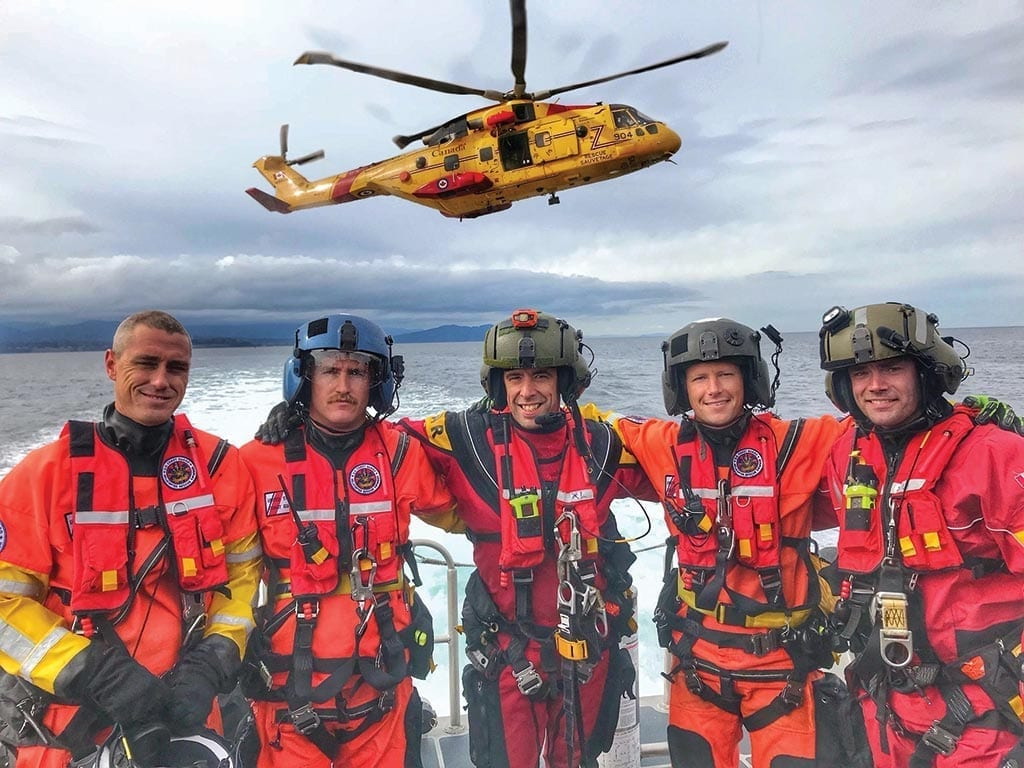 Broadly, the Coast Guard is responsible for three things:

Breaking down these categories further, maritime safety entails search and rescue, an inspection of commercial vessels, licensing and investigating merchant mariners, managing waterways (including ice patrol), assisting in and advocating for recreational boating safety, and responding to pollution. The Coast Guard also manages the DGPS radio navigation system, buoys, daymarks, and other navigational aids. Maritime security involves shouldering responsibility for 361 US ports and 95,000 miles of US waterways, drug interdiction, alien migrant interdiction, enforcing fishing laws, and in times of war, national defense measures. Maritime stewardship entails preventing marine pollution, education to stop it from happening, response for when it does, and maritime law enforcement for the perpetrators.

The Coast Guard has contributed to the nation’s maritime protection since its previous incarnation was founded in 1790. The United States Revenue Cutter Service initially had a fleet of just ten cutters, known as the Revenue-Marine, to enforce tariffs and collect vital income for the young country. From this humble beginning, the Revenue Cutter Service’s responsibilities grew, taking on more maritime services and even homeland security missions, starting with the Quasi-War with France in the late 1790s.

Another historical juncture at which the Coast Guard’s lifesaving service was essential was in June 1944 as part of Operation Neptune, better known as the Normandy Landings. The weighty job of storming the beaches fell on the US Army, supported by the Army Air Force and the Navy. However, a small flotilla of wooden Coast Guard cutters called Rescue Flotilla One or the ‘Matchbox Fleet,’ was responsible for saving hundreds of Allied service members’ lives, as landing ships were damaged or destroyed by the Nazi forces’ sea defenses. While some of the Allied forces nearly mistook the cutters for enemy boats, others were incredibly grateful for the valor and expertise in rescuing them from sinking or flaming vessels. Over 400 lives were saved during the Landings alone, thanks to the efforts of Rescue Flotilla One.

The Coast Guard and Together We Served

Together We Served is a veteran locator service and network for veterans and active duty service members from every branch of the United States military. We provide opportunities for service members past and present to interact and make new friends or even reconnect with fellow Coasties from boot camp or previous assignments. Simply sign up for your account, enter your service details into the service record, and you’ll be able to connect with others whose details match the time and place of your own. Create your account today!