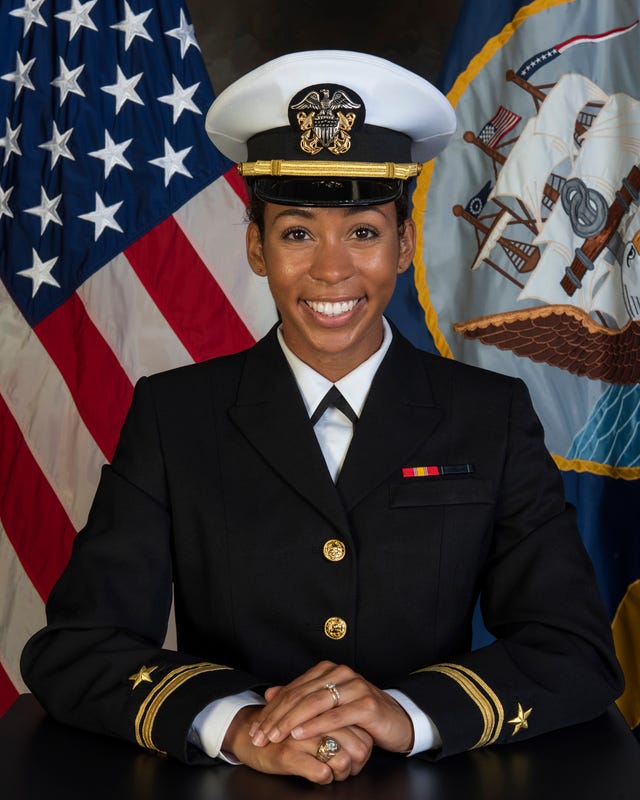 What are Navy ‘Wings of Gold’?

Earning the Navy’s ‘Wings of Gold’ is considered one of the most challenging processes that a trainee pilot can embark upon, with the requirements for Naval Aviator training the same as for the Air Force. They signify that an aviator has completed a grueling multi-phase course of flight and physical training. The class that Swegle completed consisted of:

Swegle’s achievement appears to have first been made public Tuesday when Twitter user @paigealissa posted photos of the Naval aviator smiling and celebrating next to a T-45C Goshawk two-seat training jet at Naval Air Station Kingsville, Texas.

‘Go Forth and Kick Butt’

The Navy did not immediately respond to a request for further details on the achievement. Swegle, of Burke, Va., graduated from the US Naval Academy in 2017. She is assigned to the Redhawks of Training Squadron 21 in Kingsville, Navy photo captions stated. Swegle will receive her wings of gold at a ceremony slated for July 31, the Navy captions said.