Everything You Need to Know About the Korean War 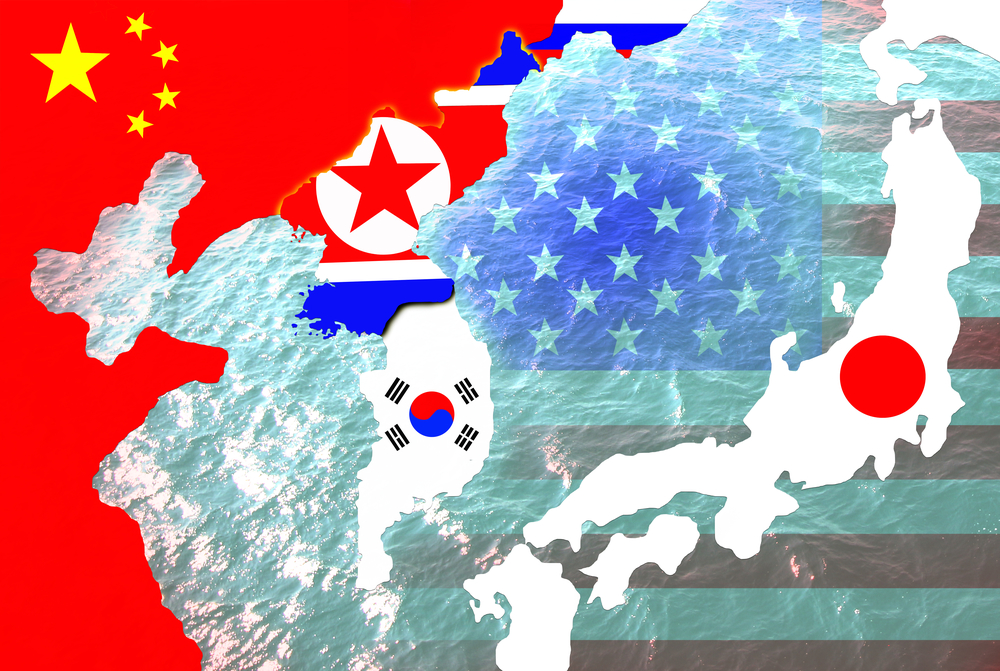 The Korean War was the first time the United States military engaged in a shooting conflict after the end of World War II; it was also the first of many sparks that really turned the Cold War hot.

From 1950 to 1953, the Korean War was at the forefront of American minds and politics. A public emerging from the World War II years and weary of fighting didn’t fully understand the threat of Communism or the Truman administration’s “containment” strategy – which meant they didn’t fully understand what happened in the first place.

Initially, the war was popular because the threat of Communism had loomed over the U.S. and her allies since the end of World War II. It was popular for the United States to take action against it. However, as the war ground on, all the American public knew was that it certainly didn’t end the way they wanted it to.

What Happened in the Korean War?

On June 25, 1950 – 70 years ago – North Korean tanks rolled across the 38th parallel and over the South Korean defenders of that border. It was not the heavily defended, ironically named “demilitarized zone” as we know it today. The early days of the Korean War were easy for the Communist North Koreans.

With indirect support from Communist China and the Soviet Union, 75,000 Communist troops overran the pro-Western South. Republic of Korea (ROK) defenders had no tanks, artillery, or heavy weapons to defend the position. Within five days, the South Koreans had lost 73,000 troops, and the capital of Seoul had fallen to the Communists.

As soon as the United States received confirmation that the Soviet Union would not directly intercede on North Korea’s behalf, President Harry Truman ordered American land and naval forces to come to South Korea’s aid. U.S. forces in Japan were quickly shuttled to the Korean Peninsula to prop up the resistance to the North Korean advance.

The Communists overran even the American reinforcements due to a general lack of weapons, equipment, and supplies needed to fight a war – especially in the blazing Korean summer. The Communist assault wasn’t blunted until August when the Americans established a line around a small section of the peninsula, centered on Pusan’s city (now Busan).

With Chinese supplies and Soviet support, North Korea looked ready to push the defenders into the sea. But time was not on the Communists’ side. The United Nations passed U.N. Resolution 83, which called for military aid to South Korea to push North Korea back to the 38th parallel. Reinforcements from the mainland United States would arrive by September.

Meanwhile, air forces from the newborn U.S. Air Force and the U.S. Navy wreaked havoc on North Korean infrastructure and transportation capabilities. When the U.S. reinforcements did arrive, the Communists found themselves outnumbered.

In September 1950, Gen. Douglas MacArthur led an amphibious assault at Inchon with U.S. Marines and soldiers and ROK troops. The rope-a-dope was complete. American troops flooded into the peninsula behind the lines on Sept. 15, and the U.S. 8th Army broke out of the Pusan Perimeter on the very next day.

Against all advice from China and the USSR, North Korean leader Kim Il-Sung (grandad to today’s leader, Kim Jong-Un) did not redeploy to meet the Inchon Landing or to defend Seoul. Nine days later, Seoul was recaptured, and the road to North Korea’s capital at Pyongyang was wide open. The North Korean People’s Army (KPA) was rapidly disintegrating. On Oct. 1, 1950, U.N. forces invaded North Korea.

China had been ready to intervene in the war from the outset if it deemed it necessary. Knowing the Americans would advance north of the 38th parallel, it massed troops along the border with North Korea. In October, the Chinese People’s Volunteer Army (PVA) silently moved across the border. When the U.N. troops reached the Yalu River, China made its move.

The Chinese first encountered the Americans in November 1950. They routed the 8th Cavalry Division and forced its retreat before disappearing into the mountains. The attack was so fast and their disappearance so sudden that the U.N. command didn’t even believe the Chinese intervention actually happened. Two weeks later, the war began in earnest.

On Nov. 13, 1950, the PVA forced the 8th Army to begin a retreat out of North Korea. The U.S. X Corps was surprised and encircled at the Chosin Reservoir two weeks later. The U.N. forces, Korean refugees, and all the supplies and materiel began to flood back down the peninsula, by land or by sea. Kim Il-Sung was relieved of any control of the war by the Chinese. Truman would fire MacArthur for expanding the war.

For the rest of the war, roughly two more years, the conflict turned into a bloody stalemate, with the frontline hovering around the 38th parallel, where it is today.

Why Was There a Korean War?

The North under Kim Il-Sung was ready to take the country by force from the outset but was always restrained by Joseph Stalin in Moscow, who believed such a move could spark a third world war with the West – something he feared.

After the KGB turned an American code clerk in the U.S. Embassy in Moscow, they discovered that much of the American military power in the area had been moved to Japan. Believing the Americans would not move to defend Korea, the Soviets gave Kim Il-Sung the go-ahead.

But Truman believed the invasion was a challenge to the free world and the United States in particular. He believed it was necessary for the free nations of the world to contain the spread of Communism – that if the U.S. and the West allowed one country to fall to Communism, the rest of the nations in the region would fall one by one, or the “Domino Theory.”

Who Won The Korean War?

By Christmas 1950, the Korean War ground to a stalemate at the 38th parallel, the place where it started and where the border is today. The war went on for two more years, but Truman opted not to run for another term as president of the United States, and the Democratic Party lost ground in the 1952 elections. Dwight Eisenhower and the Republicans won the presidency, despite the war’s initial popularity. Republicans also gained control of the House and Senate.

The United States dropped more ordnance on North Korea in three years of fighting than it did on the entire Pacific Theater of World War II. According to the Korean War Project, the United States lost upward of 37,000 troops and suffered 102,000 wounded. The locals fared far worse – some 4 million Korean and Chinese (mostly civilians) were killed, wounded, or missing.

The governments in North and South Korea never changed, even if Kim Il-Sung was forced to cede control of the Korean People’s Army to China, and President (and de facto dictator) Syngman Rhee’s South Korea wasn’t really that “free” to begin with. After a while, the only sticking point between the two countries centered on returning captured Chinese and North Korean prisoners who didn’t want to go home.

How Did the Korean War End?

The fighting finally ended on July 27, 1953, after two years of negotiations. Seoul had switched hands four times. Newly elected President Dwight D. Eisenhower (formerly general and supreme allied commander during WWII) went to Korea to find out for himself how to end it. Indian General K.S. Thimayya laid out a solution to the problem of prisoners of war, one both sides accepted.

The shooting stopped that day, but the war never did

The Korean Armistice Agreement was signed by the United Nations, the Korean People’s Army, and the Chinese People’s Volunteer Army, but Syngman Rhee’s government refused to sign. It is an armistice and not a peace treaty, which means the war is technically ongoing, though fighting has ceased.

Today, North Korea claims it won the Korean War, which it calls the “Fatherland Liberation War,” and blames the United States for starting it in the first place. The armistice established the demilitarized zone (DMZ) as we know it today, where American and South Korean soldiers stare down North Korean soldiers every day.

The Korean War, sandwiched between the romanticism of World War II and America’s traumatic experience in Vietnam, is often forgotten among the conflicts of the 20th century, so much so that it’s often referred to as “The Forgotten War.”