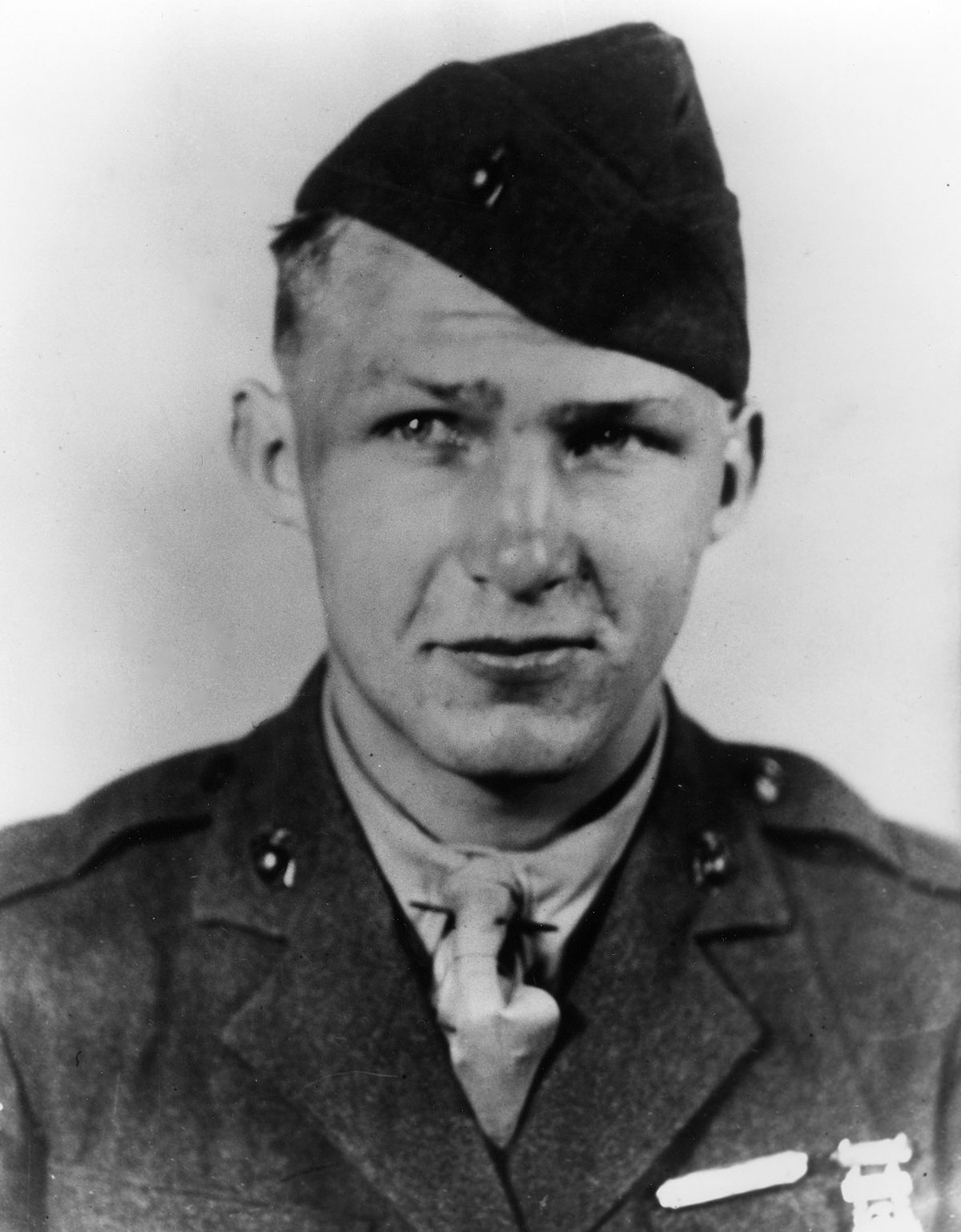 Harold C. Agerholm had a quiet start to his life. After qualifying from school in Racine, Wisconsin, he worked as a multigraph operator for the Ranch Manufacturing Company. Then in July 1942, he joined the Marine Corps Reserve.

Upon completing his recruit training in San Diego, California, Agerholm was sent to the Headquarters and Service Battery, 4th Battalion, 10th Marines, and 2nd Marine Division. He received further training for eleven months with his battalion in Wellington, New Zealand. In January 1943, Agerholm was promoted to Private First Class.

In November 1943, a year and a half after first signing up, the young marine took part in the war, engaging with Japanese forces on Betio Island, Tarawa Atoll.

It was the first time American forces faced serious opposition to a landing. The 4,500 Japanese soldiers on the island were well prepared and fought to the last man. They extracted a high price for their deaths. Throughout the incredibly intense battle, which lasted for 76 hours, the defenders killed 1,696 and wounded 2,101 US servicemen.

The main Japanese defensive plan was to stop the attackers on the beach or in the water. To do so, a large number of pillboxes and firing pits had been constructed – all of them with an excellent field of fire over the shoreline. Despite the challenges and the fierce resistance put up by the Imperial Japanese forces, the Marines won the day.

Agerholm then traveled to Hawaii to train for the impending invasion of Saipan. On June 9, 1944, just days after the D-Day landings in Europe, he sailed for Saipan.

In the build-up to the invasion, 14 battleships had fired 165,000 shells at the beaches, although fear of mines had kept the craft 5 miles out to sea. Also, the inexperience of the artillerists resulted in the bombardment not being as efficient as it could have been.

The battle to take the island raged for three weeks as the Japanese displayed the courage and fanatical approach to war as they had shown previously. The defenders launched counter-attack after counter-attack. On July 7, a battalion neighboring Agerholm was overrun.

As the Marines had been mown down by the Japanese attack, the 19-year-old offered to evacuate casualties. Single-handedly, Agerholm commandeered an ambulance Jeep and made repeated trips, under heavy fire, loading and unloading wounded men. For three hours, he battled through Japanese sniper and mortar fire to move 45 of his comrades to safety before he was cut down in the prime of his life by a sniper.

The final day of the battle on July 9 witnessed the largest banzai attack in the entire Pacific War. The suicide charge involved 3,000 of the remaining fighting Japanese and, incredibly, the walking wounded behind them.

The victory was costly for the American forces, which lost 2,949 men killed and 10,464 wounded. It was much worse for the Japanese. The defenders, who fought so fiercely to resist the invasion, had almost their entire garrison of 30,000 killed. Among the dead were around 1,000 civilians who committed suicide. Emperor Hirohito ordered them to do so as he did not want the generosity offered to them by the Americans used as propaganda against Japan.

Agerholm was awarded a posthumous Medal of Honor. His citation read:

“Locating and appropriating an abandoned ambulance jeep, he repeatedly made extremely perilous trips under heavy rifle and mortar fire and single-handedly loaded and evacuated approximately forty-five casualties, working tirelessly and with utter disregard for his own safety during a grueling period of more than three hours. Despite intense, persistent enemy fire, he ran out to aid two men whom he believed to be wounded Marines but was himself mortally wounded by a Japanese sniper while carrying out his hazardous mission.”