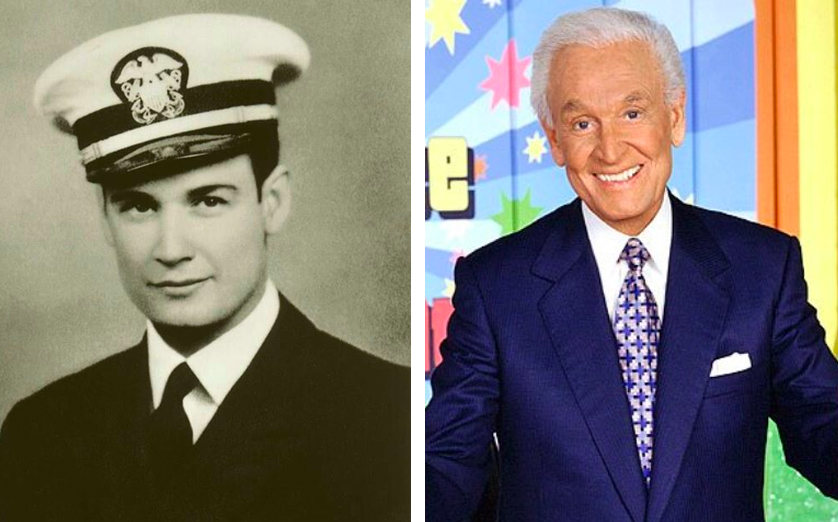 Robert or ‘Bob’ William Barker who served in the US Navy Reserves between 1943 and 1945, is best known for hosting the iconic game show The Price Is Right between 1972 and 2007. His stint on the program made him a record-breaker, the longest-running daytime game show host in North American television history. Prior to his 35-year stay with the show, he was host of Truth or Consequences, another game show, for 18 years between 1956 and 1974. However, before his career in broadcasting, Barker was a man of more modest means, who served the United States during World War II.

Bob Barker was born in Darrington, Washington on December 12, 1923. One-eighth Sioux and an official member of the Sioux Tribe, Barker spent most of his childhood on the Rosebud Indian Reservation in South Dakota. However, he attended high school in Missouri, and met his high school sweetheart and future wife, Dorothy Jo Gideon, while attending an Ella Fitzgerald there. Barker obtained a basketball scholarship and attended Drury College in Springfield, Missouri. Barker enlisted as war with the Axis became unavoidable, but was ordered by the Navy to remain at college for two years in order to become a naval aviation cadet. On June 9 1943, at the age of 19, Barker reported for duty, and was commissioned as an Ensign. He underwent preflight training, eventually receiving his insignia at Corpus Cristi in Texas. After this he went through basic training and trained as a fighter pilot. However, Barker’s active duty missions were solely training-based. He was posted at Banana River Naval Air Station in Florida, making gunnery runs on US Navy Mariner vessels, to train their crews in response to enemy action. In 1945 Barker made use of his leave to marry Dorothy Jo, and was transferred to Grosse Ile, Michigan to train on the F4U Corsair, but the war came to an end before his transfer to the Pacific Theater could come through. After the end of the war, Barker returned to Drury to complete his studies, graduating summa cum laude with a degree in economics.

Barker had gotten a taste for broadcasting while at Drury, working part-time in radio. In 1950, Barker moved to Los Angeles to pursue a career in entertainment media, and immediately landed a radio show host gig in Burbank, The Bob Barker Show, which ran until 1956. He then became the host of Truth or Consequences, but also hosted other game shows, including End of the Rainbow and That’s My Line.

Barker was also host of the Miss Universe pageants. However, Barker is best known for The Price is Right, which he hosted for 35 years before passing the torch to Drew Carey. He has made several returns since, including an April Fools’ Day appearance where he temporarily replaced Carey. As a staple of television for half a century, Barker has naturally made appearances elsewhere, including on Spongebob Squarepants, as host of professional wrestling show WWE Raw, and in Adam Sandler’s Happy Gilmore (1996).

For a long time but particularly since the passing of his wife in 1981, Barker has been an emphatic and outspoken advocate of animal rights and welfare. He has long been a vegetarian, and founded the DJ&T Foundation in 1994 (named after his wife, Dorothy Jo, and his mother Matilda) to provide spaying and neutering for dogs and cats. His sign-off on The Price is Right for decades was, “This is Bob Barker reminding you to help control the pet population — have your pets spayed or neutered.” While he was host on the show, he refused to offer or promote prizes that he felt exploited animals, such as cars with leather interiors, or anything involving the wearing of fur. In respect of his wishes, the show has continued its moratorium on fur prizes.

He stepped down as host of the Miss USA pageants after the producers refused to remove fur prizes from the lineup. He donated $5 million to the Sea Shepherd Conservation Society to surveil and expose Japanese whaling operations. He also donated $2.5 million to PETA, to fund their Los Angeles headquarters. Barker’s animal rights activism has even fomented an ongoing feud between himself and Betty White over the fate of a captive elephant. Pachyderm-based imbroglios notwithstanding, it seems Barker has retained from his days in the US Navy a desire to defend those who need it and challenge those who exploit and victimize those weaker than themselves.