Taco Rice and the Legacy of Marines on Okinawa 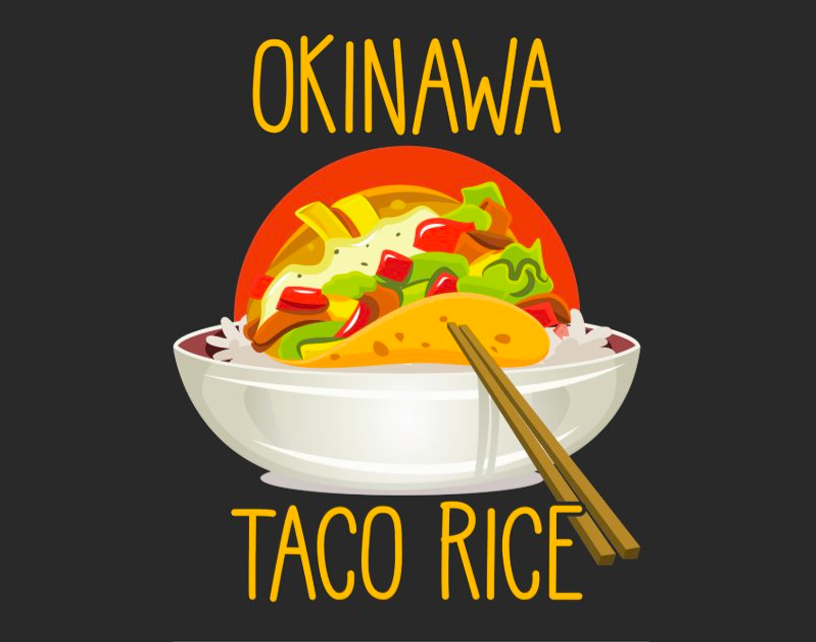 In 1984, Matsuzo Gibo added traditional Mexican-style spices to ground beef and put the spicy meat mixture on a bed of rice, then added lettuce and shredded cheese. He started selling it from his food stall as a quick lunchtime meal.

The simple dish, now known the world over as “taco rice,” conquered Okinawa faster and with far less resistance than the U.S. military did during World War II.

Gibo, who died in 2014, was the owner of the Parlor Senri food stall outside of Camp Hansen’s Gate 1 in Kin Town, Okinawa. Being just a mile away from the gate, his primary customer base was U.S. Marines and had been for a long time.

Before Taco Rice: The Fight For Okinawa

The fight for Okinawa was the last major battle of World War II and was also one of the war’s bloodiest. On Apr 1, 1945, the United States landed Marines and soldiers on the island. It was the largest amphibious landing of the Pacific War.

For a little over three months, the United States, with Allied naval support, fought the entrenched Japanese defenders for the 463 square mile island. The island fell to the Americans on July 2, 1945 – and the United States has been there ever since.

With the end of the war and the arrival of Americans came anything and everything Americans liked, including their favorite foods. The fusion of the two worlds slowly crept in.

By 1956, Okinawans were serving American GIs tacos on rice flour tortillas at a restaurant called Charlie’s Tacos. After a few decades, east began to meet west in a “Mexi-Oki” food fusion that is now well-known, not only among U.S. troops but throughout Asia and the Pacific Islands: taco rice.

“Taco rice is loved by both westerners and by the Southeast [Asians], especially the Okinawans,” restaurateur Al Shipp told the KCET show “Meals Ready to Eat.”

Shipp is a Marine Corps veteran of 20 years who served on Okinawa and started the Cafe Orleans restaurant on the island. His restaurant makes its own version of taco rice, with a cajun-creole spin.

“You basically take the taco that we know back home and replace the shell with rice. It’s east meets west. It’s us being here too, east and west; we can coexist together,” he said.

Okinawa itself, though a prefecture of Japan long before World War II, was never fully Japanese in its culture. And though the United States bases 70% of its military presence in Japan on Okinawa and controlled the island until 1972, the islanders never fully Americanized either.

But the islanders do readily accept western culture. The result is an Okinawan mixture of American and Japanese influences on the island’s own traditions. Like all things that suddenly explode in popularity, the mythos surrounding taco rice has its own theory for how it came about.

Okinawans knew Americans loved tacos, but they had trouble believing that a flimsy corn or flour shell would be enough to sustain a U.S. serviceman.

“It was more like a snack – not very filling for Americans,” Sayuri Shimabukuro, who now runs Parlor Senri, told Stripes Okinawa. “Matsuzo decided to substitute the taco shell with rice, which is relatively faster to cook and also filling, in order for the wait staff to explain the dish, he named it taco rice.”

Sayuri Shimabukuro is the granddaughter of Matsuzo Gibo and now runs both Parlor Senri and nearby King Taco. She says her Japanese customers now outnumber her American ones.

Shimabukuro is right, it is more filling than a corn shell, and for American service members stationed far from home, it’s a taste of good ol’ American comfort food.

Now known as “Tako Raisu,” the dish has achieved worldwide notoriety. The Japanese fast-food chain Yoshinoya serves it at its 1,400 worldwide locations. You can find it at the Taco Bell in Tokyo’s Shibuya district. And all over the world, it can be found at local Japanese restaurants, often with the house’s own spin on the Okinawan dish.

Although everyone generally accepts the humble origin story of taco rice, the only argument left is over whether or not it’s supposed to come topped with diced tomatoes.