Behind Enemy Lines – The 82nd And 101st Airborne on D-day 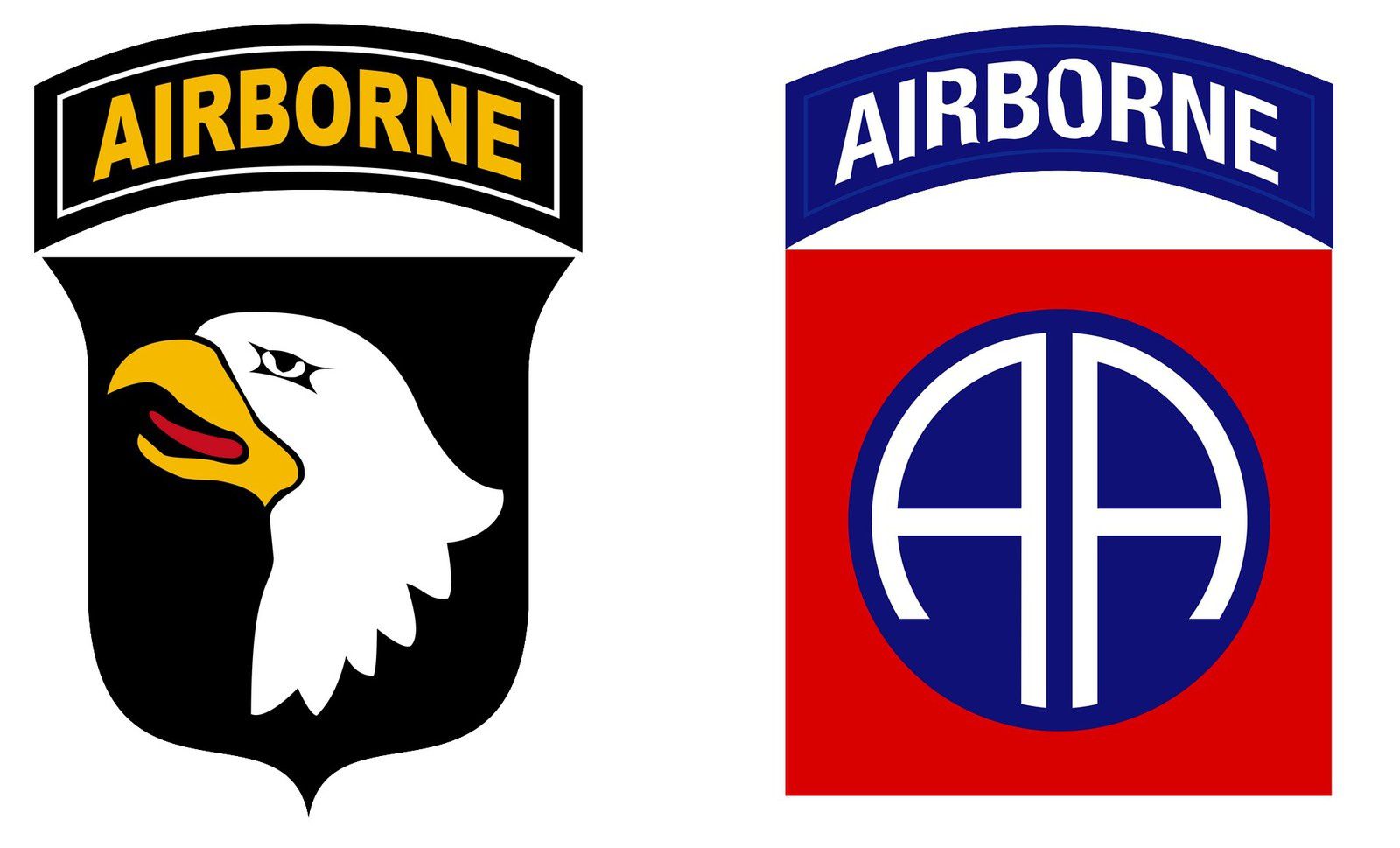 The amphibious landings of D-Day were hours away when the first combat missions by the US Army started in France. The invasion of Normandy began with a large-scale parachute drop that included 13,100 Soldiers of the 82nd and the 101st Airborne Divisions. The attack occurred during the night in the early hours of June 6th, 1944, and was the vanguard of the Allied operations in Normandy.

The troops were all part of the US VII Corps assigned to capture Cherbourg, the coastal city in Normandy, that would serve as a supply port for the Allied troops after the landing. They were also tasked with a specific mission: to block approaches into the vicinity of the amphibious landing at Utah Beach, to capture causeway exits off the beaches, and to establish crossings over the Douve River at Carentan to assist the US V Corps in joining up the two American beachheads.

Once the paratroopers landed, all hell broke loose. The heavy fighting marked the beginning of the end of the Second World War in Europe.

The operation was the subject of careful planning that lasted for over a year. Both the divisions that were trusted with the operation had already earned their fame in Italy, where they served during the Allied invasion, conducting night drops.

The IX Troop Carrier Command was formed in October 1943 as a transport force designated to carry out the invasion of Europe. In February 1944, it became apparent that the landing was going to take place in Normandy, and plans were once again drafted and offered to US commander Dwight D. Eisenhower. The night jump rehearsals were carried out in May 1944, and the men from the 82nd and 101st were all jacked up to be dropped in France, behind enemy lines.

The paratroopers were to disrupt the German defense lines and use the element of surprise while the main force landed the beaches. The mission proved to be a difficult one, for the landings needed to be carried out precisely so that the troops wouldn’t scatter and fall victim to German patrols.

The airborne assault was divided into two missions, codenamed Albany and Boston. The “Screaming Eagles” of the 101st, part of mission Albany, were the first to jump. Their drop zone was northeast of the town of Carentan. Between 00:48 and 01:40 hours, three regiments, each numbering 1800 men, parachuted into France. The pathfinders of the 101st were instructed to set up short-range Rebecca/Eureka navigation systems. These devices were intended to help the pilots in the carrier planes to find the drop zones.

One hour behind the 101st came the men of the 82nd Airborne Division, ready to make history at Sainte-Mere-Eglise. They began to drop at 01:51 hours in Mission Boston, again dropping in three waves from a fleet of 369 C-47 carrier planes. Another 6,420 men joined the fight that was already raging on the ground.

Even though the operation was well planned, bad weather meant that hundreds of men landed far from their drop zones, forming pockets of resistance that took on the well-organized German defenders everywhere. Accuracy of the drops were hindered by a lack of navigators on many of the aircraft, radio silence that prevented warnings when adverse weather was encountered, German anti-aircraft fire, and emergency usage of Rebecca by numerous lost aircraft, jamming the system and causing malfunctions.

Once the troops of the 101st and the 82nd were on the ground, they began organizing and completing their objectives, despite the difficult start and the determination of the Germans to stop them.

The initial casualties were high among the US troops, with a significant loss of commanding officers on the ground, which threatened to leave the Soldiers without appropriate leadership.

Once the US troops managed to secure their ground, a pre-dawn glider mission was sent with reinforcements and anti-tank equipment. Several other glider missions (codenamed Elmira, Galveston, Hackensack) followed up, including a resupply mission (Freeport and Memphis), reinforcing the 82nd and the 101st as the urban combat continued in Carentan and Sainte-Mere-Eglise.

After the first 24 hours, 2,500 out of 6,000 men of the 101st were under the direct command of the division headquarters. Many others were either dead or were fighting for survival deep behind enemy lines. The push for Carentan was at its crucial stage, and the men weren’t giving up, despite the chaos that followed their landing. The 82nd had consolidated its forces on Sainte-Mere-Eglise, but significant pockets of troops were isolated west of the Merderet, some of which had to hold out for several days. The dispersal of the American airborne troops and the nature of the hedgerow terrain had the effect of confusing the Germans and fragmenting their response.

As a defensive tactic, the Germans diverted the Douve River and flooded the area, making the terrain impassable for vehicles. This backfired because the flooded areas protected the American southern flank from counterattack.

The fighting continued for over a week. On June 13th, German forces using assault guns, tanks, and infantry of the 17th SS Panzergrenadier Division’s 37th SS-Panzergrenadier Regiment, along with the elements of the 6th Parachute Regiment, attacked the 101st southwest of Carentan. The Germans pushed back the left of the US line in a morning-long battle until Combat Command A of the 2nd Armored Division was sent forward to repel the attack.

The 82nd Division also played a significant role in the fighting during those days, gaining control over a bridge at Merderet and several other strategic points along the Douve river, before uniting with the elements of the 101st Divison on June 14th at Baupte.

After the battle, the number of US casualties during the airborne operation was 42 C-47 carrier planes, 1,240 (182 killed, 557 wounded, and 501 missing) members of the 101st and 1,259 (156 killed, 347 wounded, and 756 missing) from the 82nd. The strategic importance of the Airborne landings to the overall success of the invasion of Normandy is huge. Mission Albany and Mission Boston remain two of the most daring operations in the history of modern warfare.