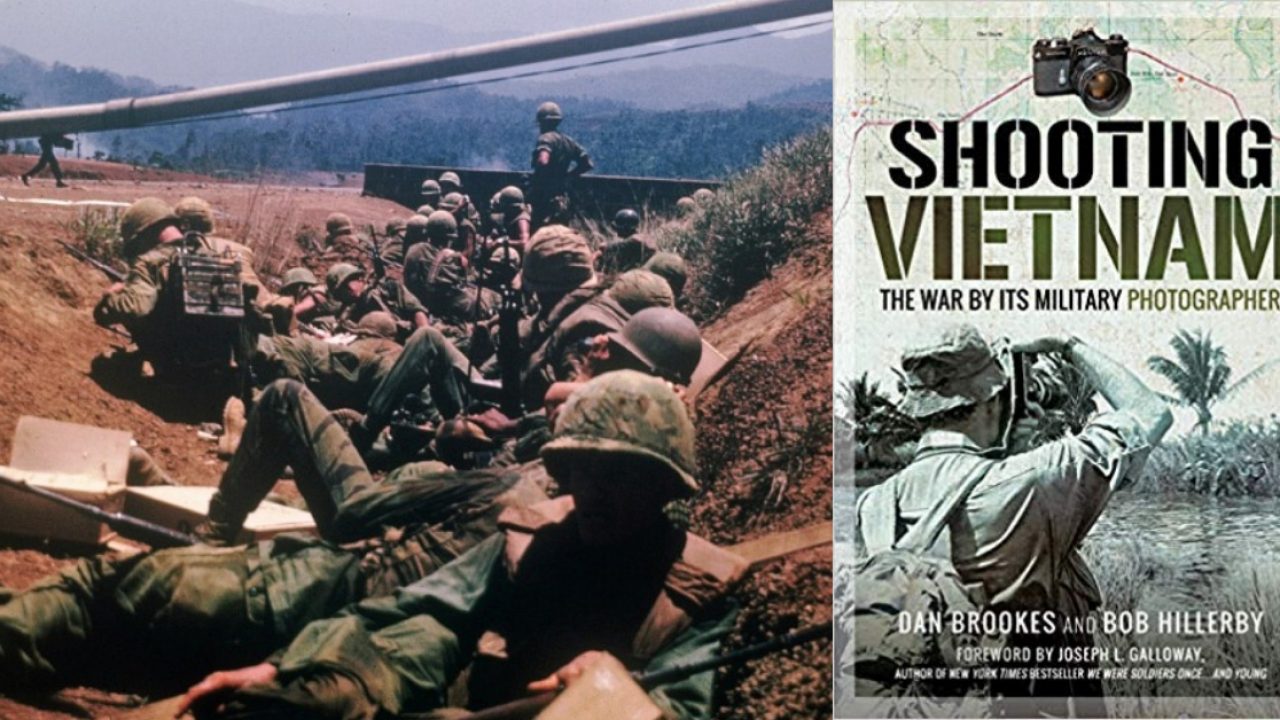 Having my feet firmly planted in the camps of archive photography and military history, I was bound to be drawn to this absorbing and often extremely personal book from Dan Brookes and the late Bob Hillerby. They recount their experiences of serving in Vietnam and offer a deep insight into the world of combat and general photography orchestrated by the US Army.

This is a difficult book to put down.

Mr. Hillerby tells an eye-watering tale of his life as a combat photographer, often in danger, ever on the alert to get the shot and stay alive.

His stories of serving with the Air Cavalry Division are stirring, to say the least. But the thing that underpins all this is his deep knowledge of his subject and the photography itself. He has left one of the most credible accounts of the war I’ve had the honor to read.

I’ve loved photography for fifty years, and this book takes the reader right into the heart of it in ways that aren’t immediately apparent. Messrs Brookes and Hillerby cherish the medium and its history, and they take us to what they describe as the most photographed war in history and offer convincing proof to back up the claim.

What shocked and saddened me was to learn just how much of that material has been scrapped by the US government in recent years; but this is by no means unusual because photo archives are often an immense drain on space, money, and labor.

We live in straightened times where luxuries like photo archives fall victim to more pressing needs.

I am reminded of a decision made by the British air ministry in WWII to scrap a vast archive of glass plate negatives from the Great War period to make the foundations of a runway. Needs as needs must.

While Mr. Hillerby’s combat diary is enthralling, the accounts from Mr. Brookes are no less fascinating. His experiences working in photo labs and doing photography of his own are a great read. The two men were mates, and the moments they catch up with each other are really nice.

They both paint pictures of interesting characters, gung-ho types, and the time servers found in any army. There are the inevitable bar girls and chancers and a fair sprinkling of REMFs to take in.

The photography is excellent, and this all adds to a book that is an essential read to anyone interested in the Vietnam War or conflict photography in general.

The authors recognize some of the best-known press snappers covering the conflict, and I detect a degree of frustration that the military snappers have failed to receive anything like similar recognition for their feats.

Fair play. A wonderful exhibition of Sir Don McCullin’s work was held in London earlier this year, where many of his classic photos from Vietnam were on show along with his helmet and some of his equipment. A Nikon that took a bullet was a standout item from the show.

Legends like McCullin are bound to stand out, but there is clearly room to learn more about the military men working without any of the fandom attached to them.

The authors take us on a much darker journey when they introduce the work of army snapper Ronald Haeberle who had the presence of mind to photograph the My Lai massacre as it unfolded. His photographs became vital evidence in the prosecution of the men who inflicted the horror. We also meet Tony Swindell who recorded other excesses.

There is no question that a degree of bitterness towards specific figures, some well-known, is intense for the authors of this book. I found these chapters to be something of a digression from the broad theme of the book and took away a real sense that Mr. Brookes had a few things to get off his chest. While these things are challenging for the reader, it is vital to have these accounts available. They take some of the caricatures out of a conflict that have been set in place by movies and the like.

This is an at times difficult book to read, but it is essential stuff. It is a book by war photographers who were also soldiers and it offers a different vibe as a consequence. I am really pleased to have read it and have no hesitation in recommending it.