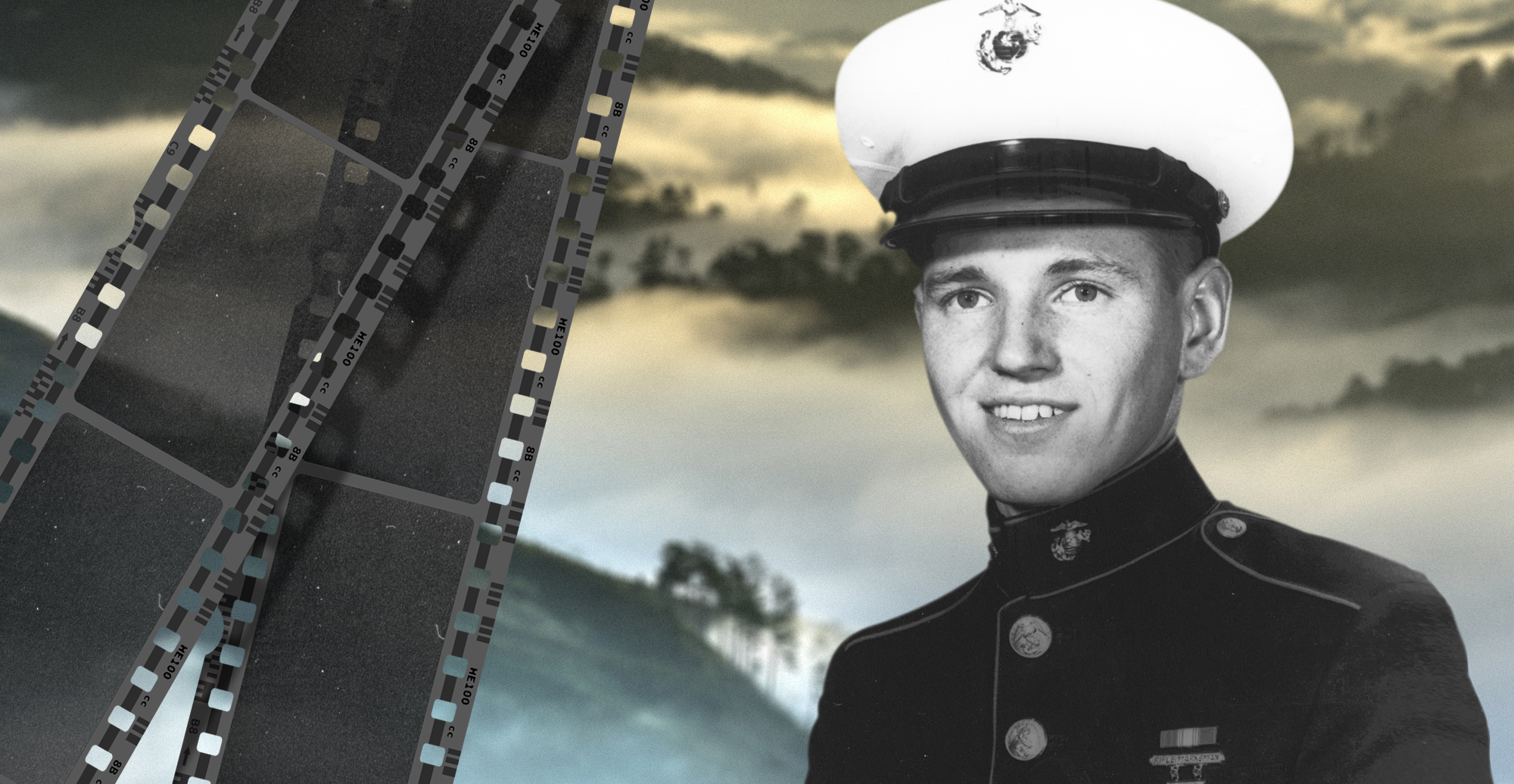 The only Medal of Honor to be awarded to a combat photographer is now on display in the Medal of Honor Gallery in the “Price of Freedom” exhibition at the Smithsonian’s National Museum of American History.

Marine Cpl. William Thomas Perkins Jr. died at the age of 20 on Oct. 12, 1967, when he flung himself on a grenade to preserve the lives of three other Marines during Operation Medina, a Marine search and destroy operation in Quang Tri Province, Vietnam. The Marine Corps posthumously awarded him the Medal of Honor for “his gallant actions.”

Perkins’ mother, Marilane Perkins Jacobson of Lexington, Ky., donated the medal, her son’s letters and other personal effects to the museum’s permanent Armed Forces Collections in 2015.

“I didn’t want his possessions to end up in somebody’s brown box in a basement,” Jacobson said. “I figured they should go to the Smithsonian.”

Perkins’ award, his Purple Heart, and photography are exhibited along with his Bell and Howell camera, which shows damage from the grenade attack and is on loan from the National Museum of the Marine Corps. This is the first time the camera and Medal of Honor have been displayed together. Museum Advisory Board member Jeff Garrett, also of Lexington, assisted with the acquisition.

The Medal of Honor

The Medal of Honor is America’s highest award for valor in combat. First authorized in 1861 for sailors and Marines and the following year for soldiers, more than 3,400 Medals of Honor have been bestowed for conspicuous and well-documented acts of gallantry in war. The Medal of Honor Gallery tells the story of the nation’s highest military honor through artifacts and interactive displays.

Jacobson told the Associated Press in 2015 that her son’s Medal of Honor was precious to her, “but I can’t take it with me. I’ve just been holding my breath and asking God to give me time to send that where it should be forever.”

Her son’s love for cameras came from his father, William T. Perkins, who worked for Eastman Kodak, headquartered in Rochester, N.Y.

Perkins Jr. joined the Marines “because they were the only ones who said he could probably work with a Mitchell movie camera,” Jacobson told the Associated Press. The Mitchell camera was a 35mm camera often used in Hollywood.

The “Price of Freedom: Americans at War” exhibition surveys the history of America’s military from the French and Indian Wars to the present conflict in Iraq, exploring ways in which wars have been defining episodes in American history. The exhibition extends far beyond a survey of battles to present the link between military conflict and American political leadership, social values, technological innovation, and personal sacrifice. The heart of the story is the impact of war on citizen soldiers, their families and communities.

Asked what she wants people to learn from her son’s effects, Jacobson told AP, “As far as I’m concerned, the war was a waste, and I hate war. Not too many other people threw themselves on grenades to save other people. But I would think they would think he had great character, which he did, and he lived a lifetime in 20 years.”