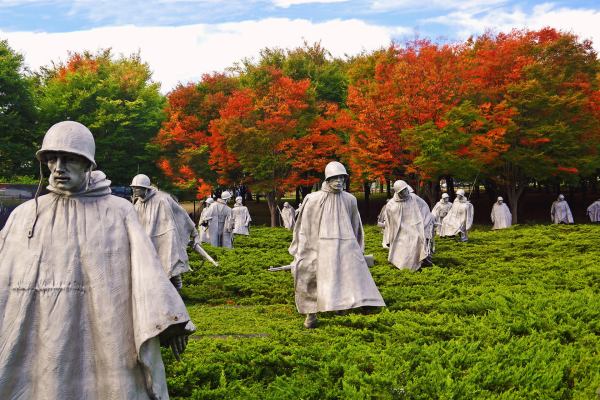 “When you hear them trumpets, it ain’t Harry James!” came the shout of the troops at Pusan Harbor as we prepared to disembark there for assignment to our respective battle units. These American troops, of course, were referring to the way the Chinese and North Koreans blew trumpets and bugles when they attacked. It was early March of 1952, and these jeering soldiers were waiting for us to disembark from the Japanese luxury boat that had brought us from Sasebo, Japan, to Pusan, so they could get aboard and start their trip back to Japan and then to the States. They had served their days of warfare: we were just starting ours. How I envied them.

We had finished “Flash” training at Ft. Sill, Okla., in late 1951 and left there for a short leave at home before heading to Korea. We were detained in Japan for a few weeks while we attended Medical Aidman’s school at Shinyodayama, then continued to Korea with an additional Military Occupational Specialty added to our records.

I was assigned to Battery B, First Field Observation Battalion, 10th Corps in Korea which was located on the east coast. We were approximately 20 miles above the 38th parallel – just northeast of the Punch Bowl – and had one of our OPs only about 70 yards away from the enemy position known as Luke’s Castle or the Rock. Our job was to use angulation methods taught us at Ft. Sill to locate enemy gun positions by their flash or smoke. When at least three of the four OPs located the gun and turned in azimuths to be plotted, the closest of us to the target-directed the 105 or 155 Howitzer fire of ours at it. Sometimes we were fortunate enough to get fire from the more accurate 8″ guns to direct onto the enemy.

How The Fire Started In The OP3

One night a recruit who had just arrived from the States was with us at OP3, where I happened to be OP chief that night. When it came time for him to pull guard duty in our small bunker, the other three of us climbed into our winter sleeping bags to get a few winks of shuteye and try to keep warm. Shortly after we had dozed off, we heard one loud explosion outside of our bunker, and then another. We all woke to realize that we were getting very close, incoming rounds. I looked at our stove and noticed that the pipe was red hot – seems our new arrival had piled way too much wood into our little bunker stove. Smoke was coming from the roof of our bunker and outside we found the canvas shelter halves that we had used to keep water out were all on fire. The blaze was making quite a target of us in the middle of the night and the enemy was making the best of the opportunity. We got the fire out, but not before receiving several 57mm rounds that were thrown at us as well as two or three mortars. Fortunately, no one was killed or injured.

We didn’t hear the trumpets that night but before my nine months stay in Korea was over, we did hear trumpets and they did not sound like Harry James. While I was in 10th Corps we were in somewhat of a standstill war with neither side attempting to take more of the other’s territory permanently but, with probes and artillery attacks occurring regularly, people were being killed and wounded.

I can well remember the helicopters landing on a pad downhill from our bunker on the backside and evacuating wounded and dead quite often. I lost two good friends on the OPs of 10th Corps and several more were wounded. We also spent a couple of weeks in central Korea when the Iron Triangle portion of the war was going on in the fall of 1952. Trying to get OPs established on Sniper Ridge there was an extremely difficult task. I was lucky to return from Korea after my nine months were up with no injuries. When I think of the many lives that were lost, I am certainly reminded that “Freedom in not free.”