The Earth Is Weeping by Peter Cozzens 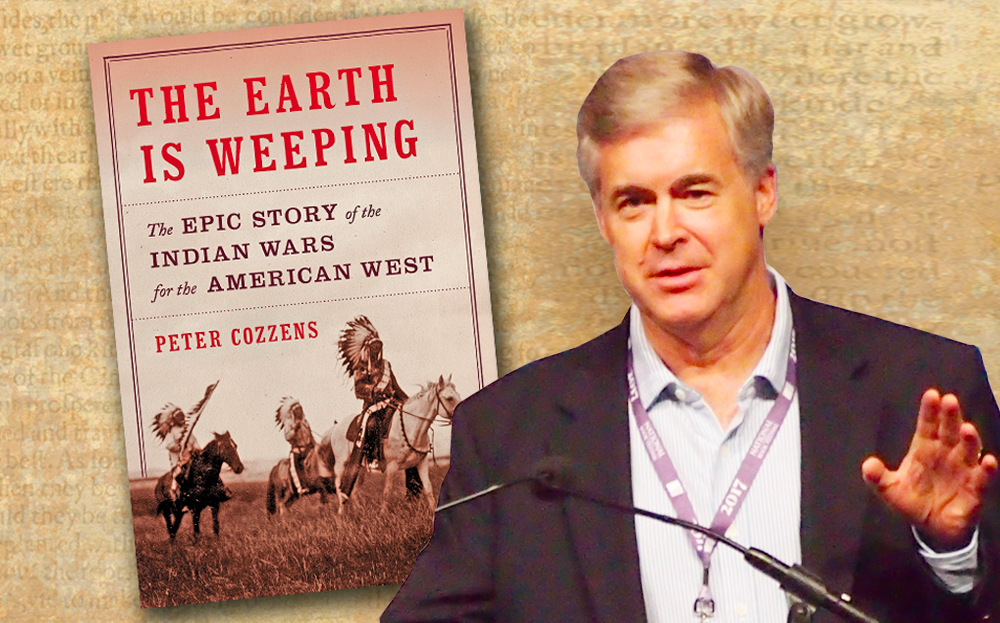 After the Civil War, the Indian Wars would last more than three decades, permanently altering the physical and political landscape of America. Peter Cozzens gives us both sides in comprehensive and singularly intimate detail.

Overview of the plot of the book The Earth Cries

He covers lots of ground, much of it bloody, thus he skips lightly over certain events, but in doing so he doesn’t gloss over anything. Even when he treads familiar ground – Red Cloud’s War, the Battle of the Little Bighorn, the Nez Perce flight and fight, the epic pursuit of Geronimo, Wounded Knee, and so forth – he relates all in surprisingly fresh and insightful fashion.

One of his major points is that Western Indians never united to oppose the white “invaders” but continued to make war on one another, as they had done for centuries. Indian tribes such as the Shoshones, Crows, and Pawnees – all of whom had been victimized by stronger tribes – cast their lot with the American soldiers, while Apaches scouted for the Army to catch other Apaches, and Lakotas often bickered with one another.

The author illuminates the intertribal strife over whether to fight or make peace; explores the dreary, squalid lives of frontier soldiers and the imperatives of the Indian warrior culture; and describes the ethical quandaries faced by generals who often sympathized with their native enemies.

In dramatically relating bloody and tragic events as varied as Wounded Knee, the Nez Perce War, the Sierra Madre campaign, and the Battle of the Little Bighorn, readers encounter a pageant of fascinating characters, including Custer, Sherman, Grant, and a host of officers, soldiers, and Indian agents, as well as great native leaders such as Crazy Horse, Sitting Bull, Geronimo, and Red Cloud and the warriors they led.
In his exceptional books, Cozzens in no way ignores injustices done to Indians, but he insists readers not ignore the white perspective, either. In short, the author achieves what he set out to do – bringing historical balance to the story of the Indian wars.

Reader reviews on the book The Earth Cries

Having read countless books about the Plains Indian wars, having studied the Apache and Southwest Indian wars, and having written a novel “Warrior at Peace” about the death of Geronimo, I can say without qualification that “The Earth Is Weeping” is the best and most captivating account of the Indian wars I have read. It is a wonderful read that makes one feel he or she is living through the times. Cozzens presents a wonderful narrative from the perspective of both sides and leaves the reader in a position where he can make his own judgments about the events. Anyone who has an interest in this fascinating period of our history must read this book as it is truly an epic story.
~ Ronald L. Chiste

For a panoramic view of how the United States government achieved its “Manifest Destiny” to stretch from “sea to shining sea,” this book is a necessity. Peter Cozzens does not allow this generation’s morality to bias his historian’s perspective and gives a detailed factual account of the myriad battles between the U.S. Army and Native American tribes which opened the country to European pioneers. In the span of three decades (1862-91) the nomadic, hunting based existence of Native Americans was finished and the endless buffalo herds had been eradicated from the plains. The government’s policy of “concentrating” all Indian tribes into small areas of undesirable land had been successful thanks to the relentless duplicity involved in each of the treaties which were signed and broken when the self-interest of the government was involved. How this was justified by otherwise honorable men of good conscience lies at the center of the book.
~J.K. Campbell

Author Peter Cozzens has written the most comprehensive account of America’s holocaust since Dee Brown’s 1970 book entitled “Bury My Heart at Wounded Knee.” The book contains 467 pages of text and covers the post-Civil War period in the American West. This is a book of intense pain and suffering in America’s land grab of routing the Native Americans from their occupied land onto uninhabitable reservations. Winter was a time when fighting took time off, but America’s ill-equipped and poorly paid army often struck in the winter burning tepees, killing individuals, and slaughtering their horses, and leaving the survivors to suffer and die in the cold.

The well-known engagements are all here such as The Little Big Horn Battle, the flight of the Nez Perce, the Sand Creek massacre in Colorado, the Washita massacre, and Wounded Knee in addition to lesser-known encounters such as Marais massacre involving the Piegan’s in northern Montana and Dull Knife’s Cheyennes.
~Bill Emblom

Peter Cozzens is the author of sixteen critically acclaimed books on the American Civil War and the American West. He also is a recently retired Foreign Service Officer, U. S. Department of State and was honored by the American Foreign Service for exemplary moral courage, integrity, and creative dissent. He has also received an Alumni Achievement Award from his alma mater Knox College.

Prior to joining the Foreign Service, he served as a Captain in the U. S. Army.

He is a member of the Western Writers of America, the Authors Guild, and of the Literary Society of Washington DC. He also has served as a juror for the prestigious Lincoln Prize and is a member of the Advisory Board of the Buffalo Bill Center of the American West.

His newest book – The Earth is Weeping: The Epic Story of the Indian Wars for the American West – was released by Alfred A. Knopf in October 2016. Amazon selected it as a Best Book of November 2016. Smithsonian Magazine chose it as one of the ten best history books of 2016. It has won multiple awards, including the Gilder-Lehrman Prize for the finest book on military history published worldwide. A Pulitzer Prize-nominee, it also was a London Times book of the year and has been translated into several languages.

A list of his books can be found at https://www.thriftbooks.com/a/peter-cozzens/283965/