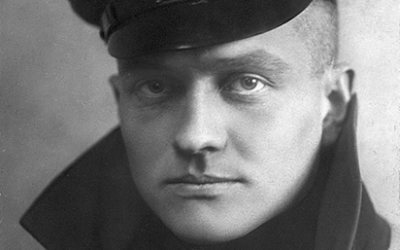 The Death of the Red Baron

The Red Baron, also known as Manfred Albrecht Freiherr von Richthofen, was born into an aristocratic Prussian family in Breslau in 1892. Son of Major Albrecht Philipp Karl Julius Freiherr von Richthofen, his education was in a succession of military schools and academies. An excellent athlete and horseman, he was commissioned in the First Regiment of the Uhlans Kaiser Alexander III in 1911. After the First World War started in 1914, he served on both the western and eastern fronts as a Cavalry Officer.