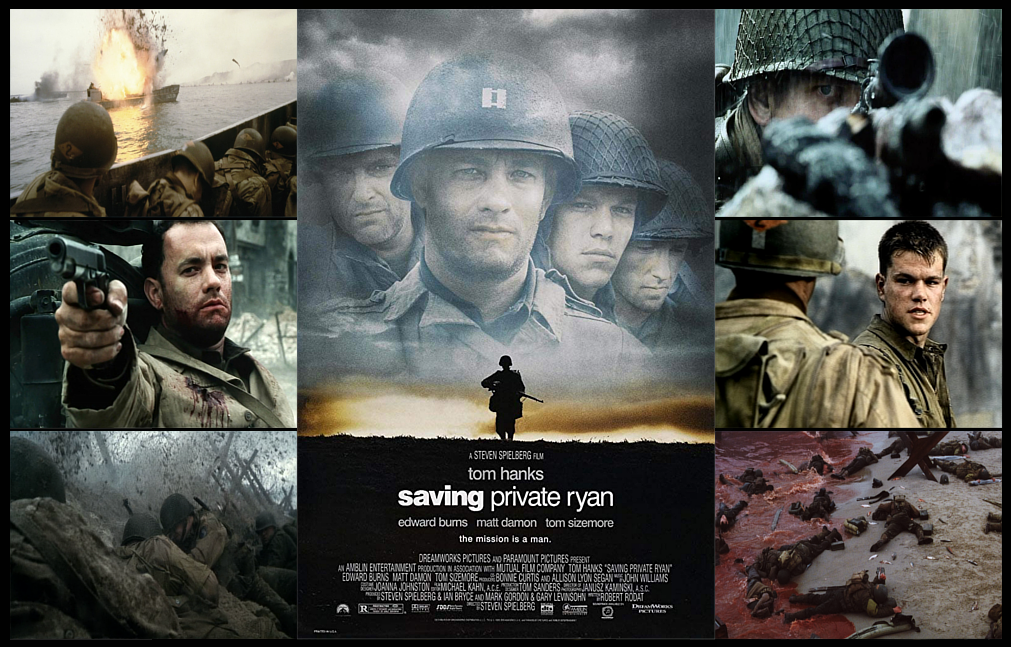 One of the most accurate and raw depictions of World War II can be found in the film Saving Private Ryan.

This film portrayed the terror and chaos that typifies war, rather than the sanitized and unrealistic images that Hollywood tended to put out in past films.

With the realism portrayed in the film, there were many behind-the-scenes tricks that director Steven Spielberg employed to ensure that the ageless footage and intense combat scenes made it from the film set to the cinema screen.

Here are a few of the little-known facts that make this film so unforgettable.

One iconic part of the film is the D-Day Landings. The realistic portrayal of the terror of the men landing on the beach, along with the inevitable chaos of efficiently getting so many men into such a small area, is realistically shown, but this came at an enormous cost.

The D-Day shoot cost $12 million, almost twenty percent of the entire $70 million budget. Even more astounding is the fact that the director had no storyboard for this section of the film.

He shot the whole thing from the seat of his pants, despite the blockbuster size of these scenes.

These scenes took over a month to shoot. Spielberg was determined that the film would be shot in the sequence that it occurred.

The Normandy Landings were shot one at a time as the actual landings happened with the Army Rangers winning one piece of beach at a time.

The filming of the fighting on Omaha Beach was shot in Ireland on Ballinesker Beach. It is almost impossible to get the rights to film on Normandy’s beaches, so Spielberg successfully recreated Omaha Beach in Ireland.

The Film was Inspired by a True Story

Many reports stated that the film was based on the lives of five Sullivan siblings who were all killed while serving in the Navy during WWII. This is not true. The film was inspired by the Niland brothers’ story; Frederick, Edward, Preston, and Robert.

Initial reports indicated that Edward, Preston, and Robert had all been killed in action. Hence, the Army sent the remaining brother, Frederick, back to his family.

Later it was found that Edward was alive when he managed to escape from a Japanese POW Camp.

Spielberg never anticipated Saving Private Ryan’s massive success, and he believed that it would have limited commercial success as it was a war film. He made the film a dedication to his father, who served as a radio operator on a Mitchell B-25, and all Spielberg was trying to do was tell the story that he had heard from a veteran.

Steven Spielberg, and the cinematographer, Janusz Kaminski, were determined to get the film to look and feel like it was shot in the 1940s.

To achieve this, they used modern cameras modified so that the images captured resembled those shot during WWII.

They paid particular attention to the D-Day scenes to ensure that they resembled the images of still photographs taken by the renowned WWII photographer Robert Capa.

To complete the vintage look of Saving Private Ryan, Spielberg toned down the movie’s color saturation by some 60% to get an authentic look.

This lack of color resulted in a backlash from television viewers who complained that there was something wrong with the film, so television companies turned up the saturation to stop the litany of complaints.

The Opening Scene was Based on an Actual Event

The film’s opening scenes portray a man entering a cemetery in Normandy and collapsing on the ground, sobbing uncontrollably.

This scene is based on a similar event that Spielberg personally witnessed when he visited a cemetery in Normandy. He saw a stranger walk in, and when he saw the flags, he collapsed and began sobbing. His family had to help him to his feet. Spielberg used that exact sequence to open his film.

Matt Damon was completely unknown before this film, and that is why he was cast as Private James Ryan. Spielberg wanted an unknown rather than a big star that may overshadow the story.

Also, Damon was excused attendance at the Boot Camp, which all the other actors were forced to attend. Spielberg hoped that the irritation felt by the rest of the cast for Damon would be reflected in the film.

Spielberg’s attention was brought to that Tom Sizemore, who was cast as Sergeant Mike Horvath, was struggling with an addiction to heroin.

Spielberg gave Sizemore an ultimatum, “stay sober or be fired on the spot.” Sizemore stayed sober, and the film was shot with no issues being raised.

Tom Hanks is a personal friend to Spielberg before the filming started. Neither man was certain that they wanted to mix their personal and professional relationships. Still, after much thought, they decided to go ahead with the project. The results were astounding.

Spielberg wrote the character of Private Caparzo, played by Vin Diesel, especially into the script after seeing Diesel in Strays’ production. His performance so impressed the director that he wrote a role especially for him.

The Script of Saving Private Ryan

The script underwent an astounding 11 rewrites before filming started, and even then, all the actors, the producers, and the scriptwriters all had input to the final script.

Tom Hanks told an interview that they discussed every aspect of the script and even discussed changing how the leading character would appear to the cinema-goers.

Some of the most poignant segments of the film were entirely unscripted. Toward the end of the film, the main character starts to ramble about an encounter between his brother and a girl in a barn.

Damon ad-libbed the entire speech, and Spielberg thought it fitted the character very well and decided not to remove it from the final cut.

Violence in the Film

The film was very nearly rated no under 17 due to the violence in the movie. Spielberg said that even if it had been assessed 18 and over, he would not have cut anything.

This resulted in the film being censored in India. When Spielberg refused to remove some of the violence, the India Censor Board withheld permission for the film to be screened in India.

Many WWII vets found it impossible to watch the entire film due to the memories triggered by the very realistic battle scenes.