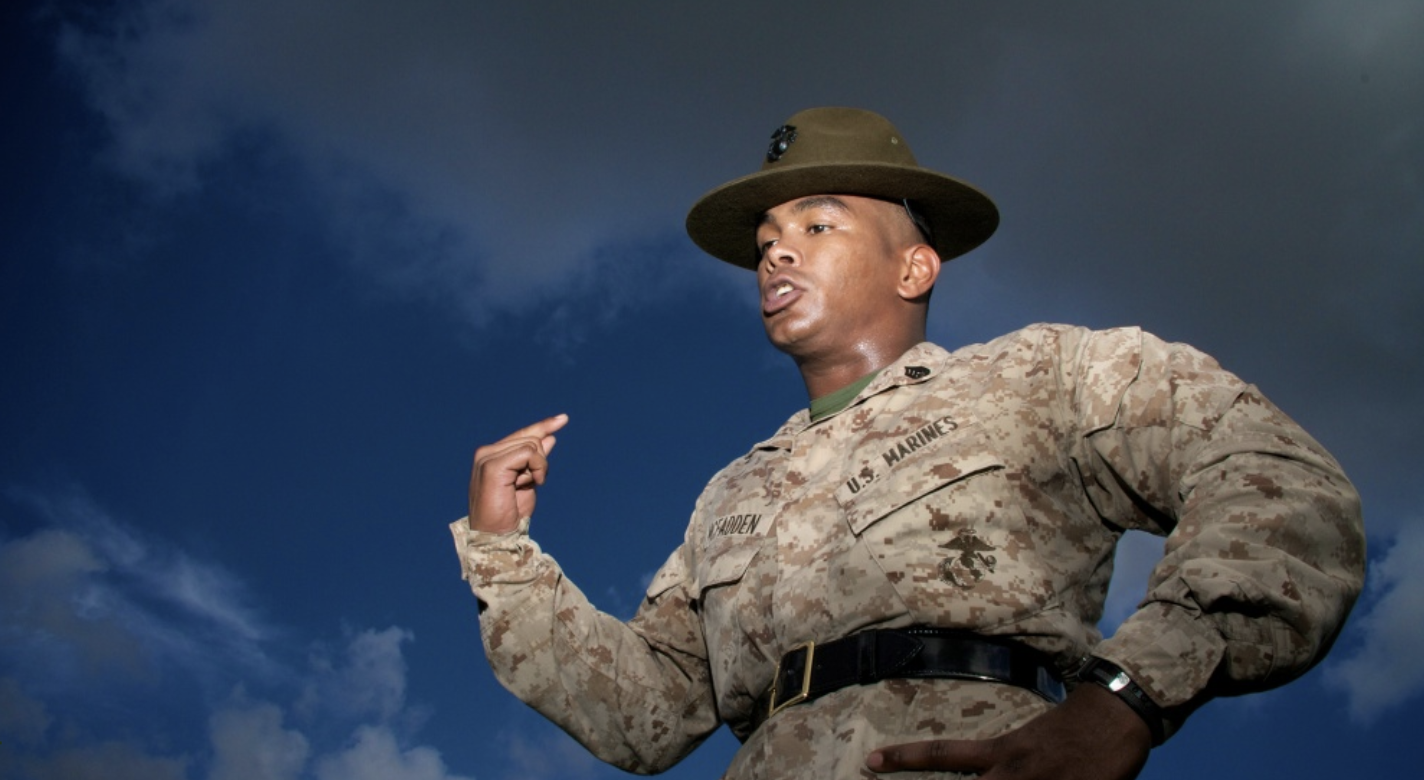 Many Marine veterans have said that the Marine Corps training they underwent on enlisting was the most challenging experience of their lives. Around the world, the reputation of Marines being the toughest fighting force is respected, and the statistics support it: Marine Corps boot camp recruits suffer more broken bones than any comparable boot camp!

What Training Do Marines Go Through?

Basic training, also known as boot camp, is a process that all United States Marines must go through to call themselves a fully-fledged member of the United States Marine Corps. Even more so than the basic training of other US military branches, Marine Corps recruit training is physically and mentally grueling. There are two recruit-receiving locations for basic training: the Recruit Training Depot at Parris Island, South Carolina, and the Recruit Training Depot at San Diego, California. Most men who enlist west of the Mississippi typically go to San Diego, while men east of the Mississippi, and all women, go to Parris Island.

There are three components to a Marine Corps recruit’s training: physical, mental, and moral.

What is The Crucible?

The culmination of a recruit’s training is The Crucible. This exercise was introduced in 1996 to test a recruit’s skills and knowledge and ensure recruits are capable of teamwork to overcome adversity. It is 54 hours long, involves 48 miles of marching, and simulates combat situations: strenuous testing, hardship, food, and sleep deprivation. Recruits are given only six hours of sleep and two MREs for the duration. In squad-sized teams, recruits must overcome physical and mental challenges. A team cannot progress until every member has passed through. Moral challenges are also sometimes faced with emphasizing the Corps’ values of Honor, Courage, and Commitment. Drill instructors will monitor particularly for recruits who succeed or fail in leadership positions. Other challenges include:

On the final day of the Crucible, recruits are awoken and begin their final march. When they arrive at their destination, they are given the Eagle, Globe, and Anchor emblem, signifying they are now full Marines. However, there are still a few weeks of the 13-week basic training remaining, which consist of adjustment to full Marine life, uniform fitting, graduation, and formal dismissal by the senior drill instructors. Marines will receive ten days of leave, potentially more, and then attend either the School of Infantry for two months of Infantry Training Battalion, or for non-infantry Marines, one month of Marine Combat Training followed by the school for their MOS.

How the Marine Corps Boot Camp Has Changed

When the Marine Corps was established, training was handled by individual barracks, with NCOs training privates in discipline, drill, weapons handling, and other skills. The training was primitive and inconsistent, even after a formal school was established in Washington, DC, around 1808. It was not for another hundred years or so, in 1911, that a mandatory two-month training schedule was established. Depots were established in Philadelphia, Norfolk, Puget Sound, and Mare Island. Norfolk was shifted to Parris Island in 1915. In 1923, Mare Island was shifted to San Diego, and the program was modified to include three weeks of indoctrination, three weeks of rifle range, two weeks of bayonet drill, guard duty, drill, and ceremonies. In 1939, to increase the number of recruits trained in anticipation of World War II, the syllabus was halved to four weeks, but the fall in standards led to a correction to seven weeks. A segregated depot was established at Montford Point for the 20,000 African-American recruits. Training during the Korean War changed from ten to eight weeks, then afterward to ten. After the Ribbon Creek incident in 1956, which resulted in six recruits’ senseless death, reform was undertaken, leading to additional command oversight. In the early 60s, training increased to 13 weeks, while during Vietnam, this syllabus was again shortened to nine weeks.

Recount Your Marine Corps Training with Together We Served

The Marine Corps basic training emphasizes putting aside selfish desire and working hard as a disciplined unit. Bonds are forged stronger in those conditions than perhaps anywhere or anytime besides in a Marine’s life. If you want to reunite with your fellow recruits from your boot camp, you can join Together We Served and enter your boot camp and dates in your service profile. Our service will recommend Marines with a similar time frame.