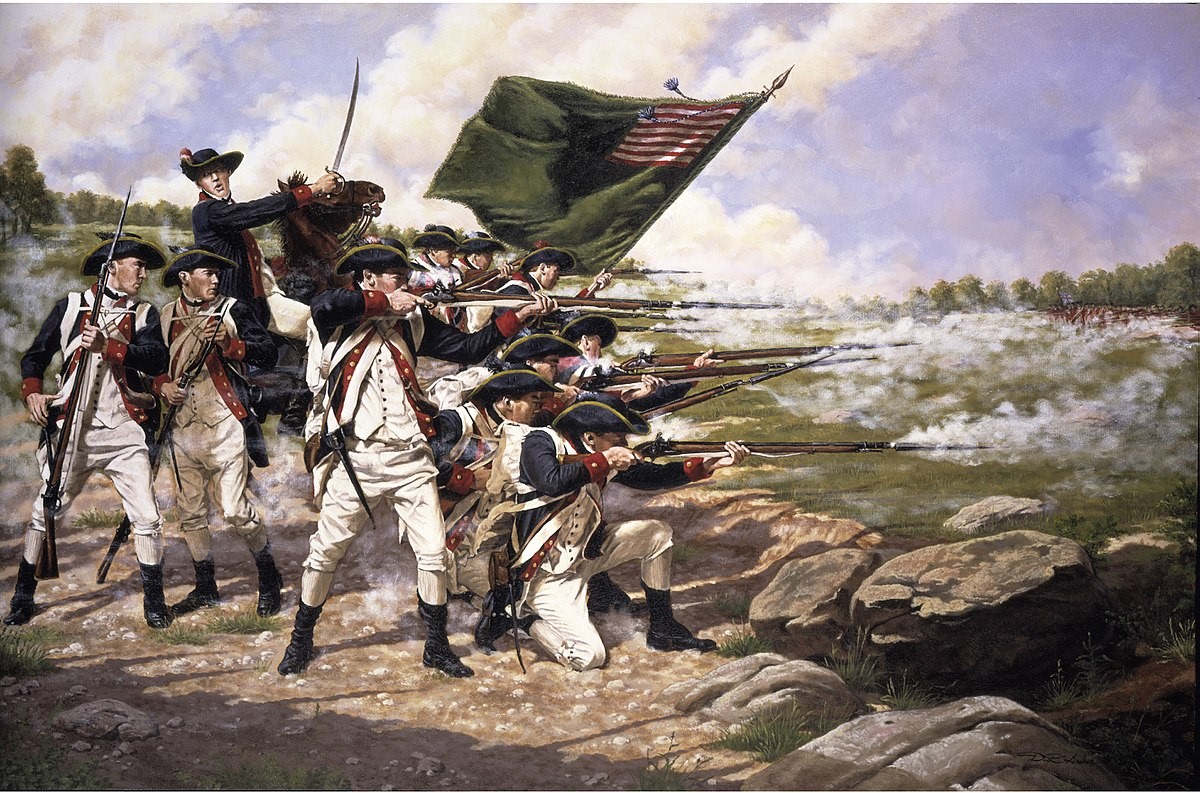 On August 27, 1776, the British Army defeated Patriot troops at the Battle of Long Island, New York. Though the Americans were soundly defeated, they could safely evacuate their troops and avoid what would have been the probable destruction of a large part of the Continental Army.

After the British were pushed out of Boston in March 1776, they next set their sights on capturing New York City and the vital Hudson River. During that summer, 32,000 British and Hessian troops under the command of Gen. William Howe arrived on Staten Island, preparing for their attack on Long Island. General George Washington, unsure where exactly the British planned to attack, split his approximately 20,000 troops between Manhattan Island and Long Island, even though he already had fewer troops than Howe.

15,000 British troops landed on the southwest shore of Long Island on August 22, with a few thousand additional Hessian troops arriving later. A portion of the roughly seven thousand American troops on the island was strung out along six miles of a ridge, with Americans protecting most of the passes through that ridge. However, one of the passes (Jamaica Pass on the American left) was left virtually undefended. The British decided on a diversionary tactic in which part of their Army would harass the American front. In contrast, most British troops would make their way through Jamaica Pass to attack the American left flank.

So, on the night of the 26th, British troops made their way through Jamaica Pass, and on the morning of the 27th, the British plan was successfully carried out. When attacked from both front and flank, the American defenses crumbled. A daring, if ill-fated, counterattack by Maryland troops helped give the surviving Patriots time to retreat to their fortifications at Brooklyn Heights.

However, rather than launching a direct assault against the Americans’ position at Brooklyn Heights, General Howe – believing the Americans were trapped between the British and the East River – decided instead to lay siege on their position. This reprieve gave Washington the chance to evacuate his troops, which he did in secret on the night of the 29th under cover of rain and fog. Using small boats, the Americans could withdraw all their troops across the East River to Manhattan without the British noticing.

The British would later pursue the Americans and eventually capture New York. Still, the Continental Army’s escape from Long Island would go down as an impressive feat that saved the Patriot Army from disaster.