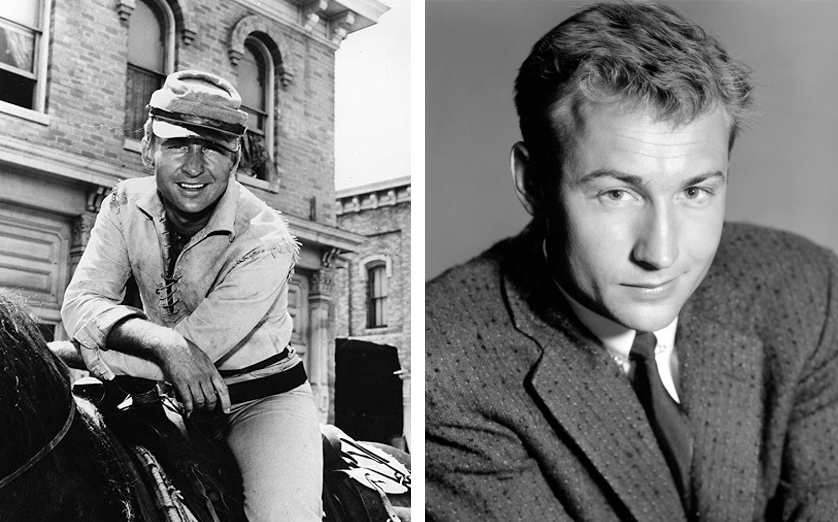 Nick Adams, who served in the US Coast Guard between 1952 and 1954, came from humble beginnings to try and make a Hollywood star of himself. Cohort of James Dean and Elvis Presley, Adams also came to an unfortunate end chasing their caliber of fame. Nevertheless, he was a dutiful member of the Coast Guard during the Korean War and following.

Nick Adams was born Nicholas Aloysius Adamshock in 1931 in Nanticoke, Pennsylvania, a company town for coal mining. Abjectly poor in the heart of the Depression, the Adamshocks left the town after Nick’s coal miner uncle was killed in a mining accident. The family drove until they could drive no more, ending up in Jersey City, NJ.

The family was still poor but had better prospects. Unlike his brother Andy, who went into medical school, Nick was a dreamer with plans of revolutionizing his family’s fortunes with a big break, be it as an athlete or a star. He was a capable high school athlete but spurned a job offer in the minor leagues with the St. Louis Cardinals as being too small-time.

Eventually, he got a referral to an agent, but splitting his time between work and auditions meant that he lost jobs. In December 1950 Adams met James Dean, as an extra in an ad for Coca-Cola, and the two became friends. He was steadily accumulating more minor credits, but union dues were gobbling up any money he made. When he could no longer afford rent, the theater workshop group he had joined let him sleep at their theater for a while. Eventually, in January 1952, Adams had an address long enough for a draft letter to reach him. He joined the Coast Guard, rated as an Electrician’s Mate. By the time he left in 1954, he had achieved the rank of Petty Officer Second Class.

The Coast Guard and the Rebel

In June 1954, Adams’ ship was in Long Beach Harbor and he decided to try and convince director John Ford to give him a part on Mister Roberts. In his best dress whites, he tricked his way onto the Warner Brothers lot and impressed Ford with his drive. Adams had enough leave to join the cast, and the director who ended up replacing Ford, Meryvn LeRoy, became a mentor to him. After Adams finished out his duty with the Coast Guard, LeRoy got him a string of supporting actor jobs.

However, WB would not give Adams a contract, considering him too short and plain to be a prospect. Nevertheless, he got a small role alongside James Dean in Rebel Without A Cause (1955), and their friendship grew closer. He also formed a strong friendship with starlet Natalie Wood. When Dean died after filming Giant (1956), Adams was brought in to redub some of his lines. Adams received criticism for exploiting Dean’s death for publicity, particularly when he created an outlandish story about an obsessive Dean fan stalking him. This, along with his successful efforts to inveigle himself into Elvis Presley’s entourage during the filming of Love Me Tender (1956), shortly after Dean’s passing, gained him the unflattering nickname ‘the Leech’.

LeRoy cast Adams again in one of his pictures, this one called No Time For Sergeants (1958). However, aware that he was being typecast as a comedic sidekick, Adams petitioned a writer/producer, Andrew J. Fenady, to write him a leading role. He and Fenady became friends, and Fenady created the role of Johnny Yuma for him: a Confederate veteran roaming the West righting wrongs. This pitch became the TV show The Rebel on ABC, arguably Adams’ most well known credit. It ran between 1959 and 1961 for 2 seasons, 76 episodes in all, and was a national success. Unfortunately, it was cancelled because of boardroom politics. The day after Adams learned his show was being picked up, in May 1959, he married former child actress Carol Nugent. Quickly after that they had their first child, Allyson Lee, in February 1960, and a second, Jeb Stuart, in April 1961.

Nick Adams and the Mysterious Death of the Rebel

The loss of his series was the beginning of the end for Adams. Though he received an Academy Award nomination for Best Supporting Actor in Twilight of Honor (1963), he ploughed considerable amounts of money into his own advocacy campaign, which at the time was seen as a desperate and distasteful practice. He was disconsolate after losing the award to Melvyn Douglas, and also suffered a blow when his next TV series, Saints and Sinners, was canceled before the end of its first season. Throwing himself into increasingly more desperate attempts at self-promotion, his marriage suffered. He starred in and produced Young Dillingers (1965), but during a TV interview promoting the film announced he was separating from his wife, a revelation that shocked everyone, including Carol, who had no idea.

Though the two publicly reconciled a week later, the damage to his reputation was done. Young Dillingers was a flop, and he left Hollywood behind to shoot B-movies in London and Tokyo. Carol filed for divorce in September 1965 after the two had separated in July. Though another reconciliation was attempted, Carol pursued a restraining order after alleging domestic violence in November 1966. Custody of their two children was bitterly contested, with a six-figure defamation lawsuit filed by Carol’s new partner. Adams’ income was shrinking at the same time that his expenses were spiraling out of control. Hollywood work was thin on the ground, and he was flying around the world to get what work he could. In 1968, he flew out to Rome on his own dime to co-star in a B-movie only to find out the project had been dropped when he arrived. On February 7, 1968, Adams’ divorce lawyer and closest contact, Ervin Roeder, forced entry to Adams’ Coldwater Canyon home, after Adams uncharacteristically dropped out of contact for two days. Roeder found Adams dead of a drug cocktail overdose: one of the components having being prescribed by his own brother, Dr. Andrew Adams. The death was ruled not to be foul play, and the death certificate classified it as an accidental suicide. Adams was still a young man, only 36 when he died. Family members and independent investigators have alleged that there were more sinister elements to the death, but nothing has ever been conclusively confirmed. In a sad twist, three of the young rebel hearts in Rebel Without a Cause, Adams, Dean, and Wood all met untimely and tragic deaths.

Despite his troubled life, Together We Served honors the service and achievements of Nick Adams and all Coast Guard members. Petty Officer Second Class Nick Adams is included on our Roll of Honor. If you are interested in discovering more about celebrities who served, we have more profiles on our blog.