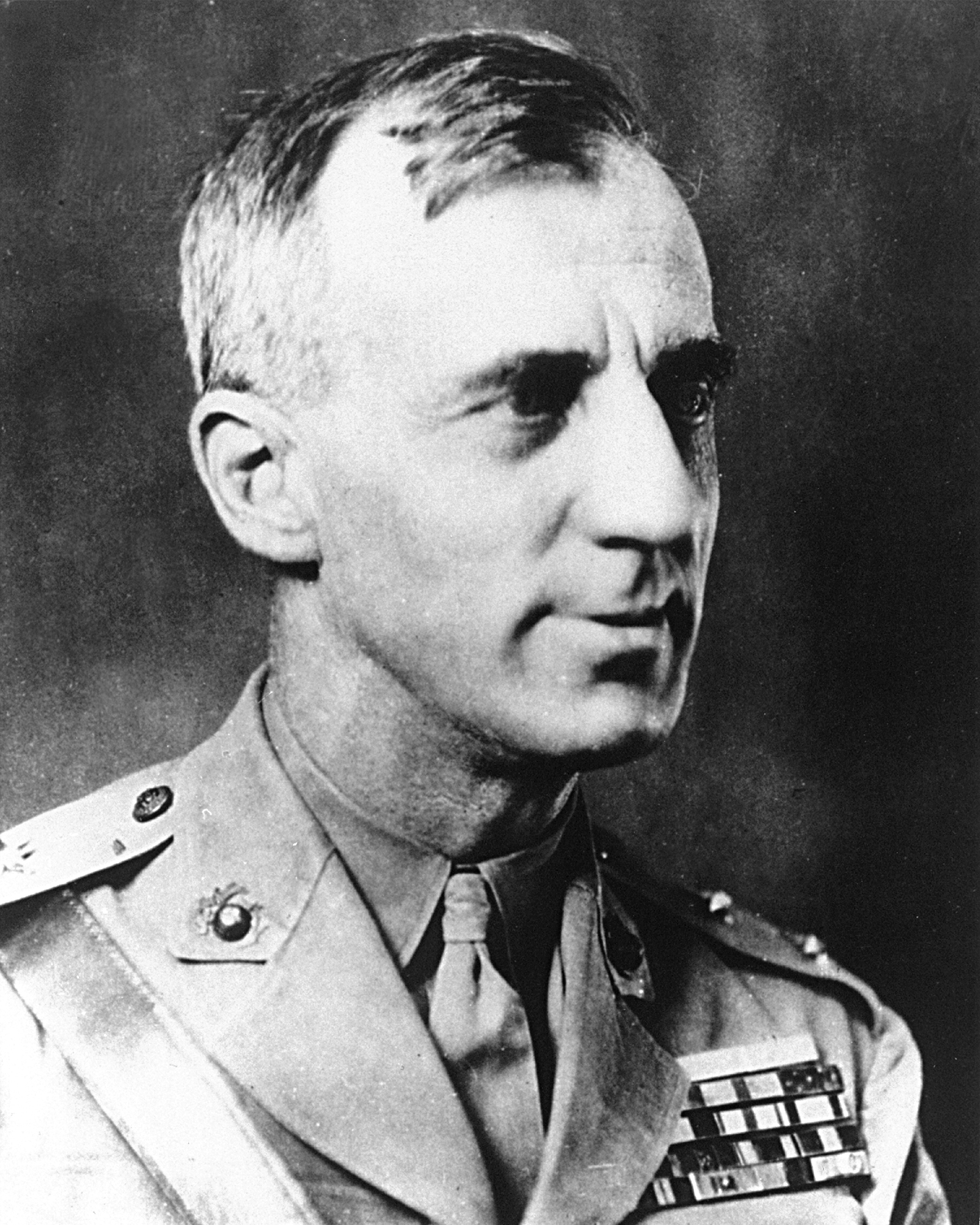 Smedley Butler may be the best-known double Medal of Honor recipient and one of the most popular military Generals in U.S. history. Butler served 33 years in the Marine Corps and had a role in the Spanish-American War in Cuba, the Philippine-American War in Manila, the Boxer Rebellion in China, the Banana Wars in the Caribbean, the Mexican Revolution, and World War I. Butler’s first Medal of Honor was earned during the Mexican Revolution when the then-major fought block to block in the streets of Vera Cruz to rid the city of the. resistance. His second award occurred a year later in 1915 when his Marines engaged in hand-to-hand combat with the Caicos resistance, a lower society of miscreants who formed a gang to wreak havoc in Haiti.

Smedley Butler is One of the Most Revered Military Generals in U.S. History

His wartime heroics became legendary, and he is one of the most recognized Marines of all time. Butler also introduced the Marine Corps’ first unofficial mascot, a bulldog named Jiggs, in 1922. It birthed a tradition, with all following mascots being awarded a service contract of “life” with duties of “sit, stay, and lie down.” “The Fighting Quaker,” which was a nickname for the Pennsylvania native, wasn’t afraid to speak his mind, and Butler wrote several short stories in “War is a Racket,” discussing how those in power profit from war.

Although he only served as the director of public safety in Philadelphia for one year, his impact helped establish police reform in the city, which was full of corrupt public officials. He was labeled as being “incorruptible” and formed his own ragtag group of bandit-chasing police. The squads patrolled in armored cars with radios and carried sawed-off shotguns. The 1920s were fret with speakeasies, organized crime, and untrustworthy politicians. Butler later said, “Cleaning up Philadelphia’s vice is worse than any battle I was ever in.”

He died in 1940 as one of the most revered military Generals of all time.