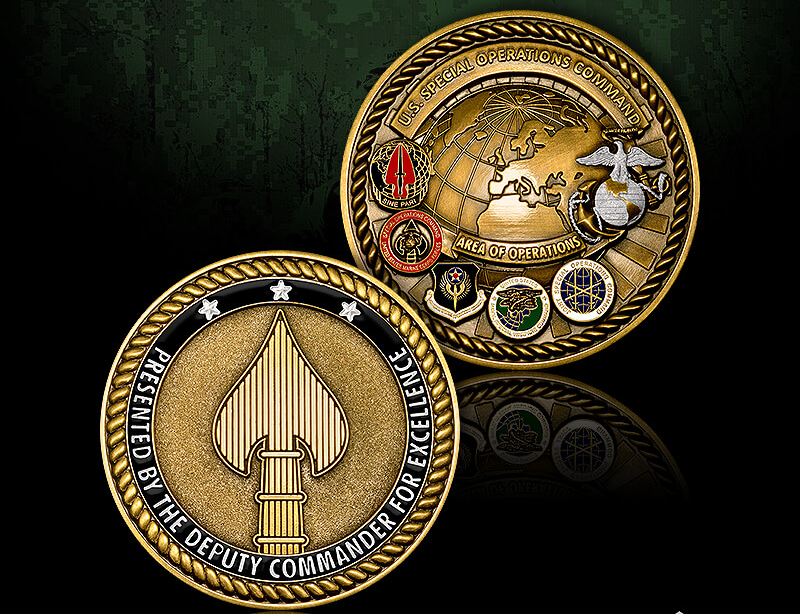 Along the way, the general became a legendary Special Forces officer, revered by many in the close-knit community of Green Berets.

Born in Lithuania in 1934, Shachnow faced oppression in his homeland and found his calling in the U.S. Army after immigrating to America in 1950.

He enlisted in the military in 1955 and served for more than 39 years, including 32 in the Special Forces community.

“Maj. Gen. Sidney Shachnow truly lived the American dream,” said officials at the Special Warfare Center and School, which the general commanded from 1991 until his retirement in 1994. “He came up through the ranks from private to major general through hard work and selfless service to this nation and the men and women under his command.”

As a 7-Year-Old Boy, Maj. Gen. Shachnow was Imprisoned in the Kovno Concentration Camp

“Even in retirement, Maj. Gen. Shachnow remained committed to the Special Forces Regiment, serving in a variety of volunteer roles and serving on a number of boards,” officials said. “He continued to provide sage guidance and sound counsel to commanders throughout the enterprise, and specifically here at the Special Warfare Center and School. Maj. Gen. Shachnow cast a long shadow, and we will miss him dearly.”

As a 7-year-old boy, he was among thousands of Jews imprisoned in the Kovno concentration camp near Kaunus, Lithuania.

For three years he endured countless brutalities in the camp and was forced to watch helplessly as almost every single one of his extended family were slaughtered.

To increase his prospects of survival, young Shachnow performed heavy manual labor under harsh conditions. He narrowly escaped death only days before Kovno’ s gruesome “Children’s Action” of March 27 – 28, 1944, when Nazi troops rounded up all children in the camp and marched them to The Ninth Fort for execution or to Auschwitz to be gassed.

“Our camp did things the old-fashioned way,” he said in a speech at Elon University, in North Carolina, in 2014. “Several bulldozers would dig a ditch; people would be asked to move to the edge of the ditch. In most cases, they were naked. Automatic weapons would kill them. They would fall into the ditch, some wounded and not dead, and if you were lying on the ledge, an individual would throw you into the ditch.”

After years of escalating brutality (in one instance, a guard beat him with a shovel), his family devised an improbable but successful escape plan for him. Leaving behind his weeping parents one morning before dawn, 9-year-old Sidney hid under his Uncle Willie’s long coat as the uncle, with Sidney moving in rhythm with him, walked through the gates, passing guards and a work detail that was often sent outside the ghetto. Shortly afterward, children at the camp were liquidated.

When he and his uncle reached the streets beyond the gates of the ghetto, he said, his uncle gave him a prearranged signal to emerge from under the coat and find his contact, a woman wearing a red kerchief. Following the route he had been given, he found her and followed her to temporary safety – in a storage room of a building with a table, chairs, and a toilet.

Afterward, he was taken in by a Roman Catholic family and lived with them for several months. He was then reunited with his mother, and his younger brother, Mula, who had been smuggled to safety disguised as a girl. For a while, they lived in the family’s house in Kaunas with Soviet officers; the Red Army had by then taken control of Lithuania.

But fearing that the Communists would seal the country’s borders after the war, Sidney left with his mother and brother on a six-month 2,000-mile trek by foot, wagon, and train through Lithuania, Poland, Czechoslovakia, Hungary, Austria before settling in Furth, Germany, near Nuremberg, in the fall of 1945. His father, who had been fighting the Germans with partisans, rejoined them, and they charted a path to the United States.

To make a living in war-torn Nuremberg, Shachnow resorted to pirating black market contraband such as nylon stockings and chocolate. It was during this time that he learned to speak German.

“After I finished that experience, I was very cynical about people,” he said. “I didn’t trust people. I thought that there is a dark side to people. If you leave things to people, they’ll probably screw things up.”

In 1950 the family left Germany on a Navy transport ship and arrived in Boston. Sidney, his parents, and brother settled in Salem, Mass., where relatives had preceded them to America.

Sidney attended high school but dropped out in 1955 and joined the Army. He married Arlene Armstrong – a Jewish-Catholic union that his parents opposed.

After moving to the United States, Shachnow began a new life with his family in Massachusetts but dropped out of school to enlist in the Army, despite hardly being able to speak English.

He later attended Officer Candidate School as a Sergeant First Class and was commissioned in 1960 as an Infantry Officer. He served with the 4th Armored Division until 1962 when he volunteered for Special Forces.

He served with the 5th Special Forces Group. He commanded the secretive “Detachment A,” a small team of Special Forces soldiers who operated in Berlin during the Cold War and prepared for a possible war with the Soviet Union. Many of its members later went on to help form Delta Force (B-52).

His status grew as Special Forces grew, rising to the rank of Major General, receiving both a master’s and an honorary doctoral degree along the way. He traveled the world, from Vietnam to the Middle East, Africa, Europe, Korea, and back to Germany as commander of all-American forces in Berlin when the Berlin Wall was toppled, near the end of the Soviet Union.

“Here it is the very capital of fascism and the Third Reich. The very buildings and streets where they were goose-stepping and heil-Hitler and the very system that put me in the camp and killed many people,” he said. “Here we are 40 some-odd years later, and I come back to be Commander of American forces in that city and a Jew on top of that. It sorts of adds insult to injury, doesn’t it?”

While serving in Infantry, Airborne, Airmobile, and Special Forces units, he also earned degrees from the University of Nebraska and Shippensburg State College in Pennsylvania. And he received an honorary doctorate from the Harvard Executive Management Program.

He also was honored with the U.S. Special Operations medal for outstanding contributions to the special operations community and is included on the honor roll in the Infantry Officers’ Hall of Fame at Fort Benning, Georgia.

Following his retirement, Shachnow authored a best-selling autobiography, “Hope and Honor,” which was published in 2004.

And Bob Charest, a veteran of Detachment A who twice served under Shachnow, said the general would be remembered as one of the greatest leaders in Special Forces history.  “He stood out throughout his career,” Charest said. “He is quite an icon among Special Forces troops.”

Maj. Gen. Shachnow, 83, who lived in Southern Pines, died Sept. 27, 2018, and is survived by his wife Arlene, four daughters, and more than a dozen grandchildren.

But his legacy lives on.