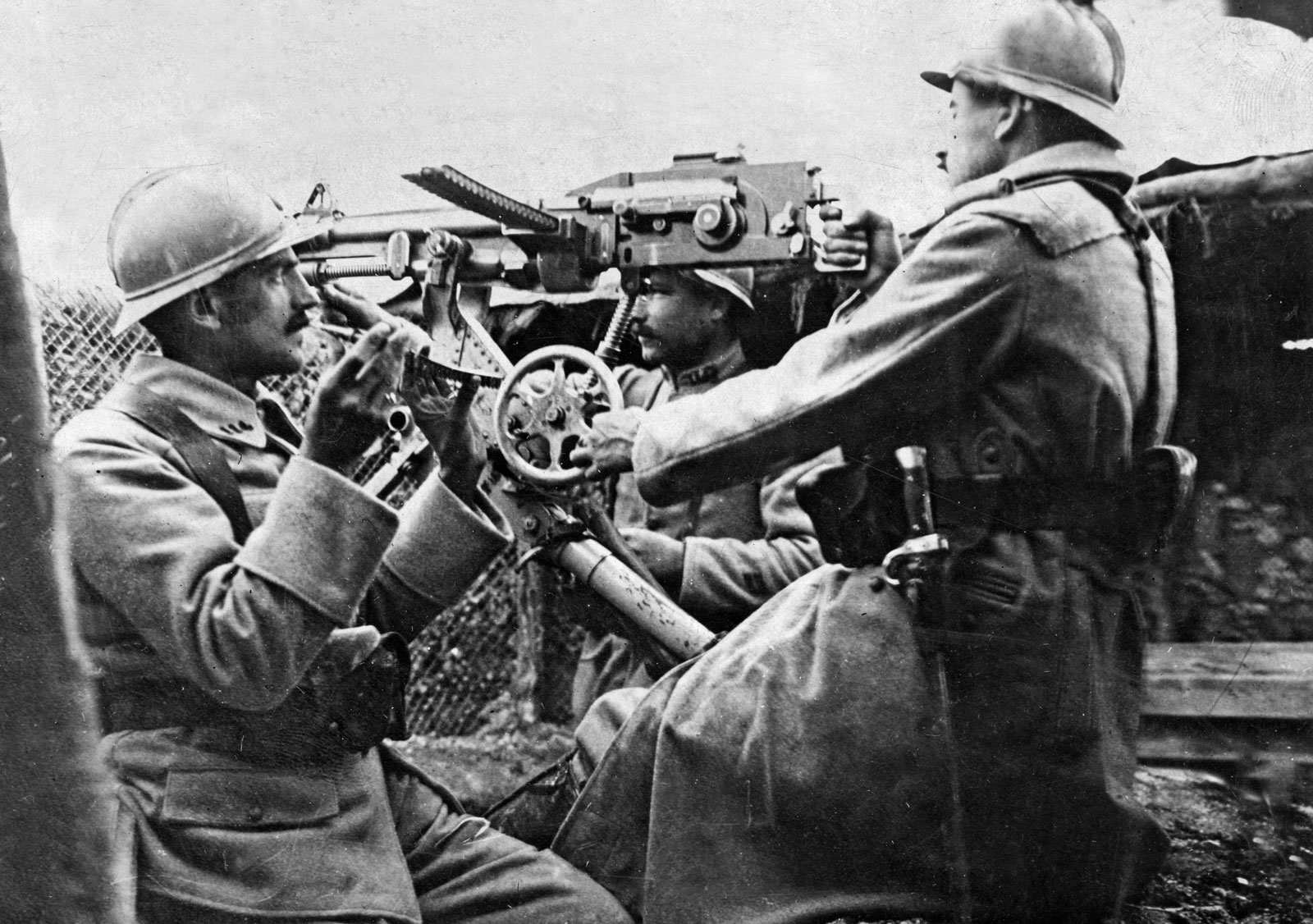 The First Battle of the Somme is famous chiefly on account of the loss of 58,000 British troops (one third of them killed) on the first day of the battle, July 1, 1916, which to this day remains a one-day record

The attack was preceded by an eight-day preliminary bombardment of the German lines, with expectations that the ferocity of the bombardment would entirely destroy all forward German defenses, enabling the attacking British troops to practically walk across No Man’s Land and take possession of the German front lines from the battered and dazed German troops

However the advance artillery bombardment failed to destroy either the German front line barbed wire or the heavily-built concrete bunkers the Germans had carefully and robustly constructed. Much of the munitions used by the British proved to be ‘duds’ – badly constructed and ineffective.

The attack was by no means a surprise to the German forces. The chief effect of the eight-day preliminary bombardment served merely to alert the German army to imminent attack.

At the start of the First Battle of the Somme (July 1, 1916) the attacking wave of the offensive went over the top from Gommecourt to the French left flank just south of Montauban. Many troops were killed or wounded the moment they stepped out of the front lines into No Man’s Land. Many men walked slowly towards the German lines, laden down with supplies, expecting little or no opposition. They made for incredulously easy targets for the German machine-gunners.

The British troops were for the most part forced back into their trenches by the effectiveness of the German machine gun response.

Despite heavy losses during the first day – 58,000 British troops alone – the offensive persisted in the following days. Advances were made, but these were limited and often ultimately repulsed.

Snow – brought a halt to the Somme offensive

Despite the slow but progressive British advance, poor weather – snow – brought a halt to the Somme offensive on November 18. During the First Battle of the Somme the British and French had gained only seven and a half miles of ground, the taking of which resulted in 420,000 estimated British casualties, including many of the volunteer ‘pal’s’ battalions, plus a further 200,000 French casualties. German casualties were estimated to run at around 500,000.