The Only U.S. Woman POW in WWII Europe 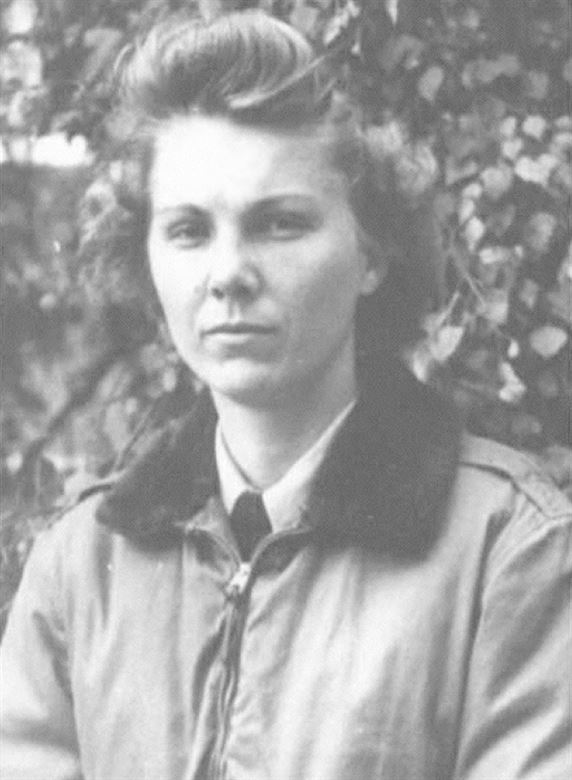 On September 27, 1944, a C-47 assigned to the 813th Medical Air Evacuation Squadron lifted off from England into the clear morning sky. Its destination was a landing field at St. Trond, Belgium, to pick up casualties. Since the aircraft usually carried military supplies and troops on the outbound flight and casualties on the return trip, it was not marked with the Red Cross.

Aboard the aircraft was 24-year-old Texas-born Second Lt. Reba Whittle, an experienced flight nurse with 40 missions and over 500 hours of flight time.

Accident on the Plane in Which There Was Lieutenant Reba Whittle

Somewhere along the way to Belgium, the plane strayed far from its intended route, entering German airspace where it was hit by German flak a couple of miles outside Aachen. The crew braced themselves as the plane gained and lost elevation from heavy shrapnel tearing through its thin-skinned fuselage and disabling an engine. Whittle held onto her seat for dear life as they began to nosedive.

On impact, Whittle was violently thrown from her seat and into the navigator’s compartment five feet away. Sergeant Hill, her surgical technician, was wounded in the arm and leg, one of the pilots was killed, the other badly hurt. Whittle herself suffered from a concussion and injuries and lacerations to her face and back. Dazed, the crew immediately evacuated the burning plane through the top hatch. As soon as the last of the crew had left the plane, they saw German soldiers had arrived and were pointing their rifles at them.

Whittle was startled when a German soldier suddenly stepped forward, set down his rifle, grabbed a bandage out of his bag, and began to wrap it around her head. She didn’t even know that she was bleeding.

Soon the other Germans followed his lead and began providing the rest of the aircrew first aid before marching them the two miles to Aachen.

In Aachen, they were led to a brick house where they were each given some fruit to eat before being questioned by an English speaking officer. They each gave the officer their name, rank, and serial number (as required by the Geneva Conventions) and were then taken into the kitchen where they were given coffee with black bread and butter.

When finished eating, the five American prisoners were ushered onto an old bus and driven 40 miles to their next destination. After driving through a tall metal fence, they were taken into an office filled with officers working on assorted paperwork and led upstairs to sleeping quarters.

The four men were given one room, and Whittle was given another.

About an hour and a half later, the five were awakened and taken back downstairs where another English speaking officer question each of them as the officer had done at their previous stop. At 1100, they were loaded into the back of a truck and brought to a German military hospital where the doctor finished Whittle’s treatment and said, “Too bad you’re a woman, you are the first one, and no one knows exactly what to do with you.”

On October 1, 1944, the group was separated as the men were sent to a nearby Stalag or prison camp, and Whittle waited for the Germans to decide on what they were going to do with her. Five days later, she was sent to Stalag IXC or 9C in Meiningen, where she was assigned to work in the hospital, caring for her fellow POWs.

A Swiss legation that negotiated POW transfers, mostly of wounded prisoners, discovered her in custody and began to arrange her release.

Whittle was escorted by the German Red Cross away from the camp along with 109 male POWS as part of a prisoner exchange. She was then transported by train to Switzerland along with other prisoners who were being returned on medical or psychiatric grounds, then flew back to the United States.

She returned to duty in the hospital at Hamilton Field, California, where she was awarded the Air Medal and a Purple Heart and promoted to First Lieutenant. She also married Lieutenant Colonel Stanley W. Tobiason, her fiance before being captured. They later had two sons, one who was a naval aviator who flew a mission in Vietnam. She was discharged on January 13, 1946.

Whittle suffered from an assortment of physical and psychiatric problems. She sought compensation from the Veterans Administration, and in 1950 began a series of appeals for military medical retirement. Despite diagnoses of post-traumatic encephalopathy, chronic severe anxiety reaction, and early lumbosacral arthritis, her appeals were denied.

Whittle also applied for and was denied, POW status. The problem was her status as a POW was undocumented by the U.S. military. She had been ordered by the Army not to talk about her experiences – a common wartime regulation designed to protect military personnel still held by the enemy.

She and her husband continued to fight the bureaucracy to recognize her POW status and to receive back pay. She finally accepted a cash settlement in 1955.

While nurses who were imprisoned in Asia had received a hero’s receptions upon their release, Whittle’s story was kept quiet by the Army and barely noticed by the media in the celebration of the war’s end.

Whittle died of breast cancer in 1981. Her POW status was officially conferred by the military two years after her death in 1983.