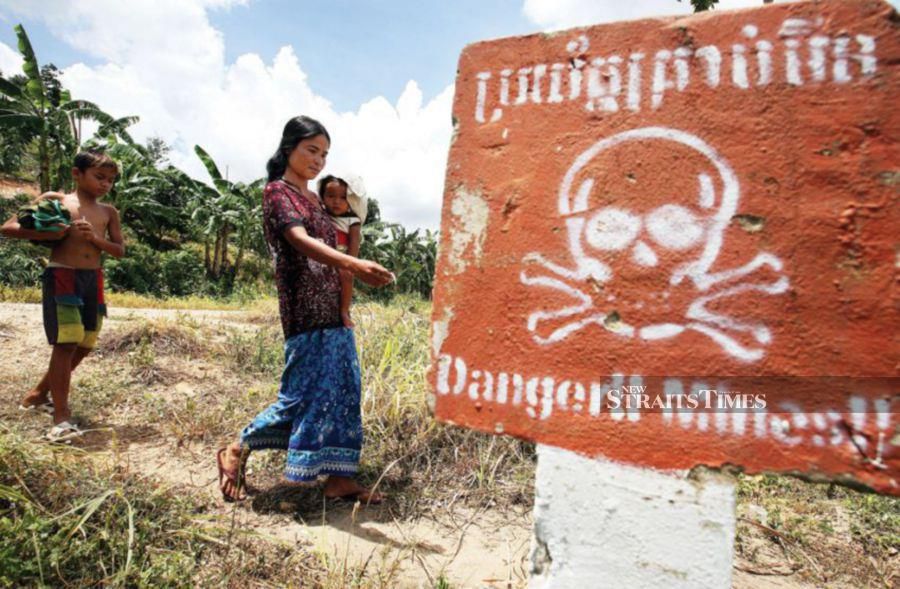 Horrific stories and pictures from all around the world often show that large numbers of civilians are the main landmine casualties and continued to be so years after the warring factions have left the battlefield. Even today, with a multitude of mine-clearing methods and equipment, de-mining efforts remain challenging and risky. This is particularly true in cases where records were not kept on exact locations for any or all landmines.

Because of Landmines, Have to Find Alternatives Ways of Life

On land where minefields are known to exist, that land is unusable until the mines are cleared. This means that people who depend on the surrounding region for their livelihoods may have to find alternatives ways of life.

Throughout the world, places that have been involved in a war and/or civil strife often have large minefields that still need clearing. In 2013, it was estimated that there was a global average of around nine mine-related deaths every day. The situation is especially dire in Africa.

In Vietnam, 40 years after the war’s end, Vietnamese civilians are still routinely killed and maimed by leftover mines and other explosives. Vietnam estimates that more than 42,000 people have been killed in such accidents since 1975.

16.3 Million Acres Across the Country are Still Contaminated With Landmines

While mines kill and maim the Vietnamese all over former battlefields, most occur on more than one-third of the land in six central Vietnamese provinces still contaminated with land mines and unexploded bombs from the Vietnam War. The results of unexploded ordnance are the most sensitive legacies of the conflict.

A study by the Vietnam Veterans of America Foundation and Vietnam’s Ministry of defense provides the most detailed information to date about the amount and location of unexploded ordinance littering a region that saw some of the heaviest fighting and bombardment during the war. It is estimated 16.3 million acres are still contaminated across the country.

In addition to mapping unexploded mines and ordinance, the project, which the U.S. government provided $2 million to finance, involved clearing 3,345 acres of land in 1,361 communities across the six provinces.

Typically, clearing a minefield involves men in body armor walking in very precise lines with metal detectors. Anything (from a rusty nail to an old ammo cartridge) that sets the detectors off must be investigated before moving on. A new method of bomb detection using rats, however, is flipping this process on its head.

A Belgian NGO called APOPO has developed a way to train African pouched rats (named for the storage pouch in their cheeks) to sniff out bombs quickly and safely.

They used rats because they have an incredibly fine-tuned sense of smell and a long lifespan (8-9 years) to yield returns on the nine months of training they undergo.

They’re called HeroRats, and not one has died in the line of duty since the program started in 1997.

The average mine requires 5 kg (roughly 11 pounds) of weight to trigger an explosion, but even the biggest of these rats are only around 1.5 kg (3.3 pounds).

Since they’re trained to sniff out explosives exclusively, they aren’t distracted by other metal objects the way human minesweepers are.

They can effectively search 200 square meters in less than 20 minutes. A team of humans would need around 25 hours to do the same job.

The rats are “paid” in avocados, peanuts, bananas, and other yummy, healthy treats.

After about 4-5 years on the job (or whenever they lose interest in working), they’re allowed to retire.