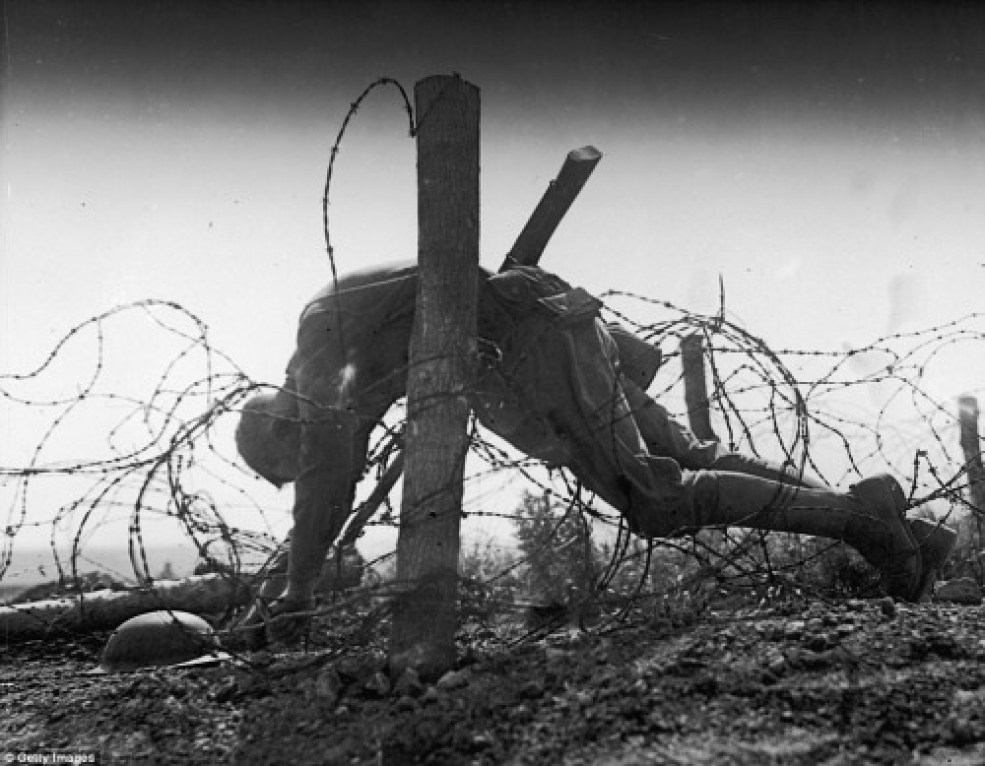 World War I will be remembered as one of the bloodiest wars in human history. Millions of soldiers died on both sides, and whole generations of young men were wiped out. Armies were bogged down in impenetrable trenches, resulting in thousands dying in futile assaults against fortified enemies. The war also introduced new and terrible weapons, such as the machine gun, which made the war even more horrific and bloody. There were many terrible battles, but the worst one for the American Expeditionary Forces (AEF) was the Meuse-Argonne Offensive.

On August 30, 1918, the supreme commander of Allied forces, Marshal Ferdinand Foch, arrived at the headquarters of General John J. Pershing’s 1st US Army. Foch ordered Pershing to effectively shelve a planned offensive against the St. Mihiel salient as he wished to use the American troops piecemeal to support a British offensive to the north.

Outraged, Pershing refused to let his command be broken apart and argued in favor of moving forward with the assault on St. Mihiel. Ultimately, the two came to a compromise: Pershing would be permitted to attack St. Mihiel but was required to be in position for an offensive in the Argonne Valley by mid-September. Foch also placed Pershing as the overall commander of the offensive since the American Expeditionary Force was to play the main attacking role in what would be the largest American-run offensive of World War I.

St. Mihiel Began Moving His Troops to the Argonne

This required Pershing to fight a major battle, and then shift approximately 400,000 men sixty miles all within the span of ten days. Stepping off on September 12, Pershing won a swift victory at St. Mihiel and began moving his troops to the Argonne. Coordinated by Colonel George C. Marshall, this movement was completed in time to commence the Meuse-Argonne Offensive on September 26.

Unlike the flat terrain of St.Mihiel, the Argonne was a valley flanked by thick forest to one side and the Meuse River on the other. This terrain provided an excellent defensive position for five divisions from General Georg von der Marwitz’s Fifth Army.

Flush with his St. Mihiel victory, Pershing’s objectives for the first day of the attack were extremely optimistic and called for his men to break through two major defensive lines, dubbed Giselher and Kreimhilde by the Germans. In addition, American forces were hampered by the fact that five of the nine divisions slated for the attack had not yet seen combat.

The Meuse-Argonne ground campaign began in the early morning fog on September 26, 1918. The previous night, Allied Forces had bombarded German positions. The fog gave good cover to the more than 700 Allied tanks that were advancing, with numerous infantry troops following behind.

The Germans were taken by surprise, and the Allied forces were gaining ground. They’d captured 23,000 German prisoners and moved almost 6 miles forward.

While the goal of the offensive was to destroy the Germans, the strategy to do this was to cut off their main supply route. The Germans controlled the land between the Argonne Forest and the River Meuse in France, just inside its border with Belgium. The Sedan-Mezieres railroad, Germany’s main supply link, was in this area. Taking control of this railroad was the Allied Force’s main objective.

Both Sides Invested All Available Troops to the Meuse-Argonne Offensive

Both the Allied Forces and the Germans understood how critical this area was to Germany’s ability to continue its offensive into France. For this reason, both sides invested all available troops to the Meuse-Argonne Offensive and surrounding battles.

The Meuse-Argonne presented a number of challenges to the U.S. forces, which made up the largest part of the Allied Forces fighting. First, the overgrown, bushy, terrain of the area was difficult. The forest had no roads over which tanks and troops could easily move. Furthermore, the Germans had been in control of the area for the past four years and had well-fortified it.

The other key challenge was logistical. Most of the Americans were some miles away from where they had just fought a battle at St. Mihiel Salient. Moving that many troops and their armory in such a short time period was an unprecedented logistical operation. Without the successful troop movement, the Germans would have likely held their supply lines.

However, one American division had difficulty capturing its assigned land, and the entire Allied advance was slowed down. During this day-long stoppage, the Germans were able to retreat back to the Giselher line, where they prepared to make stand.

German General Max von Gallwitz directed six reserve divisions to shore up the line. The arrival of additional German troops ended American hopes for a quick victory in the Argonne. While Montfaucon was taken the next day, the advance proved slow, and American forces were plagued by leadership and logistical issues. By October 1, the offensive had come to a halt. Traveling among his forces, Pershing replaced several of his green divisions with more experienced troops, though this movement only added to the logistical and traffic difficulties.

On October 4, Pershing ordered an assault all along the American line. This was met with ferocious resistance from the Germans with the advance measured in yards. It was during this phase of the fighting that the 77th Division’s famed “Lost Battalion” made its stand. Elsewhere, Corporal Alvin York earned the Medal of Honor for capturing 132 Germans.

On October 8, Pershing made a push on the east side of the Meuse with the goal of silencing German artillery in the area. This made little headway. Two days later, he turned command of the 1st Army over to Lieutenant General Hunter Liggett.

As Liggett pressed on, Pershing formed the 2nd U.S. Army on the east side of the Meuse and placed Lieutenant General Robert L. Bullard in command. From October 13-16, American forces began to break through the German lines with the capture of Malbrouck, Consenvoye, Cote Dame Marie, and Chatillon. With these victories in hand, American forces pierced the Kreimhilde line, achieving Pershing’s goal for the first day. With this done, Liggett called a halt to reorganize. While collecting stragglers and re-supplying, Liggett ordered an attack towards Grandpre by the 78th Division. The town fell after a ten-day battle.

On November 1, following a massive bombardment, Liggett resumed a general advance all along the line. Slamming into the tired Germans, the 1st Army made large gains with the V Corps gaining five miles in the center. Forced into a headlong retreat, the Germans were prevented from forming new lines by the rapid American advance.

On November 5, the 5th Division crossed the Meuse, frustrating German plans to use the river as a defensive line. Three days later, the Germans contacted Foch about an armistice. Feeling that the war should continue until the German’s unconditionally surrendered, Pershing pushed his two armies to attack without mercy. Driving the Germans, American forces allowed the French to take Sedan as the war came to a close on November 11, 1918.

The Meuse-Argonne Offensive cost Pershing 26,277 killed and 95,786 wounded, making it the largest and bloodiest operation of the war for the American Expeditionary Force. American losses were exacerbated by the inexperience of many of the troops and tactics used during the early phases of the operation. German’s losses numbered 28,000 killed and 92,250 wounded.

The Meuse-Argonne Offensive was the largest American military campaign and one of the world’s greatest battles.