War in the Pacific – The Battle of Manila 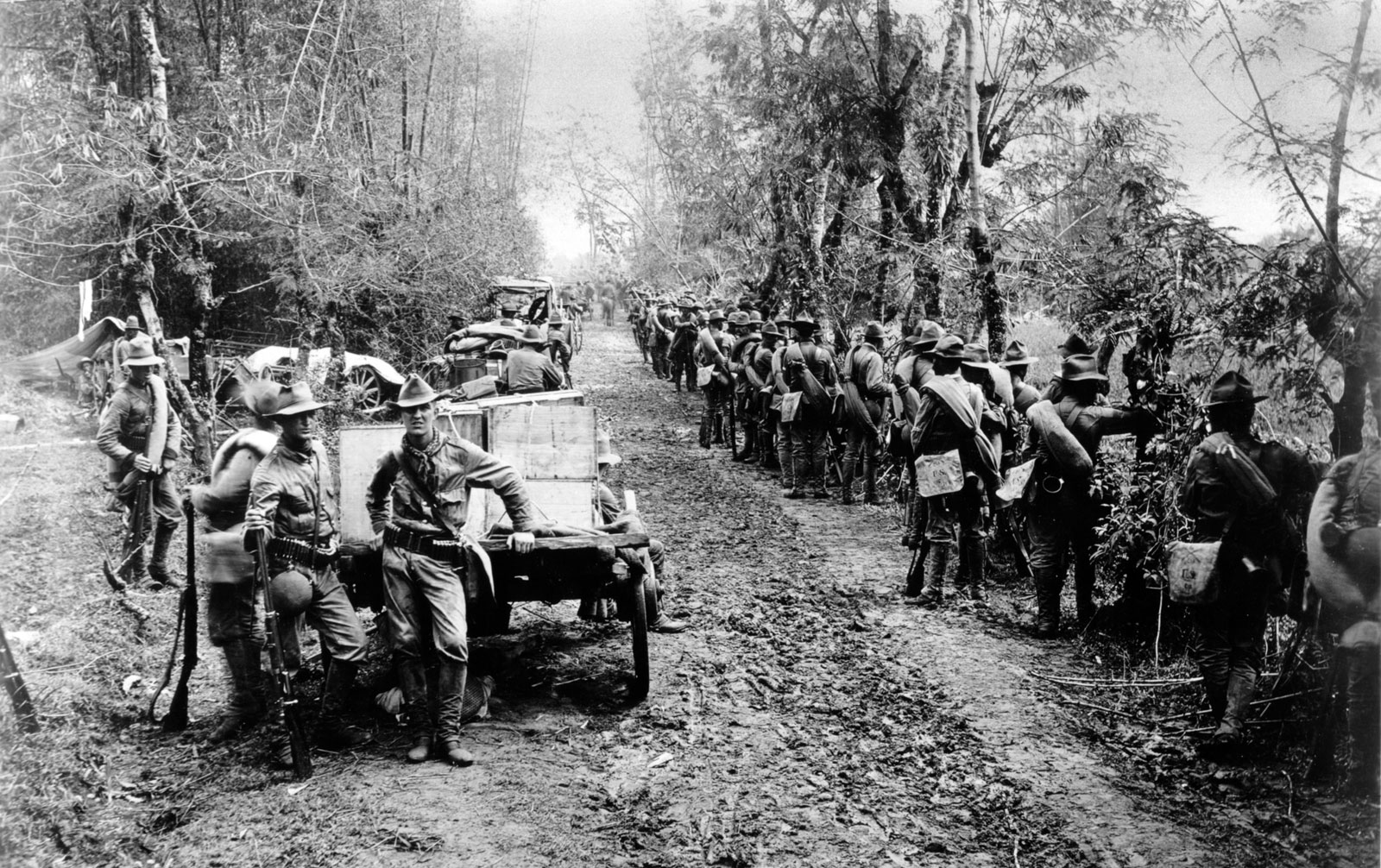 On February 3, 1945, American forces entered the outskirts of Manila, capital of the Philippines, beginning the Battle of Manila, a ferocious and destructive urban battle against the Japanese that would leave Manila the second-hardest hit Allied capital (following Warsaw) of World War II.

American Troops Were Able to Rapidly Advance to Manila

As part of his campaign to retake the Philippines from the Japanese (who had captured it from the Americans in 1942), General Douglas MacArthur first invaded the island of Leyte and then moved on to the island of Luzon, the largest of the Philippine islands and home to the capital, Manila.

American troops were able to rapidly advance to Manila, leading MacArthur to believe it would be a relatively easy fight. They entered the city limits on February 3, quickly liberating Allied (mostly American) POWs and civilians from their incarceration at the University of Santo Tomas and Bilibid Prison. However, Japanese forces dug in and put up a fierce fight in the city, forcing the Americans and their Filipino allies into a challenging urban battle, in which they fought block by block, building by building, and floor by floor, frequently hand-to-hand.

Eventually, over the course of the month, the Americans and Filipinos were able to capture much of the city as well as the island of Corregidor, in Manila Bay. However, the Japanese remained within a walled portion of Manila, called Intramuros. MacArthur denied the use of air support out of concern for the civilian population, so the Americans used heavy artillery instead, pounding the walls until they were breached and then fighting to clear the area of Japanese.

Finally, by March 3, Manila had fallen and MacArthur had turned the city over to the Filipino government. But the victory was not without great cost. In addition to the 1,000 Americans and 16,000 Japanese estimated to have been killed, it’s believed that at least 100,000 Filipino civilians were killed during the battle. Many were brutally murdered by the Japanese, others were killed in fires that swept through portions of the city, and still more were killed as an unintended consequence of the American attack (particularly the artillery fire). In all, 80 percent of the southern residential district, 75 percent of factories, and all of the business district were destroyed, as were numerous governmental, educational, cultural, commercial, financial, and religious buildings.

Despite the horrors of Manila, the battle for Luzon was not yet over. In fact, a portion of MacArthur’s forces would remain fighting in Luzon for the remainder of the war.