The Most Decorated Enlisted Sailor in Navy History 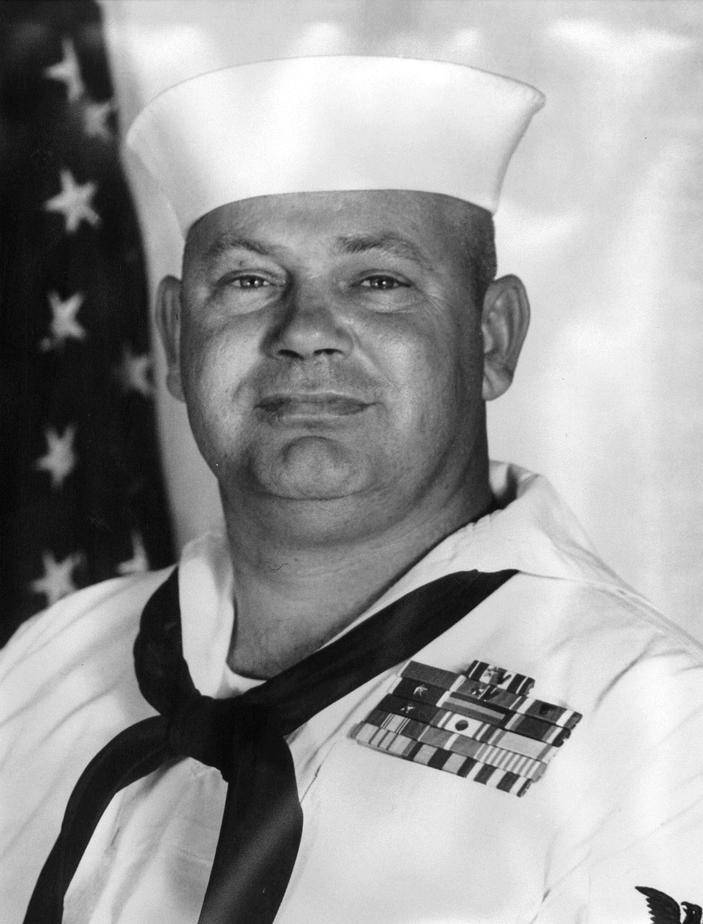 In the history of the United States Navy, only seven men have earned all of the big three valor awards: Medal of Honor, Navy Cross, and Silver Star. Six were World War II officers, including one aviator. The seventh was James Elliott “Willy” Williams – considered the most decorated enlisted man in the history of the Navy.

Williams, a Cherokee Indian, was born November 13, 1930, in Fort Mill, South Carolina. Two months later he moved with his parents to Darlington, South Carolina where he spent his early childhood and youth. He attended the local schools and graduated from St. John’s High School.

In August 1947, at the age of 16, Williams enlisted in the United States Navy with a fraudulent birth certificate. He completed basic training at Naval Training Center San Diego. He served for almost twenty years, retiring on April 26, 1967, as a Boatswain’s Mate First Class (BM1). During those years, he served in both the Korean War and Vietnam War.

During the Korean War, was stationed aboard the Destroyer USS Douglas H Fox (DD-779) from November 1950 to June 1952. He was detached off the Destroyer and operated off the coast of Korea by taking raiding parties into North Korea on small boats. From 1953 to 1965 he served tours on a variety of naval vessels.

In 1966, with only a year before he was to retire from the Navy, the burly man, 5-foot-8 and 210 pounds Williams volunteered for combat duty in Vietnam.

Williams arrived in Vietnam in April 1966 as a BM1. He was assigned in May to the River Patrol Force, River Squadron Five, in command of River Patrol Boat 105 (PBR-105). The force’s mission was to intercept Viet Cong and North Vietnamese arms shipments, supplies, and personnel on the waterways of South Vietnam’s swampy Mekong Delta and to keep innocent boat traffic on the river and canals safe.

On July 1, 1966, Williams led a patrol that came under fire from the Vietcong sampan. His deft maneuvers and accurate fire killed five VC and resulted in the capture of the enemy boat, earning Williams a Bronze Star Medal with a V for Valor. Twenty-two days later his crew captured another sampan, earning Williams a second Bronze Star Medal for Valor. Less than a month later, he received his Silver Star and the first of three Purple Hearts he would eventually receive.
On the night of October 31, 1966, Williams was commanding PBR 105 alongside another PBR searching for Viet Cong guerrillas operating in an isolated area of the Mekong Delta. Suddenly, Viet Cong manning two sampans opened fire on the Americans. While Williams and his men neutralized one sampan, the other one escaped into a nearby canal. The PBRs gave chase and soon found themselves in a beehive of enemy activity as the VC opened fire on them with rocket-propelled grenades and small arms from fortified river bank positions.

Williams, who knew the area well from months of patrols, directed his two boats in a high-speed detour to a spot he knew the fleeing sampan would eventually emerge. Both threaded an alternative channel too narrow for the boats to reverse course. At nearly 35 knots they roared up the twisting passage, the heavily jungled bank passing in a green blur. Then as they rounded a bend to an area of more open water, to the surprise of all aboard, they stumbled into a major staging area for the North Vietnamese Army. Thirty to forty sampans were crossing the channel, each loaded to the gunwales with NVA troops and supplies. The enemy was equally surprised and sprang to their guns. Along the shore, the familiar “thonk” of mortars could be heard. Williams had no choice but to gun his engines straight at the enemy! Tracers streaked across the water. Williams ran his boat directly at several sampans, splitting them in half under the sharp bow of his rocketing speedboat. The PBR’s twisted and jinked blazed their weapons and spilled hundreds of dead and dying NVA troops into the water. The speed and maneuverability of the Americans kept them ahead of the enemy return fire. They blasted through the enemy formation and back into the narrow channel beyond.

Momentarily safe, the PBR’s sped onward. Williams called in heavily armed UH-1B Huey helicopters from the Navy Helicopter Attack (Light) Squadron 3 “Seawolves” for air support, but as his speedboats rounded another bend they found themselves smack in the middle of a second staging area as big as the first. Again, the narrow channel determined their fate, and both PBR’s sped boldly at the enemy. For a second time, their machine guns blazed and splinters flew from enemy sampans and NVA soldiers spilled into the water. And for a second time, the two American gunboats sliced through the enemy, blasting and ramming as they went. Secondary explosions from several of the larger junks confirmed Williams’ suspicion that they were ammunition and supply vessels.

Despite three hours of intense combat, Williams’ crew received only two casualties–one gunner was shot through the wrist, and Williams himself was wounded by shrapnel. For his conspicuous bravery above and beyond the call of duty he was put in for the Medal of Honor – which he received from President Lyndon B. Johnson on May 14, 1968, during the dedication ceremony of the Pentagon’s “Hall of Heroes.”

On January 9, 1967, the Navy dredge Jamaica Bay was blown up by mines and PVR-105 arrived to pick up seven of the survivor. Another man was wrapped in the rapidly sinking dredge. Williams dove into the water and, with a rope attached to a nearby tree, pulled clear and obstruction, then swim through a hatch to recover the Sailor. For this, he was awarded the Navy and Marine Corps Medal.

Williams Was Awarded The Navy Cross And His Third Purple Heart

Six days later Williams was wounded while leading a three-boat patrol that interdicted a crossing attempt by three VC heavy weapons companies and 400 fighters. He and his boat accounted for 16 VC killed, 20 wounded in the destruction of nine sampans and junks. Williams was awarded the Navy Cross and his third Purple Heart.

Williams transferred to the Fleet Reserve in April 1967 and returned to his native South Carolina with a list of awards unmatched by any enlisted man in Navy history. His awards included the Medal of Honor, the Navy Cross, two Silver Stars and the Legion of Merit, three Bronze Stars, and the Navy Commendation Medal. He also received three Purple Hearts and was twice awarded the Navy and Marine Corps Medal for rescue operations under fire.

He retired after 20 years of service and was appointed in 1969 by President Richard M. Nixon as United States Marshal, serving more than a decade in the Marshals Service. His initial assignment was U.S. Marshal for the District of South Carolina where he served until May 1977. He then transferred to Federal Law Enforcement Training Center in Glynco, Georgia as an instructor and National Armorer. He was called back to South Carolina in July 1979 to resume his appointment as U.S. Marshal and functioned in that position until April 1980. His next assignment was with the U.S. Marshal service Headquarters, Washington, D.C. as Program Manager, Health and Safety and In-District Training Officer where he performed his assigned duties until his retirement from the U.S. Marshal Service.

In addition to his wife Elaine, he was survived by three sons, James Jr., of Darlington, S.C.; Steven, of Dorchester, S.C., and Charles, of Charlotte, N.C.; two daughters, Debbie Clark of Palm Coast and Gail Patterson of Florence, and seven grandchildren.

Navy Guided Missile Destroyer USS James E. Williams (DDG-95) was named and christened in his honor on June 28, 2003, at Pascagoula, Mississippi. His widow Elaine was present at the ceremony.