Leadership And the Janitor 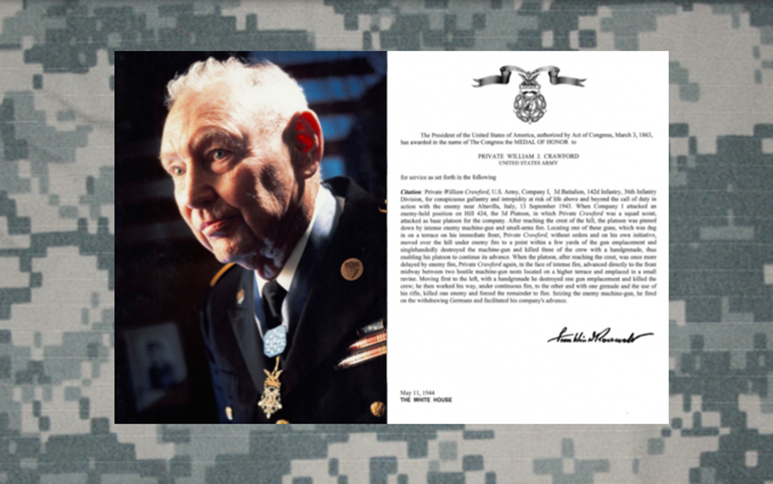 William “Bill” Crawford was an unimpressive figure, one you could easily overlook during a hectic day at the U.S. Air Force Academy. Mr. Crawford, as most of us referred to him back in the late 1970s, was our Squadron janitor.
While we Cadets busied ourselves preparing for academic exams, athletic events, Saturday morning parades, and room inspection, or never-ending leadership classes-Bill quietly moved about the squadron mopping and buffing floors, emptying trash cans, cleaning toilets, or just tidying up the mess 100 college-age kids can leave in a dormitory.

Sadly, and for many years, few of us gave him much notice, rendering little more than a passing nod or throwing a curt, “G’ morning!” in his direction as we hurried off to our daily duties. Why? Perhaps it was because of the way he did his job – he always kept the squadron area spotlessly clean, even the toilets and showers gleamed. Frankly, he did his job so well; none of us had to notice or get involved. After all, cleaning toilets was his job, not ours.

Maybe it was his physical appearance that made him disappear into the background. Bill didn’t move very quickly, and in fact, you could say he even shuffled a bit, as if he suffered from some sort of injury. His gray hair and wrinkled face made him appear ancient to a group of young cadets.

And his crooked smile, well, it looked a little funny. Face it; Bill was an old man working in a young person’s world. What did he have to offer us on a personal level?

Maybe it was Mr. Crawford’s personality that rendered him almost invisible to the young people around him. Bill was shy, almost painfully so. He seldom spoke to a Cadet unless they addressed him first, and that didn’t happen very often. Our janitor always buried himself in his work, moving about with stooped shoulders, a quiet gait, and an averted gaze. If he noticed the hustle and bustle of cadet life around him, it was hard to tell. For whatever reason, Bill blended into the woodwork and became just another fixture around the Squadron. The Academy, one of our nation’s premier leadership laboratories, kept us busy from dawn till dusk. And Mr. Crawford…well, he was just a janitor.

That changed one fall Saturday afternoon in 1976. I was reading a book about World War II and the tough Allied ground campaign in Italy when I stumbled across an incredible story.

On September 13, 1943, a Pvt. William Crawford from Colorado, assigned to the 36th Infantry Division, had been involved in some bloody fighting on Hill 424 near Altavilla, Italy.

The words on the page leapt out at me, “in the face of intense and overwhelming hostile fire… with no regard for personal safety… on his own initiative, Private Crawford single-handedly attacked fortified enemy positions.” It continued, “For conspicuous gallantry and intrepidity at risk of life above and beyond the call of duty, the President of the United States…”

“Holy cow,” I said to my roommate, “you’re not going to believe this, but I think our janitor is a Medal of Honor recipient.” We all knew Mr. Crawford was a World War II Army vet, but that didn’t keep my friend from looking at me as if I was some sort of alien being. Nonetheless, we couldn’t wait to ask Bill about the story.

We met Mr. Crawford bright and early Monday and showed him the page in question from the book, anticipation, and doubt on our faces. He stared at it for a few silent moments and then quietly uttered something like, “Yep, that’s me.”

Mr. Crawford, our Janitor, Had Been Bestowed The Medal!

Mouths agape, my roommate and I looked at one another, then at the book, and quickly back at our janitor. Almost at once, we both stuttered, “Why didn’t you ever tell us about it?” He slowly replied after some thought, “That was one day in my life, and it happened a long time ago.” I guess we were all at a loss for words after that. We had to hurry off to class and Bill, well, he had chores to attend to.

After that brief exchange, things were never again the same around our squadron. Word spread like wildfire among the Cadets that we had a hero in our midst – Mr. Crawford, our janitor, had been bestowed The Medal! Cadets, who had once passed by Bill with hardly a glance, now greeted him with a smile and a respectful, “Good morning, Mr. Crawford.”

Those who had before left a mess for the “janitor” to clean up, started taking it upon themselves to put things in order.

Cadets routinely stopped to talk to Bill throughout the day, and we even began inviting him to our formal Squadron functions. He’d show up dressed in a conservative dark suit and quietly talk to those who approached him, the only sign of his heroics being a simple blue, star-spangled lapel pin. Almost overnight, Bill went from being a simple fixture in our Squadron to one of our teammates.

Mr. Crawford changed too, but you had to look closely to notice the difference. After that fall day in 1976, he seemed to move with more purpose, his shoulders didn’t seem to be as stooped, he met our greetings with a direct gaze and a stronger “good morning” in return, and he flashed his crooked smile more often. The Squadron gleamed as always, but everyone now seemed to notice it more. Bill even got to know most of us by our first names, something that didn’t happen often at the Academy. While no one ever formally acknowledged the change, I think we became Bill’s Cadets and his Squadron.

As often happens in life, events sweep us away from those in our past. The last time I saw Bill was on graduation day in June 1977. As I walked out of the Squadron for the last time, he shook my hand and simply said, “Good luck, young man.” With that, I embarked on a career that has been truly lucky and blessed.

Mr. Crawford continued to work at the Academy and eventually retired in his native Colorado, one of four Medal of Honor recipients who lived in the small town of Pueblo.
A wise person once said, “It’s not life that’s important, but those you meet along the way that makes the difference.” Bill was one who made a difference for me. Bill Crawford, our janitor, taught me many valuable, unforgettable leadership lessons, and I think of him often.

Here are ten I’d like to share:
1.) Be Cautious of Labels. Labels you place on people may define your relationship to them and bind their potential. Sadly, and for a long time, we labeled Bill as just a janitor, but he was so much more. Therefore, be cautious of a leader who callously says, “Hey, he’s just an Airman.” Likewise, don’t tolerate the O-1, who says, “I can’t do that, I’m just a Lieutenant.”

2.) Everyone Deserves Respect. Because we hung the “janitor” label on Mr. Crawford, we often wrongly treated him with less respect than others. He deserved much more, and not just because he was received the Medal of Honor. Bill deserved respect because he was a janitor, walked among us, and was a part of our team.

3.) Courtesy Makes a Difference. Be courteous to all around you, regardless of rank or position. Military customs, as well as common courtesies, help bond a team. When our daily words to Mr. Crawford turned from perfunctory “hellos” to heartfelt greetings, his demeanor and personality outwardly changed. It made a difference for all of us.

4.) Take Time to Know Your People. Life in the military is hectic, but that’s no excuse for not knowing the people you work for and with. For years a hero walked among us at the Academy, and we never knew it. Who are the heroes that walk in your midst?

5.) Anyone Can Be a Hero. Mr. Crawford certainly didn’t fit anyone’s standard definition of a hero. Moreover, he was just a private on the day he earned his Medal. Don’t sell your people short, for any one of them may be the hero who rises to the occasion when duty calls. On the other hand, it’s easy to turn to your proven performers when the chips are down, but don’t ignore the rest of the team. Today’s rookie could and should be tomorrow’s superstar.

6.) Leaders Should Be Humble. Most modern-day heroes, and some leaders, are anything but humble, especially if you calibrate your “hero meter” on today’s athletic fields. End zone celebrations and self-aggrandizement are what we’ve come to expect from sports greats. Not Mr. Crawford-he was too busy working to celebrate his past heroics. Leaders would be well-served to do the same.

7.) Life Won’t Always Hand You What You Think You Deserve. We in the military work hard and, dang it, we deserve recognition, right? However, sometimes you just have to persevere, even when accolades don’t come your way. Perhaps you weren’t nominated for a junior officer or airman of the quarter as you thought you should – don’t let that stop you. Don’t pursue glory; pursue excellence. Private Bill Crawford didn’t pursue glory – he did his duty and then swept floors for a living.

8.) No Job is Beneath a Leader. If Bill Crawford, a Medal of Honor recipient, could clean latrines and smile, is there a job beneath your dignity? Think about it.

9.) Pursue Excellence. No matter what task life hands you, do it well. Dr. Martin Luther King said, “If life makes you a street sweeper, be the best street sweeper you can be.” Mr. Crawford modeled that philosophy and helped make our dormitory area a home.

10.) Life is a Leadership Laboratory. All too often, we look to some school or class to teach us about leadership when, in fact, life is a leadership laboratory. Those you meet every day will teach you enduring lessons if you just take time to stop, look, and listen. I spent four years at the Air Force Academy, took dozens of classes, read hundreds of books, and met thousands of great people. I gleaned leadership skills from all of them, but one of the people I remember most is Mr. Bill Crawford and the lessons he unknowingly taught. Don’t miss your opportunity to learn.

Bill Crawford was a janitor. However, he was also a teacher, friend, role model, and one great American hero. He passed away on Mar. 15, 2000, and was buried on the grounds of the U.S. Air Force Academy in Colorado Springs, Colorado.

For more on the life of Bill Crawford and the action that earned him his Medal of Honor, please go the following site: http://homeofheroes.com/profiles/profiles_crawford2.html

Moschgat retired from active duty in 2007. He is married to the former Becky J. Daggett of Pleasanton, Calif. They have four children, Patrick, Rhonda, Kymberli, and Matthew.

Crawford was a hero, lauded by peers for his actions in combat, but was missing in action and presumed dead. Army Maj. Gen. Terry Allen presented Crawford’s Medal of Honor posthumously to his father, George, on May 11, 1944, at Camp (now Fort) Carson, near Colorado Springs, Colorado.

It was later learned that Crawford was alive and in a POW camp. He returned to the United States after 18 months in captivity.