Is the M2 “Ma Deuce” An Illegal Weapon of War? 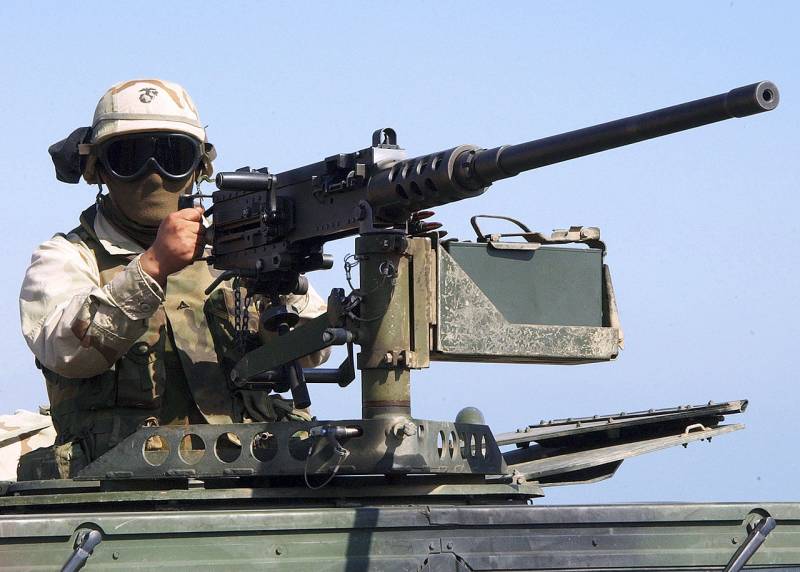 The M2 Browning .50-caliber machine gun has been a favorite heavy infantry weapon since the end of World War I. That the weapon has remained in the U.S. arsenal for so long is a testament to its power and flexibility. And no wonder – it was designed by the legendary John Browning himself.

Although the M2 has come in many variants over the years, it has still proven an effective weapon from the last days of World War l, into World War II, the Korean War, Vietnam, the Gulf War, and into the wars of today. And that’s just the American conflicts it has seen. Britain, Australia, Israel, and Nigeria are just a few other countries that know the battlefield prowess of the “Ma Deuce.”

Somewhere along the way, the rumor mill started in on the beloved favorite. The legend says that any weapons using a .50-caliber round cannot be pointed at people, according to the Geneva Convention. Gunners, it says, must aim for equipment instead. To kill an enemy on the battlefield, machine gunners have to aim for their packs.

This would mean that more than 100 years have passed since the United States began using the .50-cal and has allegedly committed war crimes in every war since. This is, of course, not true.

The rumor appears to have started during the Vietnam War, where search and destroy missions and other combat patrols took U.S. troops deep into the jungle, where the enemy wasn’t as easy to see as they were on the open WWII battlefields of Western Europe. Logan Nye writes that soldiers and Marines began to light up the jungle with the .50-cal to kill any threat in the area.

Honestly, the .50-cal is good for that, so who could blame them?

But field commanders needed their troops to conserve ammunition, as resupply deep in the bush wasn’t a sure thing and could be difficult at times. They wanted the M2 to destroy light North Vietnamese vehicles. Somewhere, the order to conserve ammunition for bigger targets morphed into preventing a war crime.

Weapons declared illegal under the laws of armed combat are illegal because they cause unnecessary suffering more than a military advantage. They are also not often specifically declared to be illegal but are put in more general categories. These include chemical weapons, certain incendiary weapons, and weather modification. The Ma Deuce is not on the list.

It’s understandable that one might think of lumping the M2 in with those illegal weapons. Anyone who’s ever seen a building, vehicle, or other object destroyed by .50-caliber rounds will tell you it’s a very effective, violent, and awe-inspiring weapon. Be that as it may, it’s definitely not illegal.

The M2 has been used for all kinds of purposes that directly attack combatants (and not their equipment). Most notably, the weapon is used by snipers to hit targets at ultra-long distances of a mile or more. Five of the six longest-range sniper kills were made using a modified M2. It’s safe to say if the world’s best snipers were aiming for backpacks with an M2, they would have hit backpacks.