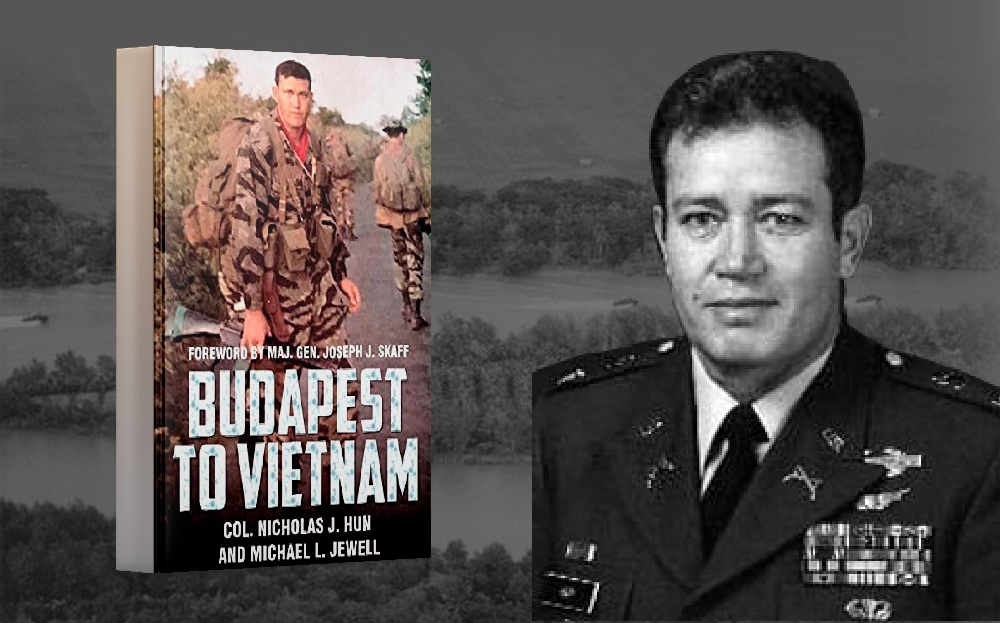 Today, an estimated 200,000 U.S. military members are not actually citizens of the United States. They join for many reasons; a pathway to citizenship, learning new skills, or just being part of the camaraderie of their respective services. It’s nothing new; foreigners have been joining the armed forces since the birth of the nation.

Times were no different during the Vietnam War. Many noncitizens joined to fight, and fight they did. One of those came from an unlikely place: Hungary. From the end of World War II until 1989, Hungary was part of the Warsaw Pact, a country dominated by the communist Soviet Union. But just because the country was under Communist control doesn’t mean the Hungarian people were all for it.

About the Author of Budapest to Vietnam

One of those Hungarians was Nicholas J. Hun. Hun’s family moved from Hungary to the United States in search of a better life and a better future. He was Hungarian by birth but was raised on the streets of Cleveland, Ohio. At the time, Cleveland was one of the most diverse cities in America, and Hun learned how to interact with people from all walks of life, a soft skill that would help him in his future career – in the U.S. Army Special Forces.

“Budapest to Vietnam” is Hun’s story about his time serving with the 5th Special Forces, 173rd Airborne Brigade, and 190th Assault Helicopter Company during the Vietnam War, where he served two tours.

Hun originally enlisted in the U.S. Army but was soon commissioned as an infantry officer in March 1966. After commanding a Special Forces detachment in Germany, he was sent to Dong Xai and later, Bien Hoa, Vietnam. Dong Xai was the site of an epic slugfest between Navy Seabees and Green Berets from Detachment A-342 in 1965.

The 1965 Battle of Dong Xai had cleared the way for the communist insurgent Viet Cong to move significant amounts of men and material into South Vietnam. By the end of that year, the VC had more than 24,000 soldiers operating in the country, and the emboldened North Vietnamese Army had five battalions in South Vietnam.

This was the area Nick Hun was sent into with the 5th Special Forces in 1967.

“Budapest to Vietnam” is Hun’s account of his family’s escape to the west, including living in refugee camps as a young child. He takes readers through his years growing up in Cleveland and is a tip of the hat to everyone who helped him along the way. It also, of course, details his time in-country during the Vietnam War.

The book is a highly readable and interesting account of the American immigrant experience during the Cold War and a rare glimpse into the life of America’s “quiet professionals”: the U.S. Army Special Forces.

You can pick up a copy of Nicholas Hun’s “Budapest to Vietnam” on Amazon for $16.99, not a high price to pay for someone who gave 30 years of service to the Army, the United States, and the fight against communism.