Operation Top Cover, a Year On The Dew Line By Arthur Wayland 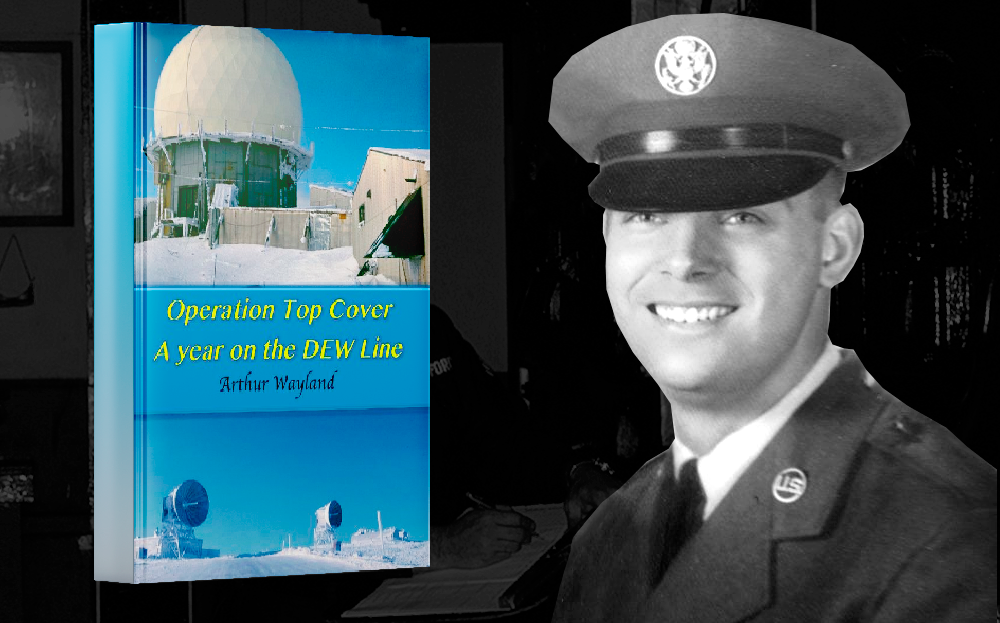 During the Cold War, the United States relied on three radar lines to detect incoming intercontinental ballistic missiles that might come from the Soviet Union. The most important and most capable of the three was the Distant Early Warning Line – affectionately known as the DEW Line.

About the Author of Operation Top Cover

In Cape Lisburne, Alaska, Arthur Wayland was manning the 711 Aircraft Control and Warning station. It was a very remote radar station, the westernmost site of the DEW Line. His job was to warn the North American Aerospace Defense Command (NORAD) of any enemy aircraft that crossed into U.S. airspace.

It was an eventful year for the Cold War. Richard Nixon was elected as President of the United States, the Apollo 11 astronauts won the Space Race by landing on the moon, and Nixon implemented the “Madman Theory,” racing B-52 bombers armed with nuclear weapons to the Russian border in an attempt to make them think he was capable of anything.

The international events of the Cold War weren’t first in Arthur Wayland’s mind. His year in Alaska was spent braving temperatures of -90° Fahrenheit, with a wind chill that could reach -135°. His job was to keep the heat and water running, maintaining three boilers that meant the difference between life and death above the Arctic Circle.

“Operation Top Cover: A Year on the DEW Line,” tells the story of life as the first line of defense against a Soviet first strike, braving Polar Bears, Wolverines, and Wolves in a place where the sun never goes down for part of the year and never rises for another part of the year.

Wayland didn’t need to read the news to learn what the Soviet Union was up to; he could see the Siberian coastline from his duty station as he and his fellow watchers endured constant harassment from Soviet Tupolev Tu-95 “Bear” bombers. Totally isolated, their only link to the outside world was the occasional supply plane that brought food and letters from home.

With the Vietnam War in full swing, the country’s attention was focused elsewhere, but Wayland and his fellow airmen maintained their watch, hopeful they would never have to issue an alert.

“Operation Top Cover: A Year on the DEW Line” is a self-published but charming personal account of one of the forgotten arenas of the Cold War. It’s a short read, about 50 pages, and clearly self-written, but for those interested in the areas of joint nuclear defense, it’s a fascinating account of what life was like in a remote outpost.

The book is Air Force veteran Arthur Wayland’s only title but was a labor of love, an effort to describe his Arctic tour to his wingmen who didn’t see life in the frozen north. “Operation Top Cover: A Year on the DEW Line” is available on Amazon in print for $9.50 and on Kindle for $2.99.