Black Ops: The Life of a CIA Shadow Warrior by Ric Prado 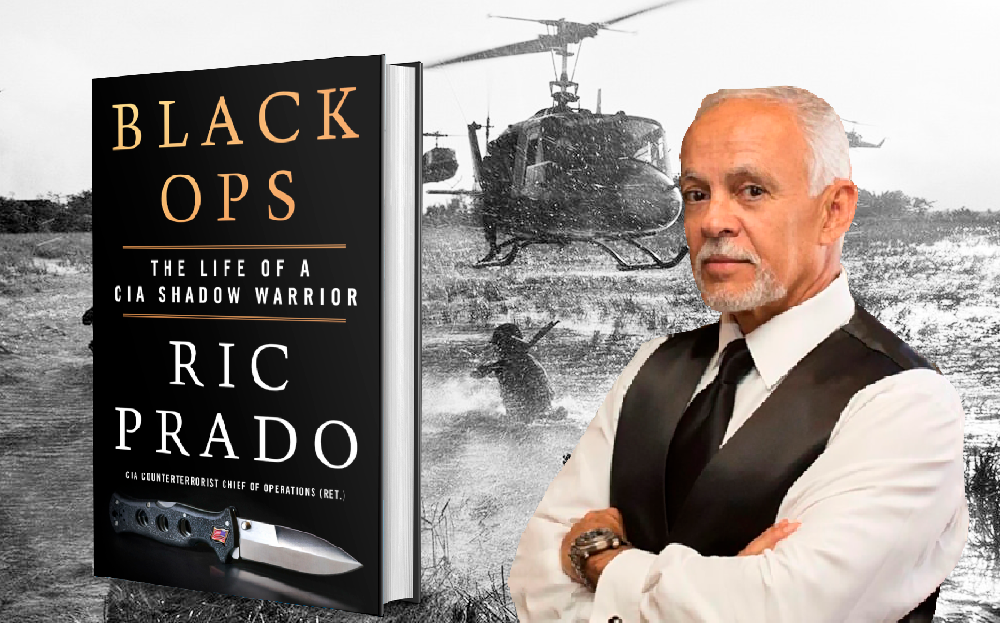 It’s not often we get a glimpse inside the secret world of a covert CIA operative, let alone one as storied as Ric Prado. Prado is a 24-year veteran of the agency, the equivalent of a two-star general, and a retired member of the Special Activities Division, where he and others performed covert paramilitary actions all over the world. His new book, “Black Ops: The Life of a CIA Shadow Warrior,” takes readers into the world of the CIA, covering the shadow wars the agency has conducted in the years since the end of the Vietnam War. It’s a memoir and a recounting of a secret history, a behind-the-scenes look at some of the biggest headlines of the Cold War and the War on Terror. It’s also a must-read for anyone interested in covert operations.

About the Author of Black Ops: The Life of a CIA Shadow Warrior by Ric Prado

Prado’s life of action started early. He was born under the Batista regime in Cuba and was caught in his first firefight at age seven, amid the Castro-led Cuban Revolution. His family fled Cuba for the United States. Fifty years later, Prado would retire from the CIA after a covert life spent ensuring what happened in his birth country would never happen in his adopted country.

He served as an operations officer in six overseas postings and was the deputy chief of station for the original Bin Laden Task Force in 1995. He was also the Chief of Operations in the CIA’s Counterterrorist Center during the September 11th attacks, where he helped coordinate special operations activities with the National Security Council, FBI, and U.S. military. His book makes him the highest-ranking CIA operative to ever give readers a look inside the workings of the agency.

Ric Prado spent 36 months in Nicaragua, one of the first officers to work with the Contras against the expansion of the Marxist Sandinistas in the Central American country. After years of working in Central and South America, he then went to the Philippines and onto Langley in 1995, where his job was to counter the World’s Most Wanted Terrorist, Osama Bin Laden.

His next posting was to South Korea, where he faced a new adversary, the rogue nation of North Korea, before moving on ​​to re-establish a once-abandoned CIA station inside a hostile nation, long since considered a front line of the fight against Islamic terrorism. There, he and his team developed an intelligence infrastructure that would be essential in the War on Terror.

The Main Point of Prado’s Book

“Black Ops: The Life of a CIA Shadow Warrior” takes us behind the scenes of all of it, a world filled with assassins, terrorists, spies, and revolutionaries. Prado decided to write the book because he considers CIA operatives “unsung heroes.” He was tired of seeing the CIA maligned and misportrayed in the media.

“We have 137 stars on our wall of men and women who sacrificed their lives for God and country, unsung heroes,” Prado told The Washington Post. “The majority of those stars are actually anonymous… a third of those stars are post-9/11. And some of the people after 9/11 I personally knew; they were my colleagues. So, I believe that we owe them a debt of honor to at least be able to portray them in a more realistic light.”

“Black Ops: The Life of a CIA Shadow Warrior” is available in hardcover for $19.49 and on Kindle eReader for $14.99 at Amazon. It’s also available on Barnes and Noble’s Nook eReader.