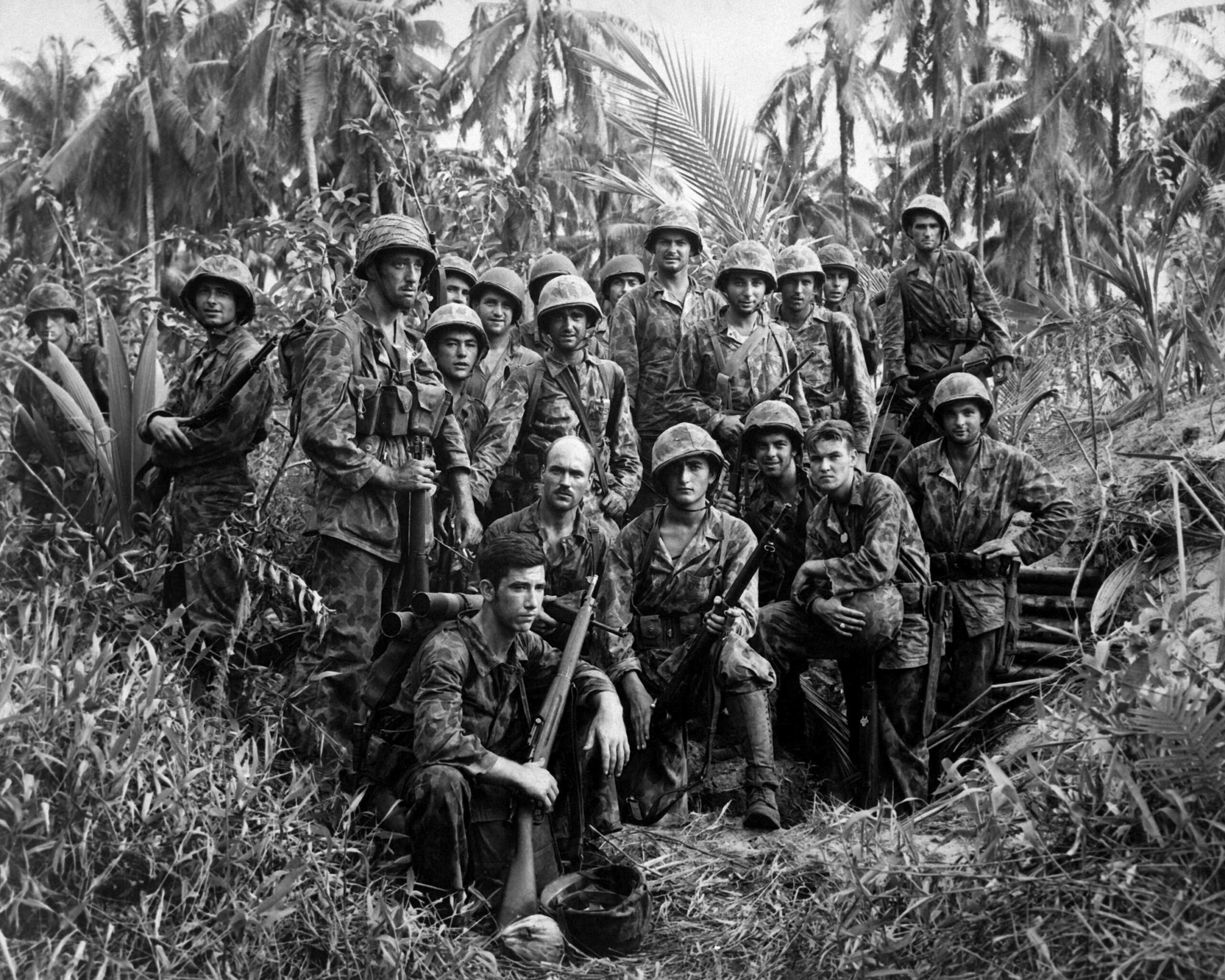 Though it probably didn’t feel like it at the time, the Allies in the Pacific Theater of World War II were able to respond to the Japanese advances relatively quickly after the attack on Pearl Harbor. Pearl Harbor wasn’t the only surprise target that day. The Imperial Japanese Navy also struck targets held by the Dutch and British and the American-held Philippines.

The Naval Campaign at Guadalcanal

By August of 1942, just nine months after its coordinated surprise attacks across the Pacific Ocean, a combined Allied force landed on Guadalcanal in the first land offensive against the Japanese since the start of the Pacific War.

Things looked pretty bleak for the Americans (and the Allies in general) after the Japanese surprise attacks. Soon after, Japan’s Axis partner Nazi Germany also declared war on the U.S. With much of the Pacific fleet knocked out; no one would blame the Americans for being a little depressed about their chances. In fact, the Japanese were hoping they would just give up – that was the plan all along.

Instead of giving up, however, Americans began enlisting and registering for the draft by the millions. Women went to work in factories. The United States generally was out for cold, hard justice. Though the Japanese had reached Guadalcanal in their path of conquest in May 1942, Japan had already received a couple of significant setbacks.

At the Battle of the Coral Sea, the American Navy forced the Japanese to abandon the offensive for the first time. At Midway, the Japanese Navy lost four aircraft carriers, a significant blow to its ability to project power. But the war was far from over. Japan began construction of a major airfield for long-range bombers at Lunga Point on Guadalcanal. If completed, it would create a significant threat to Australia. They were not going to get the chance.

In August 1942, United States Marines from the 1st Marine Division landed almost unnoticed on Guadalcanal. It was their first amphibious landing of the war, and due to bad weather, they were able to take the Japanese defenders almost by surprise. With the help of aerial and naval bombardment, the defenses to the airfield crumbled quickly, and it was taken by the Marines.

The Americans renamed it Henderson Field and began to finish its construction in the middle of the fighting. It was ready for action in just six days, which was a good thing because much of the Navy’s aerial support was withdrawn due to heavy attacks from the Japanese Navy. From this point on, control of Henderson Field was vital to the battle as well as World War II in the Pacific.

Japanese aircraft from Rabaul targeted the Marines on Guadalcanal and around Henderson Field in particular. But the length of time it took for Japan to get aircraft to the island allowed the Americans to prepare for their arrival. The result was a war of attrition, as Japan began losing aircraft and pilots it couldn’t afford.

Back on the ground, Marines defending Lunga Point were reinforced with Marines coming off their amphibious landings on the rest of the Solomon Islands. Guadalcanal just happened to be the biggest of them all. By September, aircraft were landing men and supplies for the Marines, but the Japanese were still landing reinforcements from Rabaul and New Guinea.

Guadalcanal’s Importance in the Pacific War

At Imperial Japanese Headquarters, it was understood that Guadalcanal could be a major turning point in the war, so Japan was not willing to concede the island easily. For more than six months, Japanese and Allied troops fought over the 2,000-square mile island.

By day, the combined Marine, Army, Navy, and Allied aircraft, calling themselves the Cactus Air Force, pounded Japanese positions. By night, Japan struck the airfield and the Marines while speedily delivering supplies and men. The U.S. Navy intercepted this fleet, called the “Tokyo Express,” in October 1942, significantly hurting Japan’s ability to contest control of Guadalcanal.

But they fought on and were finally driven into the sea in January 1943. Guadalcanal was declared secure on February 9, 1943, after seeing 60,000 Allied troops fight more than 30,000 Japanese defenders for six months.

The casualty numbers reflect just how important Guadalcanal was for both sides of the Pacific War. More than 7,000 Allied men died in the fighting while the Japanese saw nearly 20,000 killed, with tens of thousands more wounded on both sides. This is why the island is one of the most storied sites of the war.