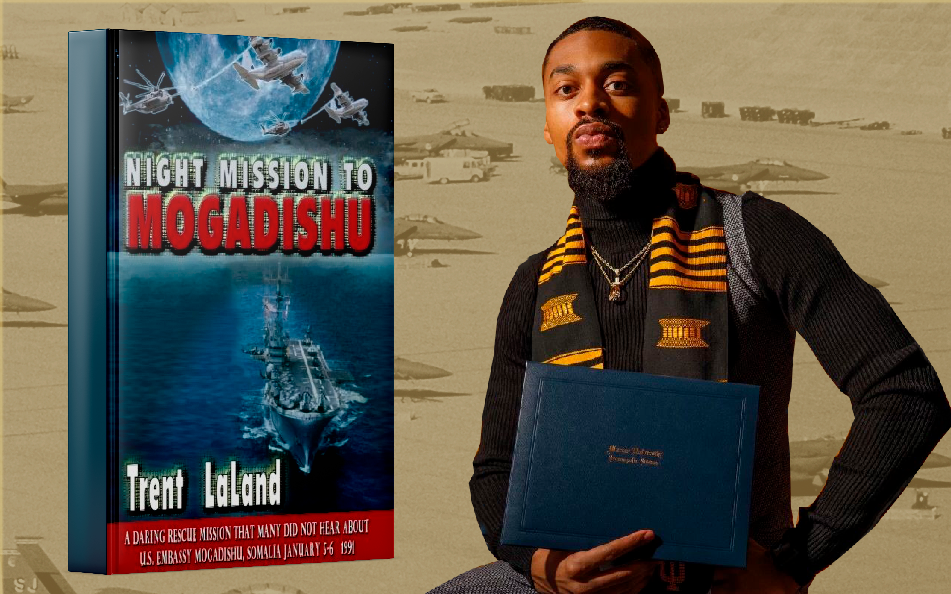 While the United States military and coalition forces prepared for the imminent battle with Iraq’s military forces, Operation Desert Storm, January of 1991, a second international crisis unfolded in the famine-stricken country of Somalia, where a full-scale bloody civil war erupted. Warlord General Mohammad Farah Aideed rebel forces were attempting to overthrow the Somali government. The fighting threatened Americans and Foreign diplomatic missions based in Mogadishu, Somalia, as the Somali government was collapsing under the weight of the bloody civil war. This is an incredible story that has not been told of heroism in the face of chaos and uncertainty. The story was simply lost because it occurred in the immediate lead-up to Operation Desert Storm and hardly received any media attention.

On January 2, 1991, Italian officials in Mogadishu made a fruitless effort to arrange a cease-fire among the factions. When this effort failed, U.S. ambassador James K. Bishop realized that he didn’t have many options left, and on that day, January 2, 1991, he made the call to Washington D.C. to be rescued. Ambassador Bishop’s message was clear and straight to the point. “If a U.S. military rescue force does not arrive in time, there will be no one to rescue”…

This is the untold story and true events of Operation Eastern Exit.

About the Author of Night Mission to Mogadishu

Trent LaLand grew up in Indianapolis, Indiana. He graduated from Arsenal Tech High School in June of 1982.