The Battle of the Alamo 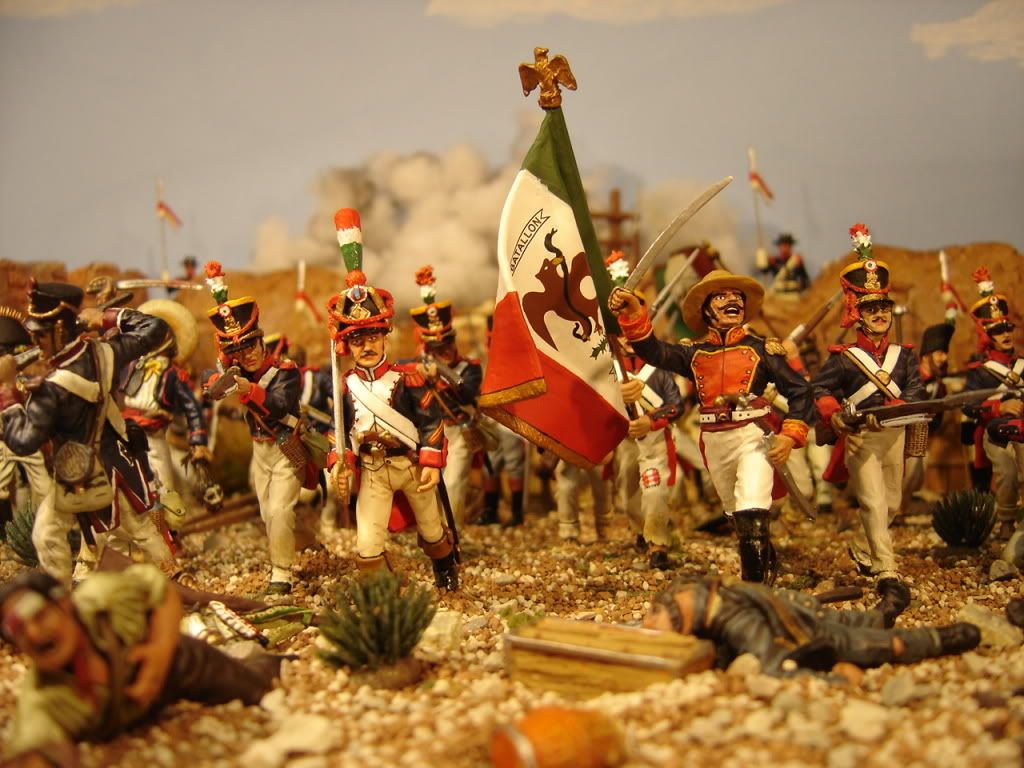 Few battles in American history resound so powerfully in our collective memory as that of the Alamo. The Battle of the Alamo had everything we could ever want in an epic story. It featured a handful of defenders fighting for freedom, facing down an overwhelming but cruel enemy, and among those defenders were some of America’s most legendary names.

When the defenders of the Alamo were killed to the last man, it inspired a country to take up arms and win their freedom, lest they all meet the same fate. The Texians who fought at the Alamo may not have won the battle, but their sacrifice helped win the war and freedom for their country.

Background of the Battle of the Alamo

For years before the battle, Texas enjoyed a swell of population and the autonomy to grow far from the heavy hand of government from Mexico City. When General Antonio Lopez de Santa Anna came to power in 1832 and changed all that. By 1835, he consolidated power and tried to rule through a more centralized government. Mexican immigrants across the country took up arms, but nowhere was the rebellion more vocal and violent than in Mexican Texas.

By the end of 1835, Texians had expelled Mexican troops from Texas, convened a governing council, and formed an Army led by Commander-In-Chief Sam Houston. Santa Anna was livid at the losses, declared the new volunteers of the Texian Army to be pirates, and that his forces would take no prisoners. He also mounted a 6,000-strong force called the Army of Operations to quell the revolt.

Standing in Santa Anna’s way were an estimated 182 Texians and volunteers under the command of William Travis, manning an old Spanish mission called the Alamo at San Antonio de Bexár. Stopping the Mexican Army at San Antonio was critical because of its strategic location at the Texian crossroads. If Santa Anna captured the mission, he could march anywhere in the young country. The volunteers remained in the fort.

Siege of the Alamo

When the Mexican Army arrived, there were 18 cannons and 150 men to defend the Alamo. James Bowie met with a Mexican envoy before the battle. Santa Anna demanded the Texians surrender at discretion, which meant the Mexican general would decide what happened to the men after they surrendered. For the Texians in the Alamo, the battle meant victory or death. Travis responded to the terms with a single cannon shot.

Santa Anna Moved on ​​Bexár, occupying the town with 1,500 troops, then raised the red flag signifying there would be no quarter. Over the next two days, the Mexican force fired 200 cannonballs at the fortress as the two sides skirmished outside the Alamo walls. Bowie became ill and bedridden as Mexican reinforcements arrived. There was no word from anyone about Texian reinforcements.

By March 4, the Mexican Army was ready to assault the Alamo, a move the Texians knew was imminent. At 2200 the next day, the Mexican guns went silent, and many of the Texians fell into a deep sleep. Four columns of 1,800 Mexican soldiers prepared to assault the Alamo, with 500 cavalry troops left to prevent any escape. At 0530, they moved, silently approaching the walls and killing three guards who fell asleep on duty. The Texians only awoke when buglers sounded, and the troops screamed, “Viva Santa Anna!”

By then, they were already in musket range. Still, they were at a disadvantage. Texian rifles were much more accurate, and the Brown Bess muskets the Mexicans were using could only be fired by the front row of infantry. Many Mexican soldiers died from being shot in the back by the untrained conscript soldiers.

In mass formations, they were also prime targets for defending artillery. The Texians fired everything they could out of the cannons, including horseshoes. Mexican troops attempted to scale the walls using ladders but were shot for their efforts. Texian defenders were beginning to use so many shots they ran out of preloaded rifles.

William Travis was killed in the first attack. Mexican soldiers fell back and regrouped, only to make a second failed attempt at an assault. In just fifteen minutes since the buglers played, they began to make their third attack. It looked like another failure, but Santa Anna sent in his reserves, who scaled the walls and opened the doors from the inside.

Mexican troops poured into the Alamo, taking the defenders’ cannon and each of the walls in turn. Those who could make their way to the barracks and the chapel to make a last stand. Texians who couldn’t make the barracks fled toward the San Antonio River but were cut down by Mexican cavalry.

Using the captured cannon, the Mexicans shot open the doors of the barracks and killed everyone inside, some in hand-to-hand combat. Bowie was killed in his sickbed. In the chapel, the last of the Alamo defenders fired their last cannon shot and fired a volley from rifles before being bayoneted. Combatant survivors were executed on Santa Anna’s orders.

A third of the Mexican force involved in the attack were killed or wounded. Yet, he still held a six-to-one advantage over the Texians. Combined with the victory at the Alamo, he assumed the Texians would flee, and that would be the end of the Texas Revolution. Instead, Sam Houston’s army received hundreds of volunteers.

Houston surprised Santa Anna while his army was in camp, catching it completely by surprise in the Battle of San Jacinto in April 1836. Within 18 minutes, the Mexican Army was routed, half of it destroyed, and Santa Anna himself was captured the next day. Texas had won its sovereignty.