Why Americans Use Yellow Ribbons To Support the Troops? 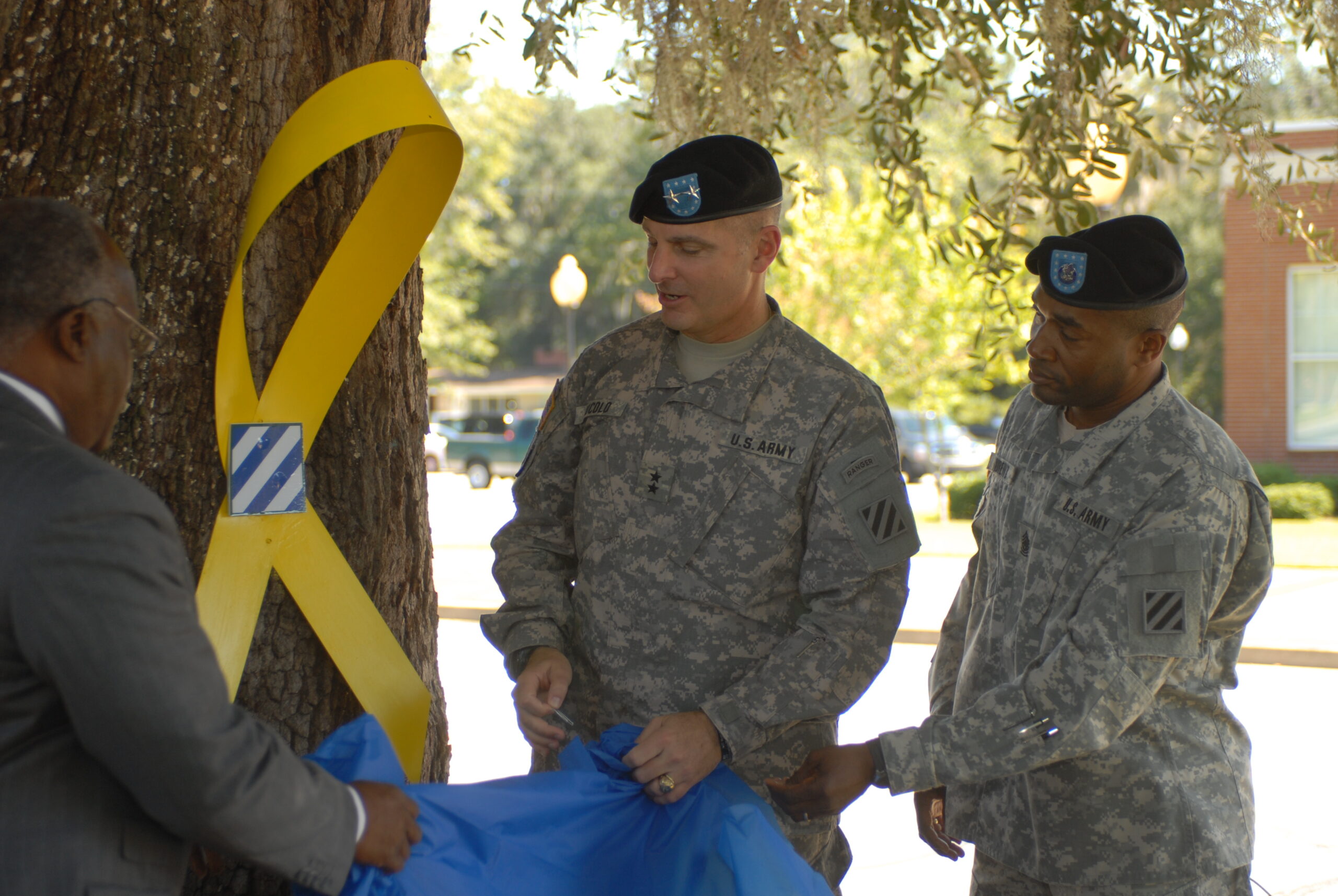 You just can’t keep a good tradition down. The good stuff will always come back up to the top in the ebb and flow of history. Using yellow ribbons to remember the troops is based on that kind of tradition.

The Use of a Yellow Ribbons in American Popular Culture

There are a lot of myths and legends surrounding when ribbons were first tied on, why the color yellow is used, and where exactly one is supposed to tie the ribbon. Those legends are only a part of the full story.

For centuries, people have used items with special meaning to remember loved ones while they are away, whether they’re at war or not. The use of a yellow ribbon in American popular culture first appears in a folk song, “Round Her Neck She Wore A Yellow Ribbon.” This song can be traced as far back as 1838 and as far away as the United Kingdom.

Versions of the song have appeared and reappeared in American culture ever since. It emerged once again in 1917, as the United States entered World War I as “Round Her Neck She Wears a Yeller Ribbon (For Her Lover Who Is Far, Far Away).” Two million Americans would deploy to Europe to fight in the Great War, so this song naturally became culturally important.

In 1949, after World War II, the John Wayne western “She Wore a Yellow Ribbon” revived the practice once again, with actress Joanne Dru as Olivia Dandridge donning a yellow ribbon to remember her lover, the Duke, who was a cavalry officer. The movie also included a new version of the song.

In 1973, the custom was revived once more with a hit song, “Tie a Yellow Ribbon Round the Ole Oak Tree,” by Tony Orlando and Dawn. The song was so popular that radio stations would play it multiple times every day for months. It went around the world and spanned generations. Many people still remember the song today.

Two years later, inspired by the song, a woman named Gail Magruder decorated her porch with yellow ribbons to welcome her husband, Jeb Stuart Magruder, home from prison. The story (and the Magruder porch) was covered by news outlets because Magruder was one of President Richard Nixon‘s operatives. He helped to plan and execute the Watergate break-in and then helped in the attempt to cover it up.

The Seminal Event that Revived the Tradition

The seminal event that revived the tradition – perhaps for good – is that Penne Laingen was watching that night. She was the wife of Bruce Laingen, charge d’affaires at the U.S. embassy in Tehran. Laingen and 51 others were taken hostage in Iran on Nov. 4, 1979, and held for 444 days. Penne tied yellow ribbons to remember her husband and the other hostages.

Less than a decade later, the United States was facing a new crisis in the Middle East: Operation Desert Shield and Desert Storm. As American troops deployed to expel Iraq from Kuwait, Americans once more tied the yellow ribbons to remember their deployed loved ones, keeping the living tradition alive with a new purpose.

So the yellow ribbon isn’t necessarily just for veterans and troops; it’s to remember anyone who should be home and isn’t, for whatever good reason, until they return. It’s just likely that American troops will most likely be the ones missing from the holidays and other important family events – and they are important to remember until they come home.