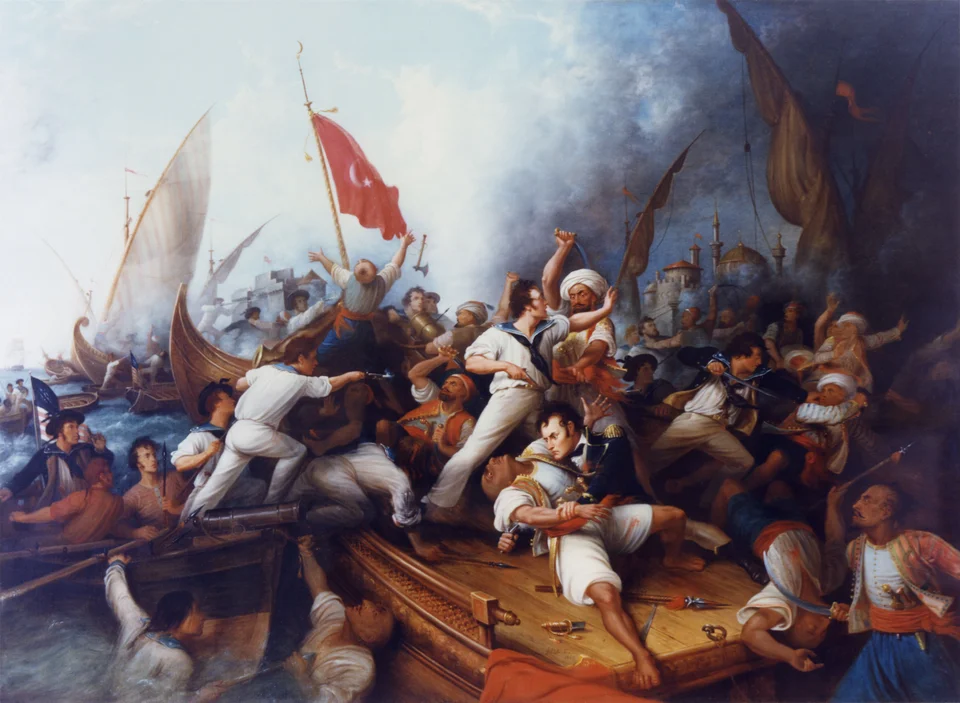 In the world of American Naval heroes, few figures loom as large over Navy history as that of Stephen Decatur. He was among the first American military heroes to come to prominence after the American Revolution, the youngest sailor ever promoted to Captain in U.S. Navy history, and a veteran of three wars. With every battle in every war he fought, Stephen Decatur’s service exemplified the heroism and bravery of the Navy, no matter what his rank he was at the time.

Decatur was practically raised in the Navy, as his father, Stephen Decatur, Sr., was a commodore during the American Revolution. The younger Decatur entered the naval service at just 19 years old. Within six years, he would be Captain of his own ship.

Even for sailors of his time, he was something of an anomaly. He was by no means ignorant but found his time at university less than thrilling, so he got a job supervising the construction of the USS United States, a frigate aboard which he would serve as a midshipman and later command. His famous father hired a tutor for him to learn the skills necessary for navigating a sailing ship.

When it came to fighting on the high seas at the time, he learned those skills from his friend and mentor, Revolutionary War veteran Commodore John Barry. Barry may not have realized at the time, but he was teaching someone who would become one of the Navy’s greatest fighting sailors.

After being promoted to lieutenant by President John Adams, Decatur transferred from the USS United States to the USS Norfolk so he could hunt down French privateers prowling the Caribbean and preying on American merchantmen. After the end of the Revolution, France demanded the U.S. end its trade with Britain and pay back its debt from the war. When the U.S. refused, French ships began capturing American merchants.

A series of naval engagements followed, which became known as the Quasi-War. For the Frenchmen who engaged the USS Norfolk with Lt. Stephen Decatur aboard, it was almost certain death. The Norfolk captured some 25 French and privateer ships. After the Quasi-War ended later that year, Decatur retained his commission despite a reduction in the size of the U.S. Navy.

Keeping Decatur turned out to be in the Navy’s best interest. In May 1801, a new president was in the White House, and he refused to continue the practice of paying off North African pirates to prevent them from targeting American vessels.

These states, known as the Barbary States, would hold crews for ransom until the U.S. paid tribute. Jefferson ordered the Navy to punish the Barbary Pirates by “sinking, burning or destroying their ships and vessels wherever you shall find them.”

That’s exactly what Decatur did. He sailed to North Africa with the first American naval squadron to cross the Atlantic. By 1803, after some time spent at sea, Decatur found himself in command of the USS Enterprise, capturing enemy ships. But his real glory in the Barbary War came later that year after the pirates captured the USS Philadelphia and held it in Tripoli harbor, in modern-day Libya.

Decatur led an expedition aboard the USS Intrepid that crept into the harbor under British colors. He and the Americans boarded the Philadelphia, killed the Tripolitans who were on guard, and finding Philadelphia was unable to put to sea, burned and destroyed it. The fire and resulting explosion damaged the harbor in the process – without losing a single sailor.

Lord Nelson, Britain’s most famous naval hero, called Decatur’s raid on Tripoli Harbor: the most daring act of our age.” For his daring, Decatur was given command of the USS Constitution and promoted to Captain at age 25, still the youngest to reach the rank in the U.S. Navy.

Following his daring raid, the Americans (and Decatur with them) continued the attacks on Tripoli, devastating the city so much that much of the populace fled for the countryside. By 1805, the damage to the Tripolitan fleet was so extensive that the Bashaw of Tripoli was finally forced to sue for peace.

In the years to follow, Decatur’s naval resume only grew. He became the scourge of the Royal Navy during the War of 1812, where he would briefly command the ship he’d overseen during its construction, the USS United States. He also returned to the Barbary Coast in 1815 as part of the American effort to end the piracy and tribute system still practiced by the North African pirate states.

Decatur would later in life make disparaging remarks to Commodore James Barron and be killed by Barron in the duel that ensued in 1820. He died a hero, recognized for his leadership and daring, and holding the highest rank possible for an American Naval Officer.