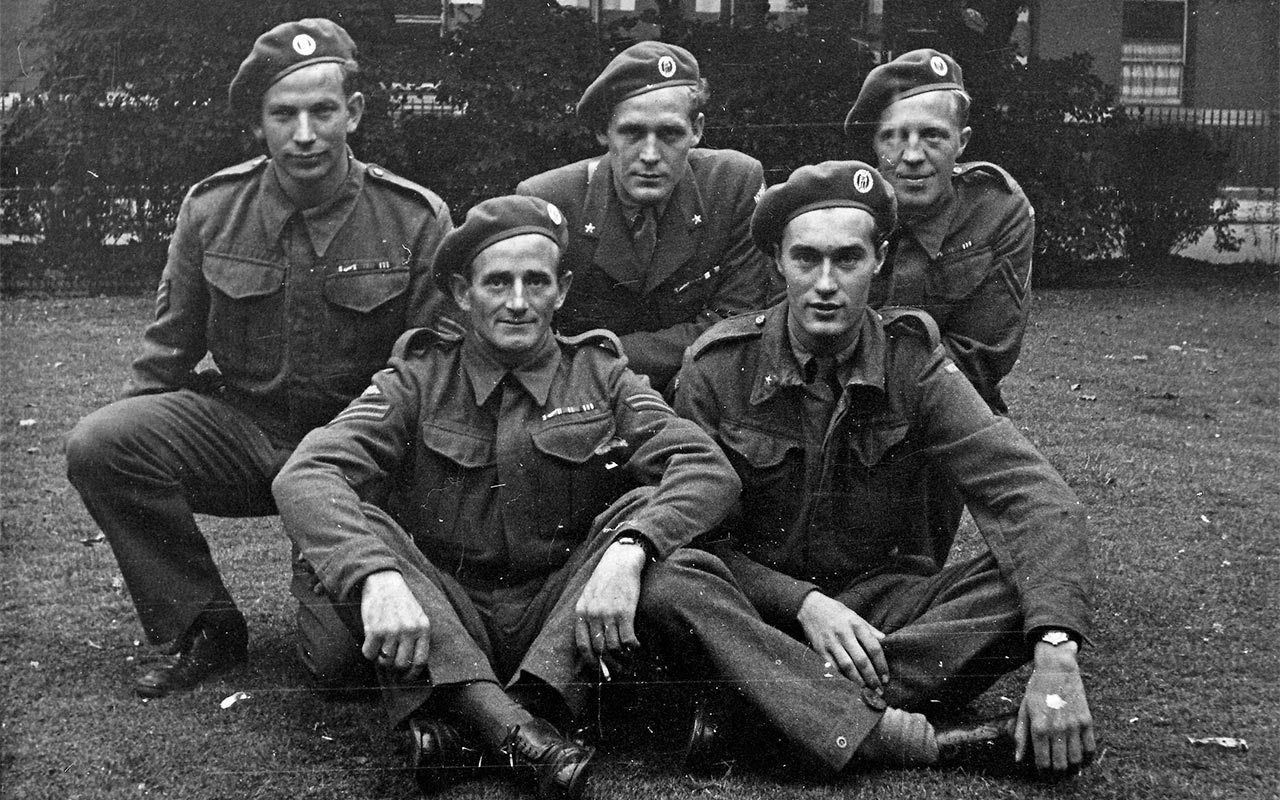 The plan was audacious, requiring a midnight parachute jump onto a snow-covered mountain plateau, cross-country skiing in subzero temperatures and an assault on an isolated, heavily guarded power plant in southern Norway.

And the stakes, though no one in the five-man commando team knew it at the time, were spectacular: Destroy the Nazis’ sole source of heavy water, a recently discovered substance that Hitler’s scientists were using to try to develop an atomic bomb or risk the creation of a superweapon that could secure a German victory in World War II.

“We didn’t think about whether it was dangerous or not,” Joachim Ronneberg, the 23-year-old Norwegian resistance fighter charged with leading the mission, later told Britain’s Telegraph newspaper. “We didn’t think about our retreat. The most important decision you made during the whole war was the day you decided to leave Norway to report for duty. You concentrated on the job and not on the risks.”

Ronneberg went on to land a crippling blow against Nazi Germany’s atomic ambitions, blowing up much of the plant and destroying its heavy-water stockpile without firing a shot or losing a man. He was 99, and the last of Norway’s celebrated heavy-water saboteurs, when he died Sunday, according to the state-owned broadcaster NRK, which confirmed the death but did not provide additional details.

“Ronneberg is one of the great heroes of Norwegian war history,” Norwegian Prime Minister Erna Solberg told the media company. In 2015, British military historian M.R.D. Foot told the New York Times that Ronneberg’s mission “changed the course of the war” and deserved the “gratitude of humanity.”

Although historians have argued over how close the Nazis came to be developing an atomic bomb, and over what prevented them from succeeding, German officials at the time seemed to agree that Ronneberg’s actions were pivotal. After visiting the damaged heavy-water plant, Nikolaus von Falkenhorst, the Nazi general overseeing occupied Norway, was said to have declared, “This is the most splendid coup I have seen in this war.”

Yet even Ronneberg’s exploits were chronicled in books, television series and movies such as “The Heroes of Telemark,” a popular 1965 film starring Kirk Douglas and Richard Harris, Ronneberg resisted being glorified as a war hero.

“There were so many things that were just luck and chance,” he told the New York Times. “There was no plan. We were just hoping for the best.”

Biography of The Hero Who Crippled The Nazi Atomic Bomb Project

Raised by a prominent Norwegian family in the port town of Alesund, he was born Joachim Holmboe Ronneberg on Aug. 30, 1919, and was working for a fish export company when Germany invaded in April 1940. With a few friends, he fled to Britain aboard a fishing boat and linked up with the Special Operation Executive, a wartime espionage unit that Winston Churchill dubbed his “Ministry of Ungentlemanly Warfare.”

Ronneberg studied the dark arts of sabotage  – including how to lay a bomb, fire a weapon and kill someone with his bare hands – before serving as an instructor for recruits in Norwegian Independent Company 1, a unit sometimes known as Kompani Linge.

His rise through the organization occurred as Allied forces received reports that the Nazis were increasing cold-water production at Vemork, an industrial facility, and hydroelectric power plant – once the world’s largest – built by Norsk Hydro in the Telemark region of southern Norway.

The plant was already the world’s leading commercial supplier of heavy water, a moderator that German scientists were using to try to produce weapons-grade plutonium for an atomic bomb. It proved less effective than graphite, which their American rivals working on the Manhattan Project used to create the bombs dropped on Hiroshima and Nagasaki in 1945.

By the time Ronneberg was enlisted to lead Operation Gunnerside, the mission to destroy the plant, 41 men had died in a November 1942 raid dubbed Operation Freshman, in which a pair of gliders crashed in bad weather in Norway. The survivors were executed by the Nazis.

Rather than risk another glider mishap, Ronneberg and the four commandos he selected for the mission parachuted into Norway in February 1943. They landed in the wrong location but waited out a snowstorm inside a cabin and met up with four local fighters in Hardangervidda, a desolate plateau northwest of the plant.

The group reached Vemork on the night of Feb. 27, after scrambling down a steep gorge, crossing a frozen river and climbing up the far side to avoid a bridge guarded by the Nazis. Timing his infiltration of the plant to match a changing of the guard, Ronneberg said he was able to gain entry undetected, quickly and quietly breaking through a chain on the gate with help from a pair of heavy-duty metal cutters. He had purchased them in Britain “entirely by chance,” he said, after walking by a hardware store during a trip to the movies.

Drawing on intelligence from a Norwegian escapee who had worked at the plant, Ronneberg crawled through a ventilation duct and found his target – a row of pipes  – without understanding its significance as a source for a mysterious new weapon in Germany.

The charges, he later said, “fitted like a hand in a glove,” and in a last-minute change he trimmed the fuse, causing the explosion to go off in about 30 seconds, rather than 2 minutes, so that he and his team could ensure it went off  –  and, he hoped, escape the facility without being caught in the explosion.

“It was a mackerel sky. It was a marvelous sunrise,” Ronneberg told the Telegraph, recalling the moment hours later when he and his team had returned to the mountains, safely out of reach of Nazi guards. “We sat there very tired, very happy. Nobody said anything. That was a very special moment.”

Ronneberg and his fellow commandos skied 200 miles across southern Norway, escaping into neutral Sweden before returning to Britain.

He went on to lead Operation Fieldfare, an effort to break German supply lines in Norway by damaging bridges and railroads, and Allied forces continued to monitor Vemork. The plant was repaired after several months, leading U.S. planes to bomb the heavy-water factory later in 1943.

When the Nazis decided to move their supply of heavy water to Germany in 1944, one of Ronneberg’s fellow commandos, Knut Haukelid, led a successful operation to sink the carrying the substance, while it was traveling across Lake Tinn.

Ronneberg received Norway’s highest military honor, the War Cross With Sword, and was awarded the Distinguished Service Order in Britain. He returned to his hometown of Alesund after the war and worked as an editor at NRK before retiring in 1987, according to the broadcasting company.

He married Liv Foldal, a crafts teacher, in 1949, and had three children: Jostein, Asa, and Birte.

Ronneberg began speaking about his experiences as a resistance fighter only in recent years. His story, he told the Telegraph, had lessons for politicians and ordinary civilians even today.

“A few years ago,” he said, “I realized that I am part of history. Having been silent for years, now I realize it is important and quite natural for people to ask about the past, so they can plan. People must realize that peace and freedom have to be fought for every day.”