The Outpost: An Untold Story of American Valor by Jake Tapper 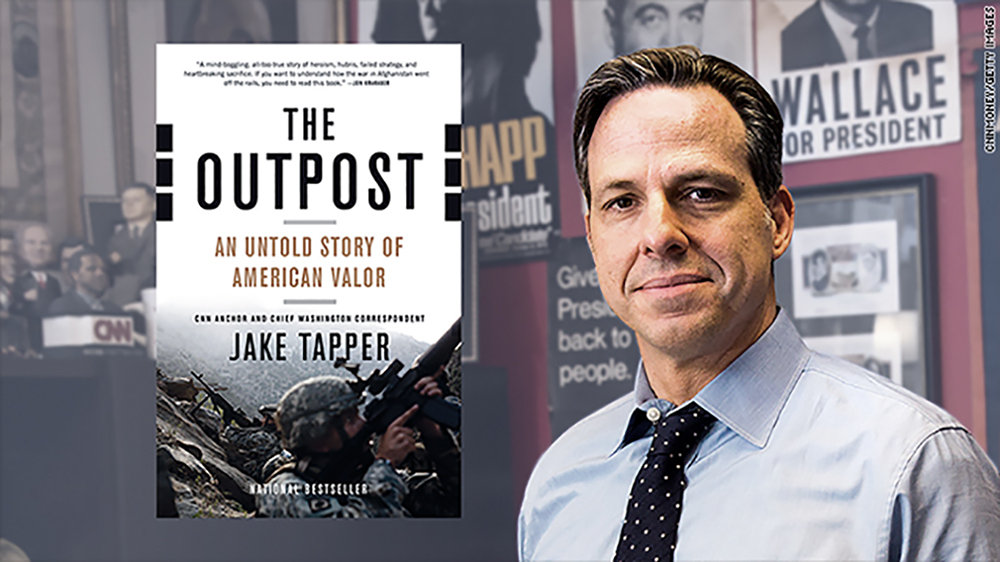 The Outpost is the heartbreaking and inspiring story of one of America’s deadliest battles during the war in Afghanistan, acclaimed by critics everywhere as a classic.

At 5:58 AM on October 3rd, 2009, Combat Outpost Keating, located in frighteningly vulnerable terrain in Afghanistan just 14 miles from the Pakistani border, was viciously attacked. Though the 53 Americans there prevailed against 40 Taliban fighters, their casualties made it the deadliest fight of the war for the fight for the U.S. that year.  Four months after the battle, a Pentagon review revealed that there was no reason for the troops at Keating to have been there in the first place.

In The Outpost, Jake Taber gives us the powerful saga of COP Keating, from its establishment to eventual destructions, introducing us to an unforgettable cast of soldiers and their families and to a place and war that has remained profoundly distant to most Americans.

Reviews of The Outpost

“The Outpost is a mind-boggling, all-to-true story of heroism, hubris, failed strategy, and heartbreaking sacrifice. If you want to understand how the war in Afghanistan went off the rails, you need to read this book.”

“Analyzing the consequences of decisions, large and small, is what makes Tapper’s book so important…for those wishing to understand the middle years of the war, they could do no better than to read The Outpost.”

“Jake Tapper has woven an intricate account about battlefield bravery hamstrung by military bureaucracy, [his] voice is understated, not polemical-just a good reporter letting his facts speak for themselves.”

“[A] fascinating history. Tapper delivers a blow by blow account of [the soldiers’ actions, their personal stories, and the tortured, often incomprehensible command decisions that kept them fighting despite inadequate support and an ally, Pakistan, that actively encouraged the enemy.”

“One of the most important [books] of the year. Jake Tapper’s book is meticulously researched, excellently written, and a must-read for everyone who does more than just mouth the phrase, ‘I support the troops.”

“Jake Tapper has written perhaps the best book set in Afghanistan to date. He provides a window into the false hopes and visions that enabled this failed experiment, an attempt to create a government in spaces that had actively avoided such.”

“Brilliant, dedicated reporting by a journalist who goes to the ground to get the truth. A sad, real tale about this war, America and the brave warriors who live – and die – at the point of the spear.”

~Bob Woodward, author of PLAN OF ATTACK, THE COMMANDERS and OBAMA’S WAR

“The power of THE OUTPOST lies in Tapper’s development of the main characters. He juxtaposes dramatic battles, complete with limbs blown off and eyes dangling from the socket, with poignant scenes of wives and parents first learning of the deaths of their loved ones.”

“Mr. Tapper lays bare the poor decision-making that shattered dozens of American lives in the pursuit of an ill-conceived goal.”

“A heartbreaking chronicle of the rotation of soldiers asked to oversee an underfunded, often thankless mission.”

Jake Trapper began his job as Anchor and Chief Washington Correspondent for CNN in January 2013.

Prior to that, Tapper was named ABC News’ senior White House correspondent on November 5, 2008 – the day after the 2008 presidential election. For an unprecedented three years in a row, the White House Correspondents Association has awarded the prestigious Merriman Smith Award fr presidential coverage under deadline pressure. He was a key part of the ABC News coverage of President Obama’s inauguration that was awarded an Emmy Award for Outstanding Live Coverage of a Current News Story.