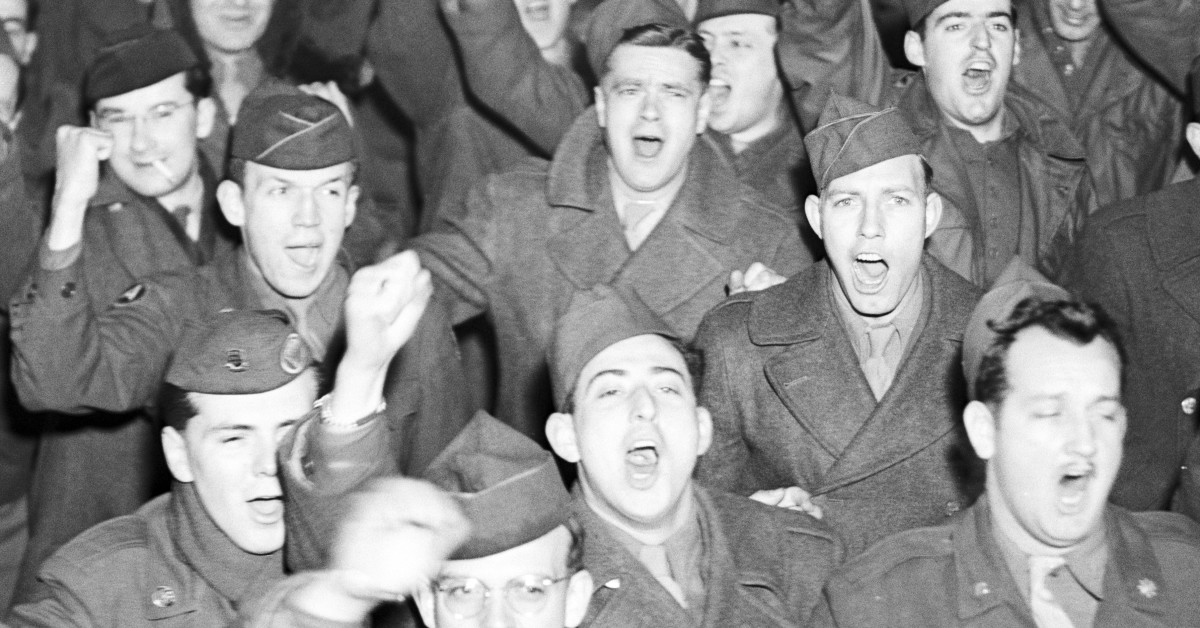 On May 8, 1945, the Allies accepted the formal surrender of Nazi Germany. The capitulation of the last Axis power in Europe marked the end of World War II there. The war in the Pacific, however, was still raging. American troops, along with the rest of the Allies, began to reorient their forces to concentrate on fighting the Japanese. But they didn’t have to work for very long. Just a few months later, the Japanese Empire also surrendered. On August 15, 1945, the Japanese forces officially surrendered, and World War II was finally over (V-J Day). The Allies had won the war.

What Was before V-J Day?

Over the course of four years, the United States had enlisted, trained, equipped, and shipped some 7.6 million men and women overseas. They had done their duty, and they were ready to go home – they wanted to make it home by Christmas.

Unfortunately, four months was not enough time to move millions of men from the four corners of the globe back to their stateside homes. Many GIs were not able to spend Christmas Day with their families, and they began to get restless.

To make repatriation fair, the War Department came up with a points system that measured how long a troop had been in service, how long they had been deployed overseas if they saw extensive combat duty, and if they were parents. The more points you had, the more likely you would be home sooner rather than later.

Everyone generally agreed the system was fair, but with no war left to fight and so many men in uniform, there simply wasn’t enough work to keep everyone in the U.S. military busy and occupied as the War Department made plans for getting them back to the United States. They were homesick and bored, and the politicians back home weren’t helping. They were under intense pressure from their constituents.

After V-J Day, by January 1946, thousands of American GIs were taking to the streets while in uniform, marching in protest of being kept so long away from their homes and families. Many carried placards expressing their anger and frustration at their commanders and their government.

In the December 1966 issue of the Journal of American History, author R. Alton Lee wrote that the actions soldiers took to protest the delays could easily qualify as a mutiny – an offense punishable by death under the Uniform Code of Military Justice.

So did the GIs who won World War II for the United States “mutiny?” Technically, they did, but did the U.S. Government treat them like mutineers? No. President Truman, Congress, and the War Department increased their efforts to get as many men back home as soon as possible. By March 1946, demobilization progressed enough that the protest at home and abroad ended.