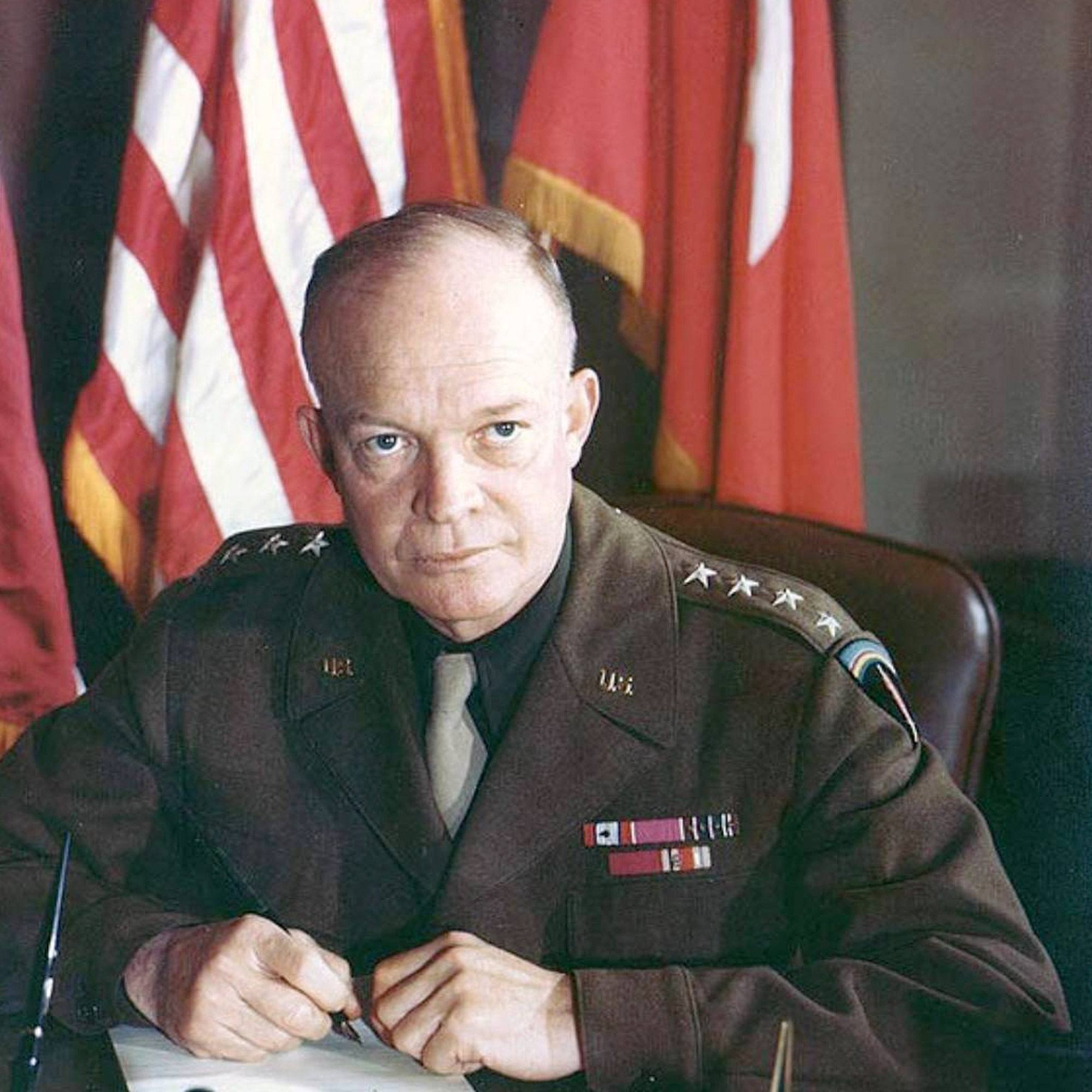 Speaking of Eisenhower, Field Marshal Lord Montgomery once said, “nice chap, no general.” General George Patton once lamented that it was too bad that Eisenhower had no personal knowledge of war. General Omar Bradley would write that Eisenhower “had little grasp of sound battlefield tactics.”

That might seem like some pretty harsh criticism considering the West tends to look back on Eisenhower as the man who led the allies to victory in Europe. His iconic status was further cemented in history when he became President of the United States in 1952.

However, the historical facts would prove that Eisenhower was but a LtCol at the start of 1941 and an officer who had never personally seen combat. Yet, that wouldn’t stop him from getting the keys to one of the largest military force the world has ever known.

Dwight D Eisenhower entered the halls of West Point in 1911 with a greater chance of becoming a football star than the Supreme Allied Commander in Europe. However, a football injury to his knee would not only end his football career but almost his military career as well. After graduating from West Point in 1915, his knee injury almost caused him to miss out on his commission as an officer in the Army.

Were it not for the intervention of West Point’s chief medical officer; the world may never have heard of a cadet by the name of Dwight Eisenhower.

He was given his commission and assigned to the 19th Infantry at Fort Sam Houston in Texas. After the United States joined World War I, Eisenhower was promoted to Captain and given orders to Camp Colt, Pennsylvania, where he would help train the newly formed Tank Corps.

While Eisenhower, like most young Officers of his day, longed for deployment to war, he would be denied. Rather, Eisenhower and his unit were given orders for a November 18th deployment to France, but the unfortunate timing of the November 11th armistice ensured Eisenhower would miss out on the entire war.

And while Eisenhower would not have the opportunity to distinguish himself in combat, he was making quite a name for himself as a trainer, organizational expert, and strategic thinker. During the years between the wars, Eisenhower would bounce through numerous commands and seemed well on his way to a rather unremarkable military career.

He would, however, serve closely with a few high-ranking generals such as Gen. Douglas MacArthur as they prized his efficient administrative ability. As 1941 rolled around, Eisenhower was still a Lt. Colonel, but the tides were about to change as mediocrity would give way to an unprecedented rise through the ranks.

General Dwight D. Eisenhower is a Leader of Generals

Eisenhower would first get a chance to truly distinguish himself during the late 1941 Louisiana Maneuvers, which were a series of training exercises designed to evaluate the United States military’s readiness for war. At this point, a “full bird” Colonel, Eisenhower served as Chief of Staff of the Blue Army, and by the time the maneuvers had wrapped up, Dwight D Eisenhower would finally be able to call himself General.

As a Brigadier General at the start of World War II, few still could’ve predicted that this man would surpass in rank the various Generals already ahead of him given his lack of combat experience.

But what Eisenhower lacked in combat, he made up for with political intuition and the remarkable ability to work with the complex personalities that made up the military leadership of the Allies. Perhaps it was his time serving directly under the notoriously difficult MacArthur, but Eisenhower did not seem to be phased by the vast array of Generals who could only be described as the World War II equivalent of a diva.

In addition, the war would require a certain amount of diplomacy with heads of state. At one point, Eisenhower was so trusted he was allowed to communicate with Joseph Stalin himself.

After briefly serving under Chief of Staff George C Marshall, these interpersonal abilities were recognized, and that, along with his known organizational and administrative skills would propel him into power. The rest is history that we all know too well. He would become the Commanding General of the European theater of operations in 1942, and before the war was over, he would be the Supreme Allied Commander of it all.

Being the person holding the keys to this mighty military machine at this moment of its victory was a good spot to be in.

The Main Criticism Against Eisenhower

After the war, Eisenhower was far and above widely viewed as a national hero. And while the allied generals who served with Eisenhower respected his abilities as a politician and administrator, they still wouldn’t pull their punches when it came to judging his military capacity. Field Marshal Lord Alanbrooke would record in his journals as of late 1942 that as a military General, Eisenhower was “hopeless. He submerges himself in politics and neglects his military duties, partly, because he knows little if anything about military matters.”

American Admiral John Hall who helped land the 1st Division on Omaha Beach, would write that Eisenhower “was one of the most overrated men in military history.”

While history rightly looks kindly upon the effort and leadership abilities of Gen. Eisenhower, it can’t ignore the fact that the contemporaries of his day thought very little of his ability to command in the field. Perhaps one might make the case that these men known to be military divas of a sort were just having a tough time swallowing the pill that the man who just a few years prior was a LtCol with no combat experience was now their boss.

Then again, history could also make the case that only a man such as Eisenhower could’ve led these various personalities to victory in the greatest war the world has ever seen. But Eisenhower appeared to live just fine with the criticism as Supreme Allied Commander, and President of the United States. Not too bad of a resume to go on one’s gravestone.