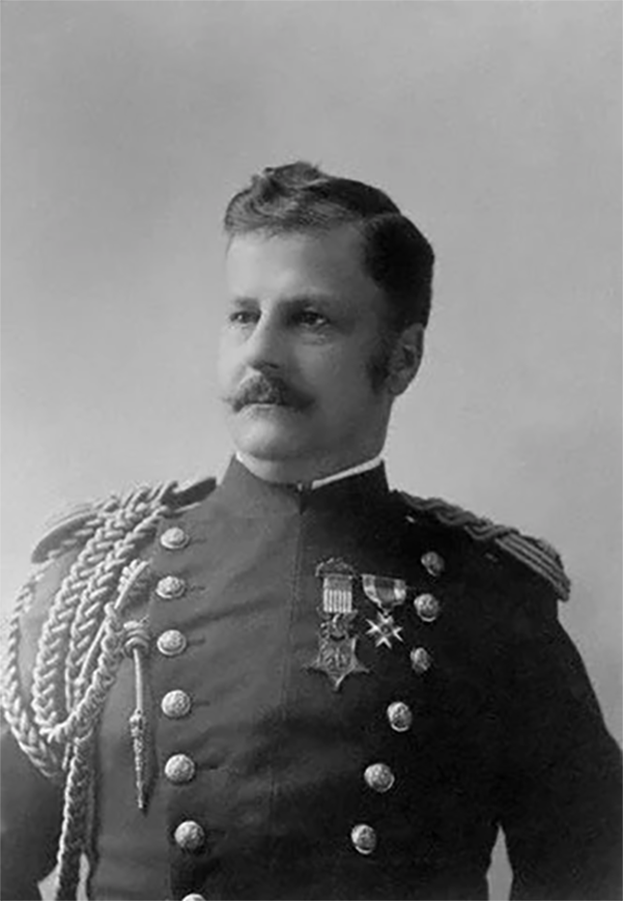 With no less than 620,000 deaths recorded over four years of intense fighting between Confederate and Union forces, the American Civil War remains the bloodiest conflict in American history.

Among these many tales is that of Lieutenant General Arthur MacArthur Jr. whose bravery at the most critical moment inspired his regiment during the Battle of Missionary Ridge.

MacArthur Jr. was born in the Chicopee Falls area of Springfield, Massachusetts on June 2, 1845. His mother Aurelia was the daughter of Benjamin B. Belcher, a wealthy industrialist. She would die at the age of 45, leaving behind Arthur and his brother, Frank.

MacArthur’s father, Arthur MacArthur Sr., was a prominent judge and the fourth governor of Wisconsin. With his father’s influence, MacArthur enrolled in the United States Military Academy. Thus began his journey as a Soldier.

MacArthur was in Wisconsin when the Civil War broke out. He promptly received a commission as a first lieutenant and joined the 24th Wisconsin Volunteer Infantry Regiment.

He participated in some of the deadliest hostilities of the war such as Stones River, Chickamauga, Chattanooga, the Atlanta Campaign, and Franklin.

The event that brought him into the limelight occurred during the Chattanooga Campaign in the Battle of Missionary Ridge, which took place on November 25, 1863, just after the Battle of Lookout Mountain.

While the battle raged on, the 24th Wisconsin found themselves under intense fire from the Confederates as the former moved up Missionary Ridge.

Despite that, the Union troops kept surging forward behind their roaring guns, yelling “Chickamauga! Chickamauga!” as Confederate General Braxton Bragg‘s men unleashed their volleys from above, making men fall on all sides.

The top of the ridge was the goal for the 24th Wisconsin, and they raced upwards, determined to knock the Confederates off the top. But with such heavy resistance from Bragg’s men, the assault was soon in complete tatters.

At that moment, the flag bearer of the 24th Wisconsin was killed. He hit the ground as the Confederate gunfire struck him and rolled down the ridge in his death fall. His grip on the flag was broken, and it fell from his hands into the dirt.

A comrade charged forth and reached for the flag, but the guns of the enemy were quick to knock him to the ground as well.

Amidst the roars of surging warriors, the voice of the 18-year-old MacArthur tore through the damp air. His weary legs were quickened by the sight of the battle flag lying on the ground beside his fallen comrades, and he dashed on ahead of the others.

The sounds of cannons and rifles did not terrify him. His will was stronger than the fear he felt. He reached for the flag, raised it from the dirt, and waved it passionately in the air.

Like a man chasing his own death, he raced up the ridge with the regimental flag dancing in the winds. His voice rang through the tumultuous atmosphere as he yelled “On, Wisconsin!”

His comrades from the 24th Wisconsin surged after him, fueled by his energy. More Union troops joined in the revitalized onslaught. And by the coming of dusk, the center of the Confederates’ line was broken.

The Confederates fled the ridge, and by the end of the battle, the 24th Wisconsin’s regimental flag was waving with its pole firmly mounted on the crest of Missionary Ridge.

For such an extraordinary display of bravery, MacArthur received the Medal of Honor.

The following year, only at 19 years old, he became a Brevet Colonel, which is why he was called “The Boy Colonel.”

November 30, 1864, was the day of the Battle of Franklin. During this event, the 24th Wisconsin found themselves in a desperate engagement with Confederate forces. MacArthur was severely injured by gunshots to his chest and leg. But, somehow, he survived his wounds – and ultimately, the war.

Following the end of the Civil War, he left the Army and went to study law. But a few months of studying law left him yearning for fulfillment, and it was clear that the only thing that would fill the void for him was the military.

Thus, MacArthur returned to the Army. In 1885, he participated in the campaign against Geronimo. In 1898 he led the 1st Brigade of the 2nd Division, a subset of the Eighth Army Corps, to victory during the Battle of Manila in the Spanish-American War.

He also played a role in the capture of Emilio Aguinaldo, and the effective end of the Philippine-American War.

MacArthur retired from the Army as a Lieutenant General on June 2, 1909, at the mandatory retirement age of sixty-four.

On September 5, 1912, during a reunion ceremony of the 24th Wisconsin in Milwaukee, MacArthur collapsed from the dais while trying to give a speech.

He was first buried in Milwaukee, but in 1926 he was relocated to Section 2, Gravesite 845-A of Arlington National Cemetery.

While MacArthur Jr. lived on in memories, his son Douglas continued where he left off.

Douglas MacArthur Jr. would earn the Medal of Honor during the First World War and would thus make history with his father. They became the first-ever father-son duo to earn America’s most prestigious honor.