War in Afghanistan – The Fall Of Kandahar 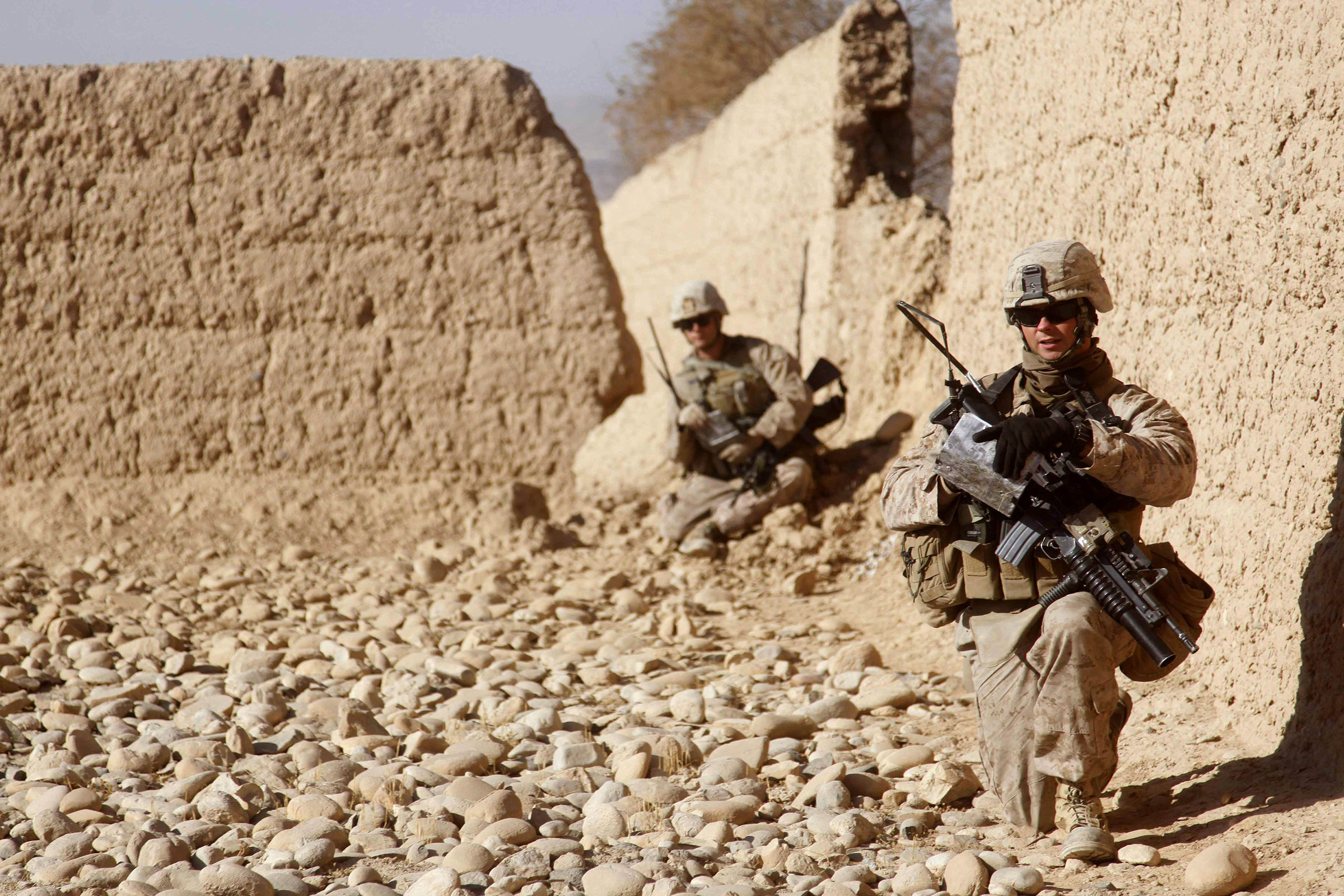 After the fall of Mazar-i-Sharif, Kabul, and Herat, Kandahar was the last major city under Taliban control. Kandahar was where the Taliban movement had originated and where its power base was located, so it was assumed that capturing Kandahar would be difficult. The city fell after several weeks of fighting to a force of local militia under Pashtun military commanders and their American advisers.

First Wave Of Aerial Attacks Against The Taliban

In preparation for the attack of Kandahar, the first wave of aerial attacks against the Taliban was launched on October 7, 2001, at 6:30 pm local time. A group of United States Air Force (USAF) bombers consisting of five B-1s and ten B-52s took off from Diego Garcia in the Indian Ocean. They were complemented by twenty-five United States Navy (USN) F-14s and F/A-18s strike aircraft from the aircraft carriers USS Carl Vinson and USS Enterprise in the North Arabian Sea. The Royal Air Force (RAF) and USAF provided L-1011s, KC-135, and KC-10s to supply en route aerial refuelings to the USN aircraft. Flown in from Whiteman Air Force Base, Missouri, two B-2 Spirits also participated in the attack, as did the EA-6B Prowler electronic warfare aircraft.

At 9:00 pm, USN, USAF, and Royal Navy (RN) forces launched several salvos totaling fifty Tomahawk cruise missiles against Taliban military and communications facilities and suspected terrorist training camps. The timing was chosen to coincide with the arrival of the strike aircraft, which dropped a variety of bombs including Mk 82s, JDAMs, AGM-84s, AGM-154s, and laser-guided bombs.

Targets within Kandahar included Taliban strongholds, as well as the houses of Arab foreigners who worked with the Taliban regime. One of the primary targets for the airstrike in Kandahar was Mullah Omar. The attacking aircraft were met with sporadic fire from Taliban anti-aircraft artillery batteries and surface-to-air missiles. The U.S. considered the attacks, conducted against the cities of Kabul, Jalalabad and Herat, to be successful as the goal of neutralizing the Taliban’s air defense was met.

Provide Relief For The Afghan People

To court and provide relief for the Afghan people, food and supplies were dropped into the region. Two C-17 transports delivered 37,500 daily rations by airdrop to refugees inside Afghanistan on the first day of the attack. Relief efforts faced a setback, however, from Taliban interference. World Food Program storehouses in Kandahar were raided and surrendered to Taliban soldiers, who “seized about 7,000 tons of food.” Hoping to avoid a backlash by civilians, the USAF deployed an EC-130E propeller aircraft to broadcast a message that the Taliban and its allies were the only targets of the attacks, not civilians.

The Fall Of Kandahar: The End Of Taliban Control Of Afghanistan

Anti-Taliban commander Gul Agha Sherzai was contacted by a U.S. Army Special Forces ODA on November 18th. His forces numbered about 800 men but were severely outnumbered and under-equipped. After receiving supplies, they moved out on November 22 in a convoy of over 100 vehicles and began advancing on Kandahar through the Arghastan desert. Attempting to bypass Taliban strongholds, Sharzai’s convoy halted outside the Taliban-held town of Takht-e-pol. While trying to negotiate a surrender, the convoy was ambushed by Taliban forces. Sharzai’s forces drove the Taliban back with the help of American air support. The Taliban retreated and abandoned the Takht-e-pol area.

Before the 15th Marine Expeditionary Unit of the United States Marine Corps arrived at ‘Rhino’ on November 25th, a recce team from SEAL Team 8 carried out a reconnaissance mission but were mistakenly engaged by AH-1W Cobra attack helicopters, they managed to get a message to the Marines before anyone was wounded.

On November 25, FOB (Forward Operating Base) Rhino was established outside of Kandahar, cleared in by the SEALs the 15th MEU relieved the 101st Airborne Division of control of FOB Rhino and continued forward operations throughout Kandahar with coalition forces. On November 27th, the 15th MEU was joined by a unit of the Australian Special Air Service Regiment and began joint operations against Taliban forces to the fall of Kandahar.

After the Battle of Tarin Kowt, the Eastern Alliance under the command of Hamid Karzai spent several weeks in Tarin Kowt attracting recruits. His forces swelled to around 800 men as he prepared to move on Kandahar from the north. On November 30th, Karzai’s force began advancing towards the town of Petaw. After taking Petaw without a fight, Karzai’s force attempted to take the bridge at Sayd Alim Kalay but was halted by stiff Taliban resistance. After a two-day battle involving heavy airstrikes, the Taliban withdrew on December 4th, leaving the bridge intact. Karzai’s force seized a bridgehead on the other side.

The next day, a stray American bomb landed on an American position, killing three Special Forces soldiers and wounding Karzai. Karzai’s men maintained their positions and began negotiations with the Taliban for the surrender of Kandahar.

The fall of Kandahar signaled the end of organized Taliban control of Afghanistan.

Read more about the War in Afghanistan on our Together We Served Blog and share your feedback.