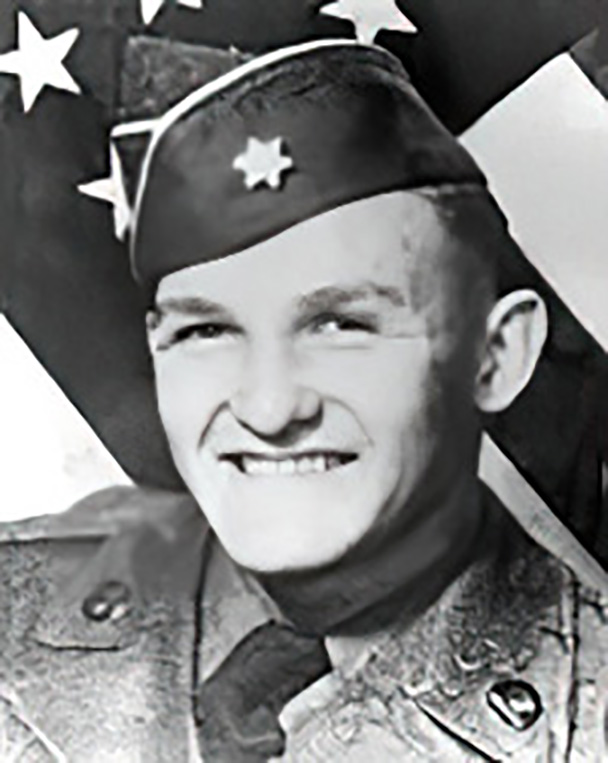 Pork Chop Hill is one of the most infamous battle sites of the Korean War. A communist force met an equal number of United Nations troops twice in the spring and summer of 1953. They fought over a North Korean hill that, in retrospect, had little strategic value.

The Importance of Pork Chop Hill

Whether the hill was essential to the overall war effort or not, the American and United Nations troops who fought for the position did so with courage and valor, the way they would attack any objective. One of those soldiers, a corporal from Hawaii, was a one-man anti-communist wrecking crew.

The truth about Pork Chop Hill is that the two sides had been fighting over the North Korean hill for almost the entirety of the Korean War. After the front stabilized in the aftermath of China’s intervention in the war, UN forces took the initiative during the “stalemate” period in 1951.

After the U.S. 8th Cavalry Regiment captured the hill in October 1951, it was recaptured by the communists, only to be retaken by the UN in May 1952. Pork Chop Hill became part of the UN’s main line of resistance north of the 38th parallel and was defended by the U.S. 7th Infantry Division for much of the rest of the war.

Despite its importance, some of China’s best soldiers would attack the hill to wrestle it away from the Americans. Under Chinese Gen. Deng Hua, the communists assaulted the hill on two separate occasions in 1953, making Pork Chop Hill a valuable bargaining point in the ongoing armistice negotiations.

On April 16, 1953, the Chinese People’s Volunteer Army launched an artillery barrage that caught the UN forces by surprise as Colombian troops were taking over its defense from the Americans. The UN defenders suffered heavy losses, as did the attempted UN counterattack.

In that first battle over Pork Chop Hill, the Americans fired 40,000 artillery rounds and launched nighttime assaults during moonless nights to dislodge the communists. It was a melee of grenades, flamethrowers, and hand-to-hand combat that lasted three days. The Americans cleared the hill, but at a high cost. The second battle would be just as brutal.

By July 6, 1953, the fighting along the line of resistance entered a lull as both sides expected an armistice at any time. That night, the Chinese PVA launched an identical assault to the one launched two months prior.

Cpl. Daniel Dwain Schoonover is One of the Defenders of Pork Chop Hill

Under a thunderstorm of artillery fire from both sides, the attackers and defenders of Pork Chop Hill fought a vicious, up-close-and-personal battle for control. Among those defenders was U.S. Army Cpl. Daniel Dwain Schoonover.

Cpl. Daniel Dwain Schoonover was the leader of an engineer demolition squad attached to the 7th Infantry Division. When the division was tasked to dislodge the communists from their advancements on Pork Chop Hill, Schoonover and his engineers took up arms as a rifle company and immediately got to work.

On July 10, his squad advanced on the hill across steep terrain with little tree cover and began assaulting enemy bunkers that held up their advance. Cpl. Schoonover led his men up that hill. After an artillery round exploded over an enemy-held bunker, he jumped into the bunker, killing one defender and taking another one prisoner.

As they advanced, they came upon another entrenched position. They found themselves pinned down once more before Cpl. Daniel Dwain Schoonover ran through the blaze of bullets in no man’s land, tossed his grenades into the nearest bunker, and ran inside with just his pistol, clearing the bunker of enemy troops.

His men advanced to the top of Pork Chop Hill, only to meet the enemy’s full counterattack. Under a barrage of artillery fire, Schoonover directed his men to hold off the enemy assault while directing UN artillery on the hilltop. His direction allowed the Americans to hold the hill overnight.

When morning came, his men were relieved, but Schoonover stayed behind to man a machine gun as the enemy counterattacked once more. When it came time for the Americans to push back, Schoonover joined that assault too. The last time he was seen alive, Schoonover was single-handedly pushing back a communist assault with an automatic rifle.

No matter what the importance of Pork Chop Hill was, Cpl. Dan D. Schoonover led his men in retaking the hill and stayed at his post for two days while beating the enemy back. He didn’t live to see the recapture of the hill for UN forces or the armistice that ended the war on July 27, 1953.

Schoonover was awarded the Medal of Honor for his leadership and action under fire. He is interred at the National Memorial Cemetery of the Pacific in Hawaii.