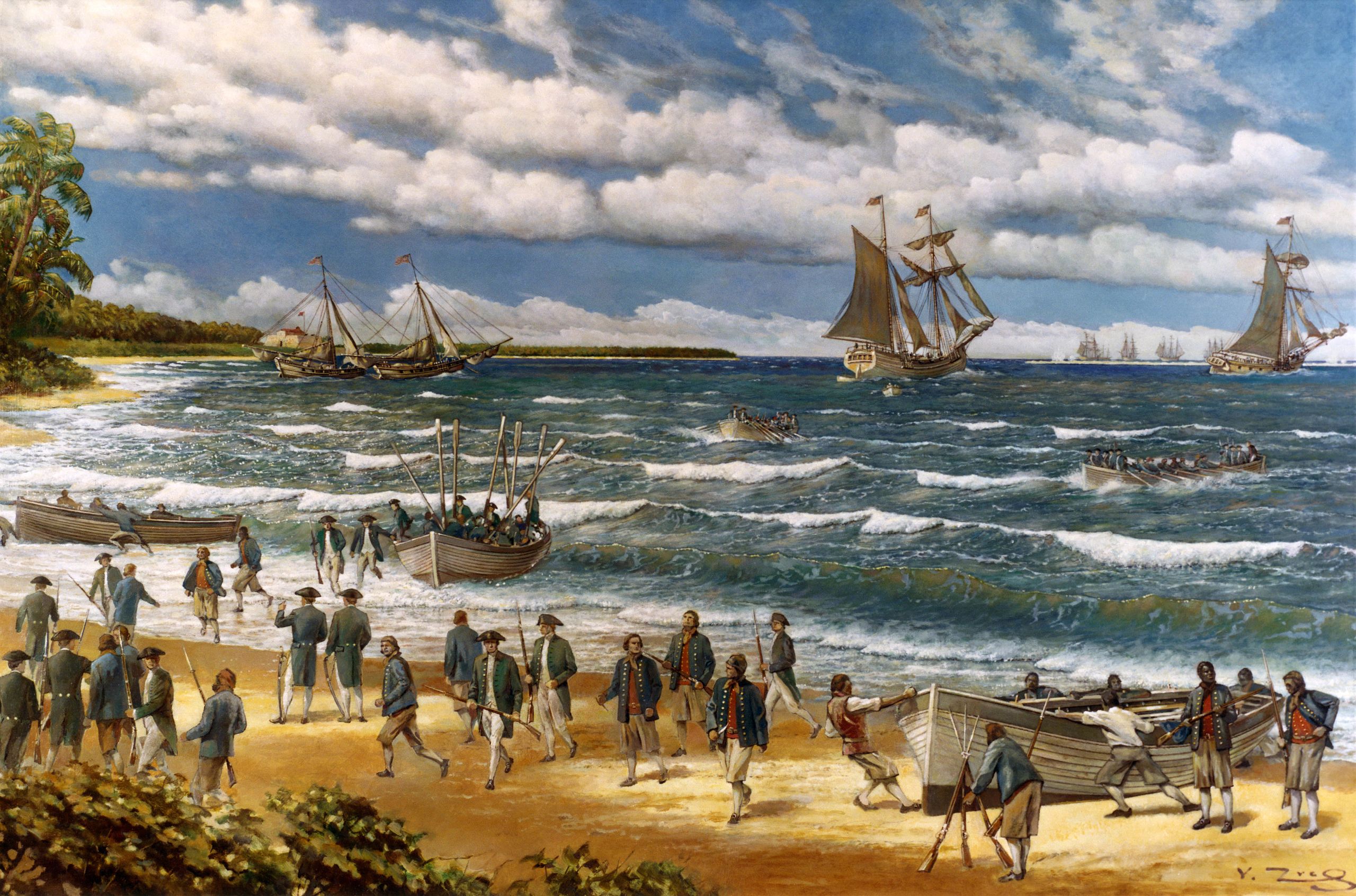 The U.S. Navy has had its wins and losses since its birthday on Oct. 13, 1775. Its victories are too numerous to count. While its losses are few and far between, two devastating losses stand out among all the others.

Its most memorable significant loss is, of course, a day that continues to live in infamy. The Japanese attack on Pearl Harbor devastated the Navy’s Pacific Fleet but did not cripple it. The Navy’s first-ever significant is on par with Pearl Harbor but is often forgotten: The ill-fated Penobscot Expedition.

In 1779, the Revolutionary War was in full swing. An American victory over British forces at Saratoga in 1777 brought recognition of the 13 American colonies from European powers like France and Spain. France allied itself with the new country, and the British Empire was forced to alter its strategy for dealing with the rebels.

A British force under Gen. Francis McLean captured a large portion of Maine, then part of the Massachusetts colony, and renamed it New Ireland. To reclaim the lost territory, Massachusetts assembled the largest naval expedition of the war – Penobscot Expedition.

A total force of 44 ships, including 19 warships and 25 support vessels, left Boston on July 19, 1779, bound for Castine, Maine, between the mouths of the Penobscot and Bagaduce Rivers. It was the same village at which the British landed to capture the area one month prior.

The flotilla was to land a force of 1,000 militiamen and colonial marines, along with a 100-strong artillery force under the command of Lt. Col. Paul Revere. Their first objective was to capture Fort George, a waypoint between the Royal Navy’s station at Halifax, Nova Scotia.

Though outnumbered by more than three-to-one, the bay at Castine was easily defensible, one of the primary reasons it was chosen by the British as the site of their stronghold between Canada and the rebellious American colonies.

Penobscot Expedition Was the Largest Naval Expedition of the Revolutionary War

Some 2,000 sailors and their colonial land forces under Brig. Gen. Solomon Lovell arrived near the Penobscot River bay on July 25, 1779. The Royal Navy engaged the warships almost immediately, exchanging fire for more than four hours. As the warships fought, the Americans attempted to land their ground troops but were pushed back by heavy resistance.

The next day, colonial marines captured the British guns on nearby Nautilus Island. The force of militiamen were landed at the mouth of the Bagaduce but were turned back. Another force of 750 men landed and began to build the siege works. Two days later, the colonials landed another force, this time marines mixed with militia, to capture the fort.

American forces captured the heights around the fort, but at a cost. More than a quarter of the landing party were killed or wounded, and the Continental Navy frigate Warren was heavily damaged supporting the landing. As the ground troops assaulted the British forces, they lacked the one thing they needed to win: naval support.

Commodore Dudley Saltonstall was in command of the American ships. After the casualties he took during the initial landings, he was hesitant to engage the British warships in the bay. Despite outnumbering the British ships, he kept out of range of the British guns, which gave the British naval superiority in the bay as the Americans mounted their attack on the fort.

Pinned down by heavy British fire, the Americans were pinned down. They managed to take a battery of guns adjacent to the fort under cover of darkness, but when dawn broke the next day, Fort George began to pound the captured position.

The delays in taking the fort, combined with the reticence of the American flotilla, allowed the British time to send for reinforcements. A force of ten British warships was dispatched from New York on August 3rd. It arrived as Saltonstall finally began a naval attack on Fort George. The reinforcements forced the American ship upriver, pursued the whole way by the British.

Commodore Saltonstall’s reluctance to engage the British fleet in the early days of the assault was blamed for the failure. Saltonstall was tried and sentenced to dismissal from the service. Fort George and the whole idea of New Ireland was abandoned in the terms of the 1783 Treaty of Paris that granted the colonies their independence.