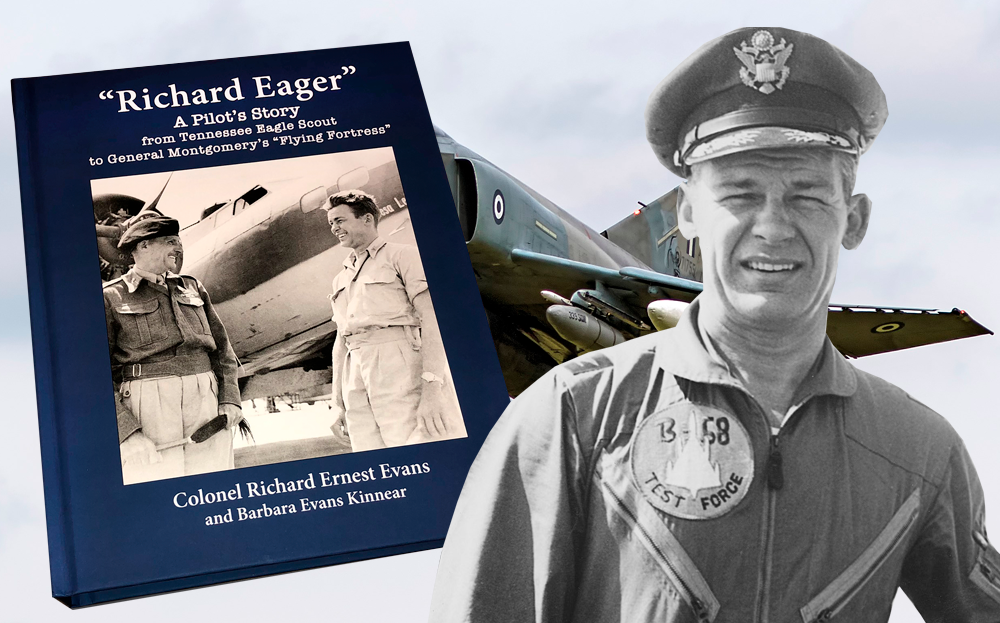 Some say the decades between 1930 and 1970 were the golden age of aviation. For many pilots, this was certainly the case. Aviation technology took a great leap forward during and after World War II. Pilots began testing the limits of their craft, from altitude to the sound barrier. Most importantly, the years saw the creation of the U.S. Air Force as an independent military branch.

Starting from a must-win air war like World War II, pilots like Col. Richard Ernest Evans could really make a name for themselves and thrive in the skies. Growing up in Knoxville, Tennessee, Evans was practically born to serve. He started his service life with the Eagle Scouts and became a B-17 Flying Fortress pilot in the Mediterranean theater of World War II.

He continued his service after the war as Deputy Director of Operations for the USAF Strategic Air Command. During the Cold War, he was promoted to colonel and was the commander of the B-58 test squadron. He then went to work for North American Aircraft Company, continuing his aviation career.

While deployed to the Mediterranean, he flew 54 combat missions over North Africa, Italy, and Germany. Most of these were flown in the “Theresa Leta,” his B-17E Flying Fortress. One of the most notable missions in Col. Evans’ war record came between June 13 and August 5, 1943. During this time period, he was Gen. (later Field Marshal) Bernard Montgomery‘s pilot, ferrying the famed British commander between his staff and his Army in the field.

After serving in Europe and North Africa, Col. Evans was transferred back to the mainland United States, where he learned to fly a new plane, the B-29 Superfortress. Evans was sent to the Pacific Theater in March 1945, where he flew one bombing mission over Japan before the Japanese surrendered later that year.

The rest of his time in the Air Force was spent first in the reserves before being activated again for the Korean War. After that, he became a test pilot, flying the B-47, B-52, and B-58 – the first strategic American bomber capable of flying at Mach 2.

Col. Evans’ time in the Army and later Air Force was truly a golden age for pilots in general, as well as a golden age for himself. Before he died in 2006, he wrote 21 chapters of the book that would become “Richard Eager: A Pilot’s Story from Tennessee Eagle Scouts to General Montgomery’s ‘Flying Fortress'” at the behest of his son and daughter.

The book is filled with interesting and funny stories from his youth, training, missions over Axis targets, and of course, his time with “Monty.” Although he was unable to find a publisher for his book before he died, his daughter, Barbara Kinnear, promised she would publish it after his death.

“My father was a wonderful storyteller. He wrote with humor and humility and with an understanding of the value of history. His stories will remind others of the importance of family, long-honored values, and facing one’s fears,” Kinnear told the UT Daily Beacon in 2022.

Just in time to celebrate the 75th birthday of the United States Air Force, Richard Eager: A Pilot’s Story from Tennessee Eagle Scouts to General Montgomery’s ‘Flying Fortress is available in hardcover, paperback, and digital formats, wherever books are sold, including Amazon and Walmart.