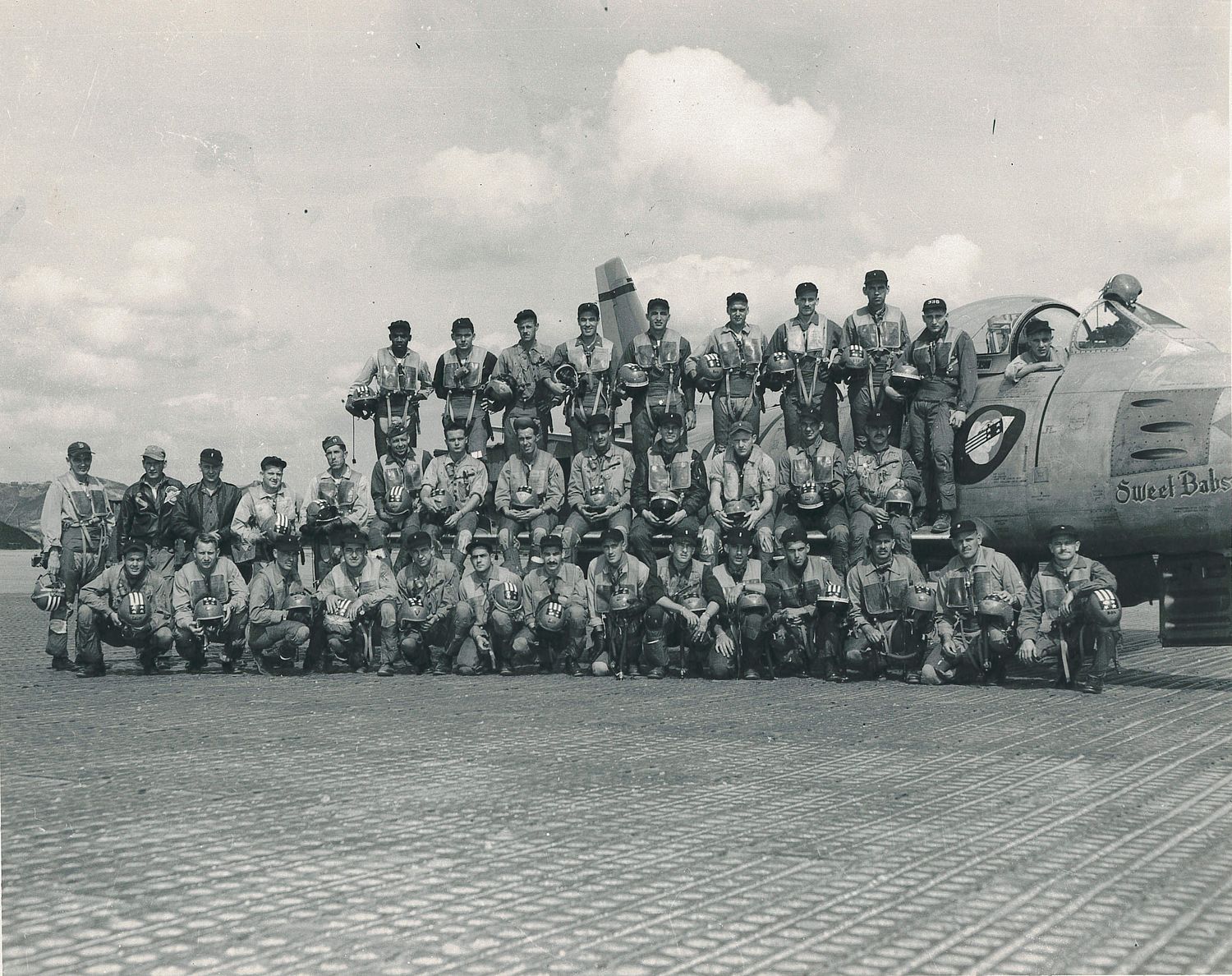 The annals of Air Force history are rich with the performance and accomplishments of individual units, but often reflect specific battles, a conflict, or other such moments in time. Due to ever-changing budgets, technology, restructuring, and more, tenure alone is a barrier to the creation of longstanding unit heritage and tradition. Nonetheless, select organizations can trace a significant lineage with associated individual and group exploits. Perhaps not well known to other than their sister units, the 336th Fighter Squadron is one such organization, serving with distinction for eighty years while continually reinventing themselves to embrace advancing fighter aircraft and technology.

History of the 336th Fighter Squadron

The earliest roots of the 336th Fighter Squadron track to World War II prior to entry of the United States, then known as 133rd Eagle Squadron. The unit was constituted in August 1941 (Coltishall, England) as the third of three British fighter squadrons manned by American volunteers. Interestingly, the remaining two Eagle Squadrons (71st and 121st) were transferred to US control along with the 133rd in September 1942, becoming the 334th and 335th Fighter Squadrons, respectively. Though thousands volunteered only 244 pilots were commissioned by the RAF and by VE Day, 107 had been killed and 34 were captured. Under 8th Air Force Fighter Command, the three units aligned to form the 4th Fighter Group, “one of the most distinguished fighter units in the world and one of only two Air Force units that trace their histories to a foreign country”. Initially flying the Hawker Hurricane followed by four different models of the legendary Supermarine Spitfire, then followed by the US P-47 and P-51, the group popularized their motto “Fourth but First”: first fighters to use belly tanks, first to penetrate Germany, first to accompany bombers to Germany, and first to accomplish the England-to-Russia shuttle. Perhaps most noteworthy was credit as the first unit to down jet aircraft introduced by the Germans.

By war’s end in the European Theatre of Operations (ETO) the group was credited with 1,016 enemy aircraft destroyed and thirty-eight aces, more than any fighter group in the 8th Air Force and earning the first Distinguished Unit Citation for the 336th. Among the top ten US aces in the 336th were Don Gentile (26 kills, surpassing Eddie Rickenbacker’s WWI record), John Godfrey (18 kills) and Vermont Garrison (17 kills).

The 336th Fighter Squadron was idled briefly from November 1945 to September 1946 but reactivated in response to growing cold war tensions and the need to re-arm. But this time the unit was designated a jet-propelled fighter squadron, introducing new aircraft, tactics (e.g., night operations) and giving rise to the nickname Rocketeers. Following training with the F-80 Shooting Star the unit transitioned to F-86 Sabre jets and prepared for deployment to Korea, now part of the 4th Fighter-Interceptor Group.

The Squadron Performed with Distinction in the Korean War

Just as in World War II, the squadron performed with distinction in the Korean War (December 1950- July 1953) and recorded a series of landmark firsts: first to fly the F-86 Sabre in combat, first to shoot down a MIG-15 (Lt. Col. Bruce Hinton, Commander 336th Squadron), and first to engage in an all-jet air battle. To accomplish the MIG kill Hinton mimicked flight behaviors and call signs of the outdated F-80, and once engaged, unleashed the enhanced combat capabilities of the F-86. All said and done, the 4th Fighter-Interceptor Group destroyed 504 enemy aircraft, more than fifty percent of the Korean War’s total, producing twenty-four aces and earning the 336th squadron a second and third Distinguished Unit Citation. One of these aces, Robinson “Robbie” Risner, is credited with one-hundred combat missions (8 kills) and would later set a transatlantic speed record flying the new F-100, ending his career as a Brigadier General.

On the heels of the Korean War Cease Fire in 1953, the 336th deployed globally to be front and center in all US interests: Cuban Missile Crisis, USS Pueblo Incident, Vietnam War with over 8,000 combat missions, NATO Operations, Defense of Saudi Arabia, Liberation and Defense of Kuwait with over 1,300 combat missions, Operation Noble Eagle (defense of the US following 9/11), and the Global War on Terrorism in Afghanistan. In doing so the unit was reconstituted several times to meet the ongoing needs of their assignments: Fighter-Bomber Squadron (1955), Tactical Fighter Squadron (1958), and back to Fighter Squadron (1991). More importantly, the squadron ensured its relevance, combat leadership and readiness with advanced aircraft (following Korea, the F-100, F-105, F-4 and the first fully operational F-15 squadron in the Air Force) and pioneering efforts in state-of-the-art strategies, chief among them the Global Mobility and Rapid Deployment model in use today and eerily similar with early deployment systems of the founding RAF Eagle Squadrons.

In recognizing the accomplishments of the 336th Squadron it is necessary to also appreciate contributions of the broader organization, the 4th Fighter Wing, and those units comprising it. Contemporary conflicts have proven the need for complimentary air, ground, and support resources to coordinate air-ground operations and effectively serve as a force multiplier. In October 2009, this strategy permitted Captains Polidor and Dove of the 335th Squadron to direct air support after expending their own munitions, to prevent a command post from being overrun by Taliban forces and earn the Distinguished Flying Cross. Likewise, in 2010 during his seventh deployment in Afghanistan, Master Sgt. Hood of the 4th Civil Engineer Squadron Explosive Ordnance Disposal was awarded a third Bronze Star for actions while locating and destroying improvised explosive devices, demonstrating heroism outside the cockpit. To universally recognize accomplishments of the 4th Fighter Wing the Air Force Historical Foundation awarded the first-ever General James Doolittle award, “For gallantry, determination, esprit de corps, and superior management of joint operations in accomplishing its mission under difficult and hazardous conditions in multiple conflicts” (June 2011).

The 336th Squadron is not a household name, but perhaps it should be. For eighty years, an organization committed to the defense of our country and freedom around the world, built on the heart and heroism of volunteers. Stephen Hawking once suggested “each generation stands on the shoulders of those who have gone before them”, leveraging the culture and exploits of their predecessors. Isaac Newton went still further to declare,” if I have seen further it’s because I have stood on the shoulders of giants”. The 336th and its sister squadrons comprising the 4th Fighter Wing are among the elite, with a legacy of courage, devotion, and excellence reaching back to the RAF Eagle Squadrons. However, this heritage is equally an obligation for current generations to provide requisite leadership for new generations, paying it forward to take their place walking in the footprints of those giants who came before them.