Civil War – The Civil War Within the Confederacy 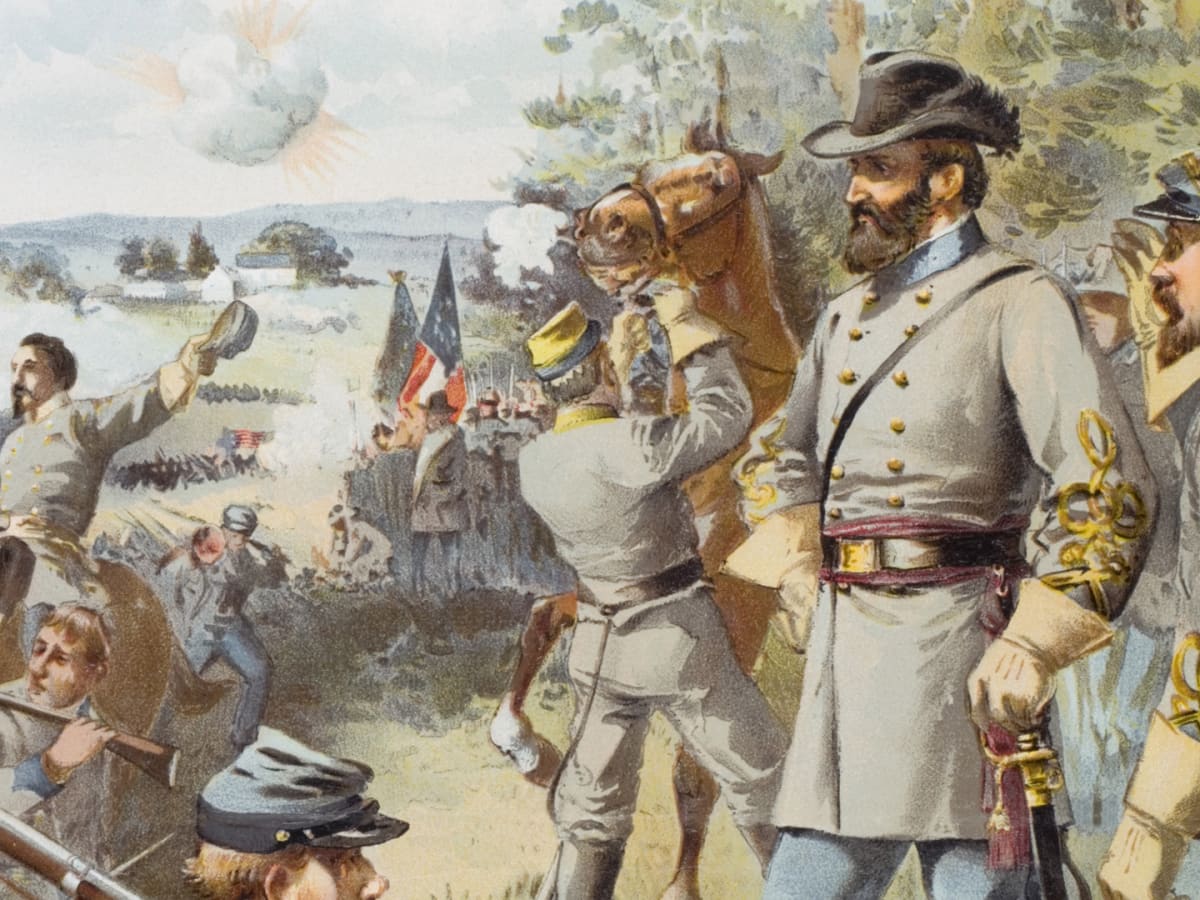 The civil war within the Confederacy is often overshadowed by the actual Civil War. The American Civil War was a titanic struggle between the overwhelming numeric and material advantages of the Union, and the tactical and leadership advantages of the states that would form the  Confederate States of America. In such a large conflict many stories, unfortunately, go untold and it becomes easy to oversimplify each side. The war did not become inevitable simply because of the Republican Party and the election of Abraham Lincoln to the executive branch of the federal government.

Even describing the conflict as “North vs. South” is inaccurate to a degree, as support for the war was far from unanimous on either side. On occasions when dissent within each side is discussed today, the focus is almost always on the Union’s Copperheads. However, it should be remembered that there was a vigorous pro-Union movement in the South, particularly in areas where not many people owned slaves. Even families in the south were bitterly divided about the war.

After April 12, 1861, and the Battle of Fort Sumter, southern Unionists began organising. One major Unionist group formed in parts of North Carolina and Virginia early in the war. They engaged in sabotage, spying, betrayal, smuggling, and other activities to undermine the Confederacy. At their peak, they were so successful that Robert E. Lee himself sent troops to suppress them. They called themselves “The Heroes of America.”

The origins of the Heroes of America (HOA) are shrouded in mystery. Of course, this was largely by design since they had to operate mostly underground to avoid punishments from Confederate authorities. They most likely formed from the remnants of a small armed Unionist group in North Carolina that was crushed in 1861.

However, Unionists continued to undermine the Confederate government and military whenever possible. They were especially prevalent in the more mountainous regions of western Virginia, present-day West Virginia, eastern Tennessee, and western North Carolina.

Their most common activities included undermining the war effort by:

Later in the war, they even demonstrated against the Confederate government.

By January 1 1863, the Unionist cause was gaining steam in the South. Some citizens had been killed for resisting the Confederate draft, farmer’s crops had been impressed, and civil liberties were limited by the Confederate government.

The Unionist cause had always been strongest in Appalachian areas with low rates of slave ownership. The movement even existed in the Piedmont areas of North Carolina, which had been one of the last southern states to secede and join the Confederacy.

Although the majority of the population in Appalachia probably supported secession early in the war, support decreased drastically as the Confederacy suffered military losses and economic decline in July 1863, with losses at Gettysburg and Vicksburg. This was fertile ground for the Unionists to recruit and gain real power.

The Heroes of America started off as underground as any other Unionist organization. They identified each other through a secret handshake and a red string that they placed on their houses. This was inspired by the Biblical Book of Joshua, in which Joshua told Rahab to tie a red string to her window to distinguish her as an ally. This led to a nickname: The Red Strings.

Although precise numbers are hard to come by, they likely had over 10,000 members at their peak. They soon began to gain real political influence thanks to their increasing membership and some high-profile members.

One high-profile supporter was William Holden, the editor of the North Carolina Standard in Raleigh, and a leader of the peace movement. Holden ran for governor in 1864, inspiring many rallies.

However, his opponents accused him of being a member of the HOA (he was likely sympathetic, but not a member), and used that as a justification to shut down his supporters’ rallies. Ultimately, through voter intimidation, he lost in a landslide, and the HOA was politically irrelevant for the rest of the war.

Despite their political failure, the Red Strings experienced some success by other standards. It is hard to know exactly how many POWs and escaped slaves their underground railroad helped, but they did their part to help people to freedom.

It is also hard to be sure how much their intelligence helped Union forces, but Union troops did invade many regions in western Virginia (and current West Virginia) where they were active, so it would have been of some value.

The Southern Unionists during Reconstruction

After the war, the HOA carried on the fight by opposing the Ku Klux Klan, undoubtedly saving even more lives and advancing Reconstruction.

Holden even made a political comeback after he was appointed Governor of North Carolina by President Andrew Johnson. He was an enthusiastic supporter of Reconstruction and made numerous efforts to suppress the Ku Klux Klan. He was impeached by his political opponents but was pardoned posthumously by the North Carolina Senate in 2011.

Finally, during the war, the governor of North Carolina, and even Robert E. Lee himself had to redirect troops to deal with the potential uprising. Troops were pulled from Lee’s Army of Northern Virginia to put down gatherings and mini-uprisings and to hunt for Unionists.

During Holden’s run for governor, the North Carolina militia was sent to break up his supporters’ meetings. This although eastern North Carolina was partially occupied by the Union for almost the entire war.

The Heroes of America were far from the main cause of the South’s defeat, but they played their part. The society’s members did what they could and should be remembered as a stark example of how not all Southerners were united either around slavery or the Confederacy.