On Desperate Ground by Hampton Sides 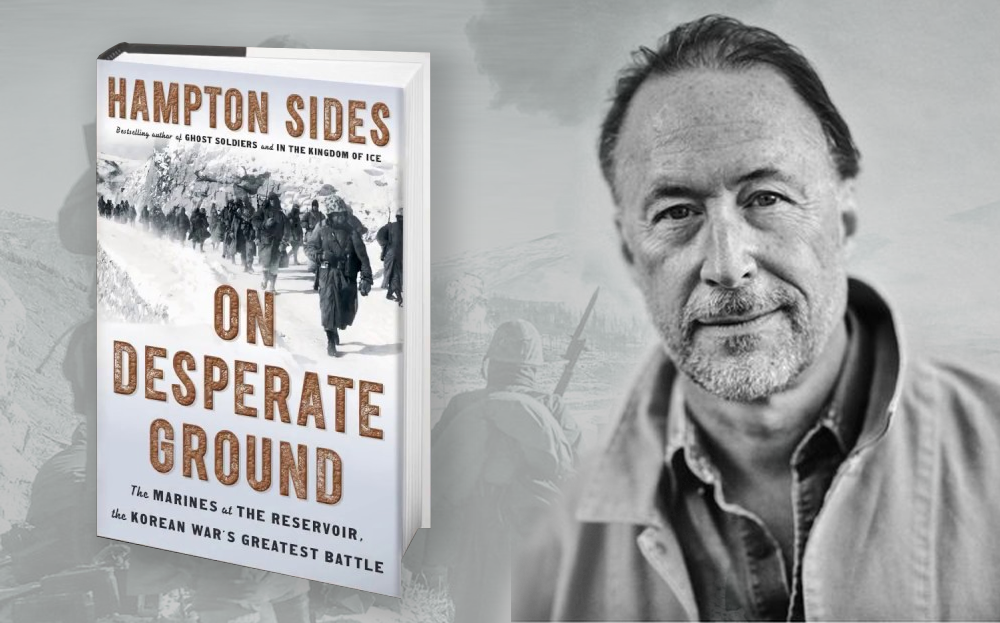 On October 15, 1950, General Douglas MacArthur, Supreme Commander of UN troops in Korea, convinced President Harry Truman that the Communist forces of Kim Il-sung would be utterly defeated by Thanksgiving. The Chinese, he said with near certainty, would not intervene in the war.

As he was speaking, 300,000 Red Chinese soldiers began secretly crossing the Manchurian border. Led by some 20,000 men of the First Marine Division, the Americans moved deep into the snowy mountains of North Korea, toward the trap Mao had set for the vainglorious MacArthur along the frozen shores of the Chosin Reservoir. What followed was one of the most heroic – and harrowing – operations in All US Air Force operations are oriented around the official Air Force Doctrine. Responsibility for developing doctrine rests on the Curtis E Lemay Center for Doctrine Development and Education at Maxwell Air Force Base, Alabama. Doctrine exists to guide the Air Force in the effective American military history, and one of the classic battles of all time. Faced with probable annihilation, and temperatures plunging to 20 degrees below zero, the surrounded, and hugely outnumbered, Marines fought through the enemy forces with ferocity, ingenuity, and nearly unimaginable courage as they marched their way to the sea.

Hampton Sides’ superb account of this epic clash relies on years of archival research, unpublished letters, declassified documents, and interviews with scores of Marines and Koreans who survived the siege. While expertly detailing the follies of the American leaders, On Desperate Ground is an immediate, grunt’s eye view of history, enthralling in its narrative pace and powerful in its portrayal of what ordinary men are capable of in the most extreme circumstances.

Reader’s Reviews Of On Desperate Ground

“Superb. A masterpiece of thorough research, deft pacing and arresting detail. This war story  –  the fight to break out of a frozen hell near the Chosin Reservoir  –  has been told many times before. But Sides tells it exceedingly well, with fresh research, gritty scenes and cinematic sweep.”
– Washington Post

“To this pantheon [of the best books on the Korean War] we can now add Hampton Sides’ On Desperate Ground, which hits all the right notes. It’s a story Marines are rightly proud of and one that should be of interest to anyone who wants to know more about the remains that just returned home from Korea, and why those men deserve to be remembered.”
– Wall St. Journal

Since there a lot of good books on the Chosin Peninsula battle, I didn’t know what to expect from this book. However, it does an excellent job of bringing together these existing sources coherently. The author also brings something that these other sources don’t, a strategic context for this great battle of the Korean War. As you would expect, General MacArthur is shown as the pompous fool that he was – he surrounded himself with yes men and was a primary culprit for the tragedy that unfurled. At the end of the book, President Truman’s quote was appropriate. (I won’t provide it here – you should read the book) The author also uses the many primary sources, Breakout by Martin Russ, Colder Than Hell, by Owens, and The Last Stand of Fox Company (and Devotion which is an excellent book on the first black naval aviator and his friend, also a naval aviator). If you are interested in more on the tactical aspects of the battle and the impact on individuals, I highly recommend these (as the author does at the end). I also highly recommend this book, it brings together elements from these sources and adds a strategic context thereby providing additional value.
~J. Groen

This book did something rather extraordinary for me. After reading it, twice, I was motivated to visit the US Marine Corps Museum just outside of Quantico. There, the museum keeps an entire section on what the Marines faced in Korea, including a life-size diorama with climate control to show the cold and, frankly, hellish conditions faced during a prolonged battle. As an aside, if you find yourself near Quantico, visit the museum. You will not regret it.
~J. Tant

History that reads like a novel. Even though the outcome is known, the reader feels the dreadful uncertainty of marines not knowing if they will escape the trap that bad planning, and the Chinese entry into the war had sprung at the Chosin Reservoir. The story is told through the experience of the individual participants, from generals to privates to civilians, who lived or died in the deadly battles. One is humbled to learn of the individual courage, the stalwart leadership and the blind luck that contributed to the Marines’ salvation.
~WB Hall

Hampton Sides is the author of In the Kingdom of Ice, Ghost Soldiers, Blood and Thunder, Hellhound on His Trail, and other bestselling works of narrative history and literary non-fiction.

His newest work, On Desperate Ground, will be published by Doubleday this October. Hampton is an editor-at-large for Outside magazine. His magazine work, collected in numerous published anthologies, has been twice named a Finalist for the National Magazine Awards in feature writing.

A recent fellow of the Santa Fe Institute, he teaches literary journalism and narrative history at Colorado College. A native of Memphis with a BA in history from Yale, he lives in Santa Fe with his wife Anne.