Legion of the United States 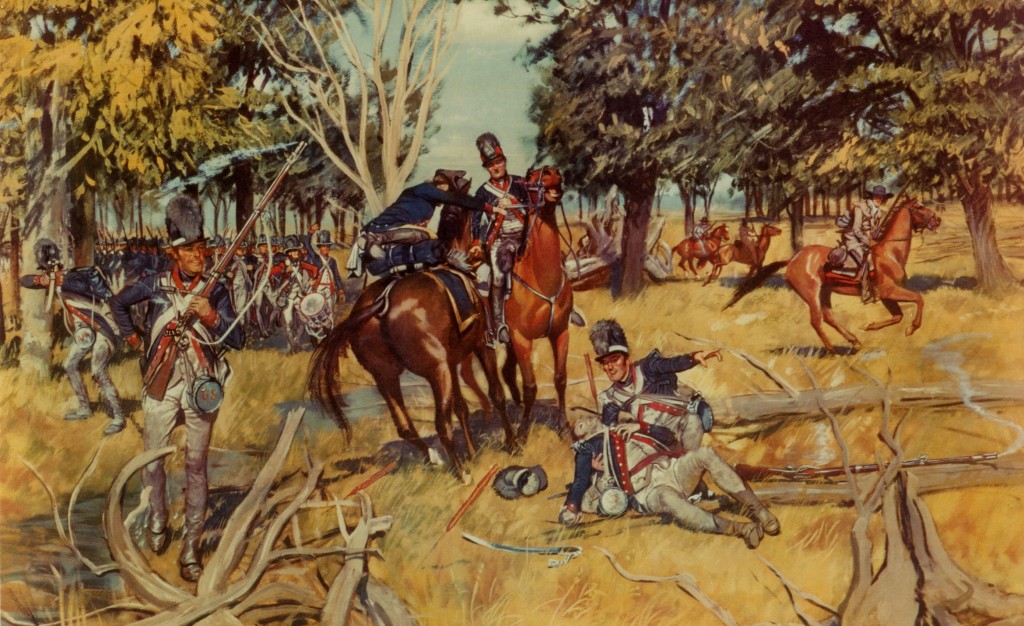 When the 13 American Colonies initially began resisting Britain, they had no organized military. Individual states fielded militias and troops, but a unified military was lacking. In part, this was a result of wary attitudes among many members of the public who did not support the idea of an organized military force acting on behalf of all of the colonies. The Continental Congress also shared this view.

After a few defeats, however, the Continental Congress reluctantly established the Continental Army as a unified means for the colonies to fight Great Britain. Officially established on June 14, 1775, George Washington was named its commander in chief. But unconditional support was missing.  The Continental Congress came up with an inadequate and, in retrospect, a foolish requirement where each of the then-colonies were to send men and to supply and pay those men. Since few colonies were able to meet these requirements, the Continental Army was often inadequately supplied with food, clothing, and other materials.

What was not lacking, however, was the spirit to succeed along with an interesting blend of traditional and well-established military tactics and innovations shown by members of the Continental Army. While it often struggled against the more highly trained and organized British troops in open battle, Continental forces were not above using guerrilla tactics to harry the British. It subverted traditional ideas about how wars should be fought, relying on knowledge of the terrain and creativity to fight the British, rather than attempting to overpower British forces by conventional means. Inconsist ent organization within the British military forces was exploited by Continental troops.

Though there were many defeats, there were also enough successes for the United States to win its bid for independence. After the signing of the Treaty of Paris in 1783 to end the Revolutionary War, the Founding Fathers, still suspicious of standing armies and believing that the militia would be suited to all the nation’s defensive needs, they disbanded the Continental Army. State militias became the new nation’s sole ground army, with the exception of a regiment to guard the Western Frontier and one battery of artillery guarding West Point’s arsenal.

However, because of continuing conflict with Native Americans, it was soon realized that it was necessary to field a trained standing army. The Regular Army was at first very small, and after General St. Clair’s defeat at the Battle of the Wabash,the Regular Army was reorganized in 1791 as the Legion of the United States.

The Important Decision of the Congress

The defeat of St. Clair, whose forces were drawn principally from state militias, caused a shift in thinking. President Washington picked his old lieutenant, General “Mad Anthony” Wayne, to lead a new professional army. At the recommendation of Secretary of War Henry Knox, it was decided to recruit and train a “Legion of the United States” that would combine all land combat arms of the day (cavalry, heavy and light infantry, artillery) into one efficient brigade-sized force divisible into stand-alone combined arms teams. Congress agreed with this proposal and agreed to augment the small standing army until “the United States shall be at peace with the Indian tribes.”

Eventually, the need for a standing Army was realized by congress, and in 1789, the United States Army was established.