Vietnam Beyond by Gerald E. Augustine 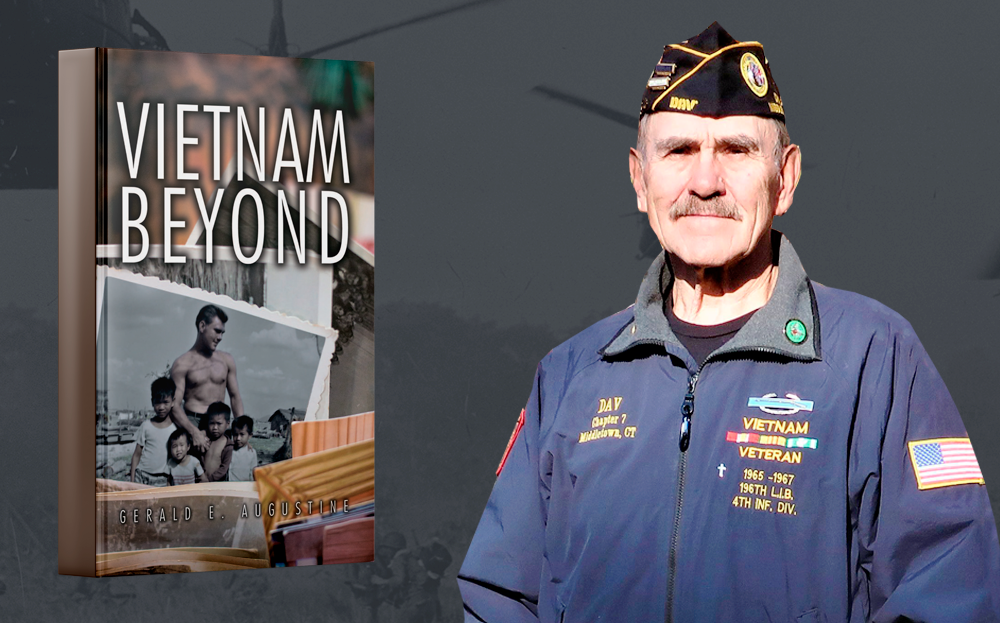 When Gerald Augustine shipped off to Vietnam in 1966, he brought a 1949 Kodak Brownie Hawkeye box camera at the behest of his mother. It turned out to be a great decision.

About the Author of Vietnam Beyond

He used the camera to document his experiences during and after the Vietnam War, and some of these images are included in his new book, “Vietnam Beyond.“

A Middletown, Connecticut native, Augustine graduated from high school in 1963 and went on to study at Central Connecticut State University and the University of Connecticut. He was soon drafted into the Army in 1965, serving with the 196th Light Infantry Brigade. On August 4, 1966, he was sent to Vietnam.

Augustine spent much of his time in Southeast Asia in combat. As a machine gunner, this meant ambush patrols, search-and-destroy missions, and helicopter assaults. He got a brief reprieve from the jungles only because an eye injury forced him to go to Saigon for surgery. There, he realized how far removed the South Vietnamese capital was from the war.

Gerald E. Augustine Captures His Experiences on the Front Lines of the Vietnam War

When he returned home, he suffered from anxiety attacks, post-traumatic stress disorder, and the lasting effects of Agent Orange, the chemical defoliant used to clear strips of dense jungle canopy that hid and fed the communist enemy.

“Vietnam Beyond” is a glimpse of reality through Augustine’s camera, those both beautiful and terrifying, all of which have stuck him over the ensuing decades. He captures his experiences on the front lines of the Vietnam War, writes about his struggles and setbacks, and discusses the effects of Agent Orange on his life and family.

But the book isn’t just about his experiences in Vietnam. It captures the life he returned to in 1967. He would move back home to the same street where he grew up and went to school. He worked as an engineer on Pratt & Whitney engines before he took over his father’s roofing business. Most importantly, he took the advice of a friend in Vietnam who suggested he would enjoy bodybuilding when he got home.

Sport in the Life of Gerald E. Augustine

That’s when Augustine began a life of intense physical training and competition. All of his experiences, good and bad, drove him to be the best he could be at everything he encountered in life and allowed him to defeat his personal demons.

In 1975, Augustine won the Mr. New England bodybuilding competition, a grand feat for any competitive athlete, but he didn’t stop there. Even as he aged into his 50s, 60s, and 70s, he continued training and competing. The whole time, he struggled with the unseen wounds of his time at war.

Now in his late 70s, Augustine is still a competitor and still lives in Middletown, Connecticut. He is active in local chapters of veteran service organizations and was inducted into the Connecticut Veteran Hall of Fame in 2021.

“Vietnam Beyond” by Gerald E. Augustine is available on Amazon in Kindle and Paperback for $35 or at Barnes and Noble.