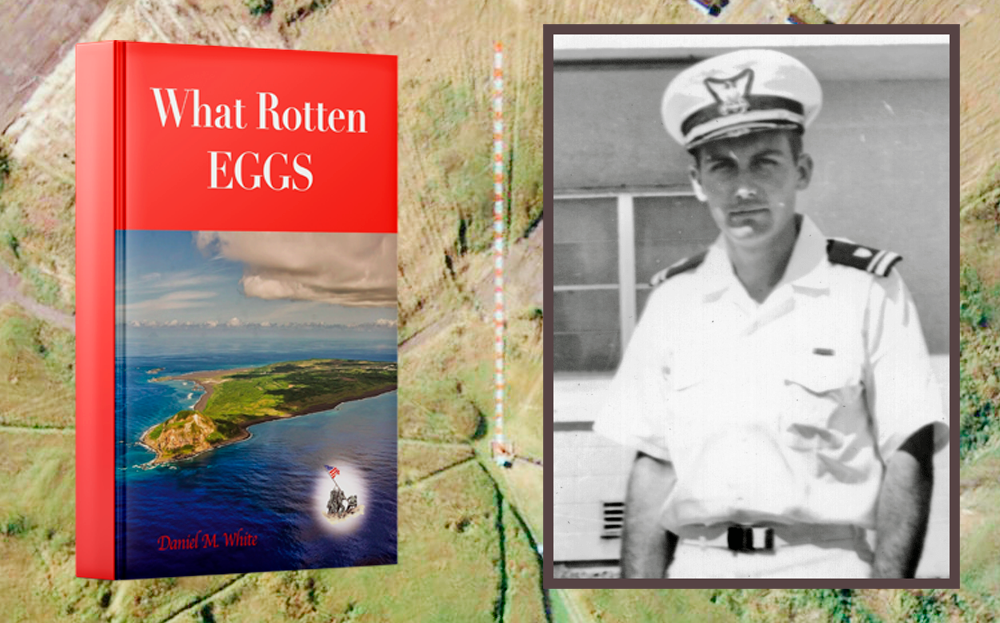 During World War II, the Coast Guard built its LORAN, or long-range navigation systems, a network of land-based transmitting stations that would give military ships and aircraft a means of accurately navigating to their destinations.

After the war, the LORAN became the primary means by which the entire world navigated the oceans. LORAN stations were built wherever there was local support for them, but those who worked at these remote locations often found themselves far from home, isolated, and lonesome.

The LORAN on Iwo Jima was operated by the Coast Guard from World War II until it was taken over by the Japanese government in 1994. Coast Guard veteran Daniel M. White’s book “What Rotten EGGS” is a fictional work based on true stories about USCG LORAN during the period after the Second World War.

The book follows a Coast Guard Lieutenant as he begins a tour as the new commanding officer of the LORAN Station on Iwo Jima, Japan. While he wasn’t sure what to expect on the remote and desolate island, he never could have predicted the weird happenings and the challenges he would face.

In just his first week of command, one crew member went insane, another threatened to knife him in his sleep, and the third tried to sail off the island in an oil drum raft, attempting to make the 700-mile journey to Tokyo.

The new commander was also woken at 0400 on his first Saturday night to handle a sailor that was threatening to kill people in the bar. He got the situation under control but came close to getting blasted with a sawed-off shotgun.

As he gains experience and gets to know the men better, he realizes that isolation is the real enemy.

About the Author of What Rotten EGGS

Daniel M. White was born in 1938 in New York City. He graduated from the U.S. Coast Guard Academy in 1962. His first assignment was as a communications officer on USCGC Pontchartrain, based in Long Beach, California. In his long Coast Guard career, White also served as commanding officer of the LORAN Station on Iwo Jima when it was under USCG control.

After military service, he spent thirty years in the high-tech industry. He worked for both IBM and Apple Computer. He is retired and lives with his wife in Chapel Hill, North Carolina. He has three grown daughters and five grandchildren.

White’s book comes at a time when much of the world is still dealing with the problems that arose from being isolated from friends and family during the COVID-19 pandemic and lockdowns. In the book, the Coast Guard leadership tries many things to reduce boredom and improve morale and mental health, but most efforts fail. It’s a poignant reminder that humans need one another to survive, mentally and physically.

Then the base leaders try one last time to curb the boredom and fix the psychological issues that are impacting the Coast Guardsmen, which becomes a silver bullet. Readers will just have to find out what that is by reading the book.

The hard copy of “What Rotten EGGS” is $27.00 and can be purchased at Dorrance Publishing or on Amazon.