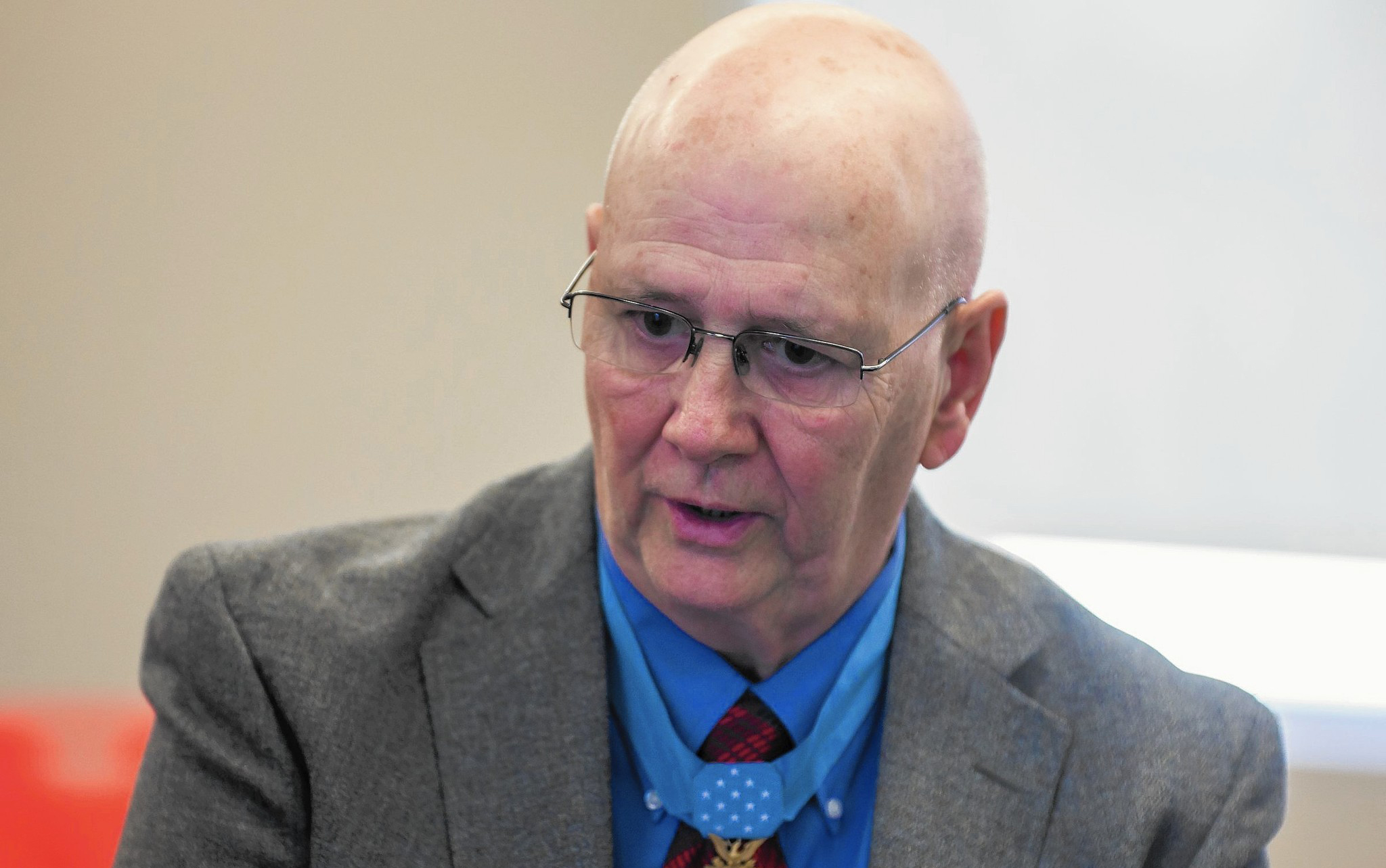 When Allen James Lynch Graduated from high school, he knew he would either have to go to a college or trade school or wait to get drafted. He decided to chart his own course and join the Army. He didn’t want to wait for something to happen to him, so he made his way to a recruiter.

“I wasn’t the hero you read about in books, you know,” Allen said in a 2011 interview. “I was bullied a lot, pushed around in grade school, high school. I had a bad self-image. I had to test myself… I had to figure out who I was.”

So Allen James Lynch joined the Army in 1964. Two years later, he volunteered to serve in Vietnam. Lynch arrived there with Company D, 1st Battalion of the 12th Cavalry Regiment, 1st Cavalry Division (Airmobile) on May 31, 1967. Around six months later, he would be fighting for his life and the lives of his fellow soldiers. For his acts of astonishing bravery under fire, he would receive the Medal of Honor.

In December 1967, the Chicago native was a specialist four with his unit in South Vietnam’s Binh Dinh Province. Lynch was his company’s radio telephone operator when it was near the village of My An.

“We had been in the field for quite a long time,” he said. “We’d been chasing the North Vietnamese and the VC quite a lot during November and December. There were a lot of firefights and contact, so they pulled us out to stand down.”

They were enjoying some time off, along with the clean showers, hot food, and trips to town that came with it, when one day, they were called into a briefing. A Company had been ambushed in the field and were calling for help. Lynch’s company was assigned to Air Assault in the next day at 0030 to relieve them.

The air assault landed them near the village of My An. Company D moved around the landing zone to meet A Company at its flank. They didn’t know they were walking into an even greater trap.

Outnumbered, one of his company’s point men tried to move back; his partner was wounded in both legs. The point man was shot trying to make his way back. Lynch retrieved the wounded man under intense enemy fire and brought him back to friendly lines. Knowing there was another wounded soldier out there, Lynch dropped his radio and dashed for the wounded man.

While Lynch was retrieving the wounded, he found himself pinned down. A third soldier attempted to join Lynch but was shot down for his trouble. Lynch went out and retrieved the third wounded soldier. The fire was so intense he was forced to move back to his pinned-down position.

Allen James Lynch aided the two wounded men, unable to move either back to friendly lines. He made his way across the deadly battlefield to check out a trench but found two enemy soldiers in it. He cleared the trench at point-blank range, then moved one of the wounded through the hail of gunfire to the safety of the trench. Then, he went back for the other man.

The three soldiers stayed in the trench, receiving small arms fire from the North Vietnamese and Viet Cong guerrillas while taking close air support fire from their own side. For two hours, Lynch defended their isolated trench, even as the communists advanced on them. He killed five enemy soldiers right in front of his trench.

Finally, he was able to carry both men across another exposed area to a more secure position. As he took up his new spot, he identified an American force making a counterattack. With help keeping the wounded safe, he coordinated a friendly advance while evacuating the wounded men. Lynch crossed the deadly terrain five times to rescue the wounded, risking his own life with each trip.

Lynch Was Presented with the Medal of Honor

With the wounded evacuated, Lynch had a few “liquid refreshments” before rejoining his unit for another standdown. When he finally returned with his company, he learned they’d put him up for the Medal of Honor. On Armed Forces Day, 1970, Lynch was presented with the medal by President Richard Nixon, along with 11 other recipients.

“I was so blown away when they put that medal around my neck; I never realized the impact it would have on my life.”